It is RAINING! We had a light shower yesterday morning but since 5 a.m. (at least), it has been a steady rain, with a little lightning and thunder. One of our dogs is deathly afraid of storms, so he let me know it was happening a little before 5 a.m.! So far, we have had over 2 inches of rain. I don’t know about your garden, but mine desperately needed a good soaking.

For the past two weeks, I have felt like a garden hose was permanently attached to my arm. My sprinkler system (which is over 30 years old) had another leak, so the main zone was out of commission for about 3 weeks. 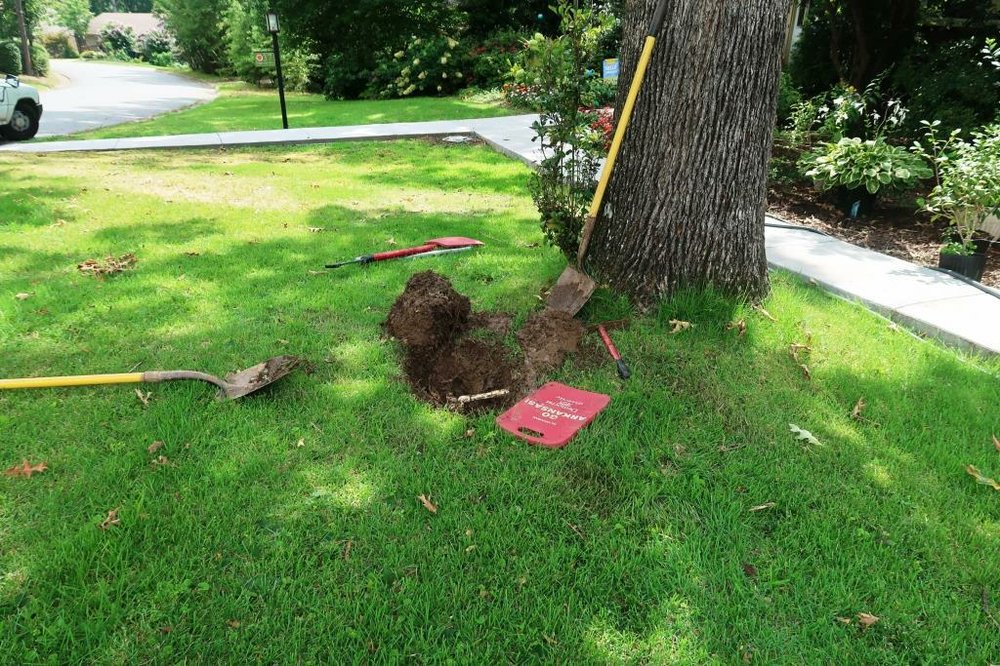 When my system was put in by a previous owner, I am sure this front tree was quite small. Now that it has grown so large, the woodier, larger roots caused one of the main rigid pvc pipes to crack. 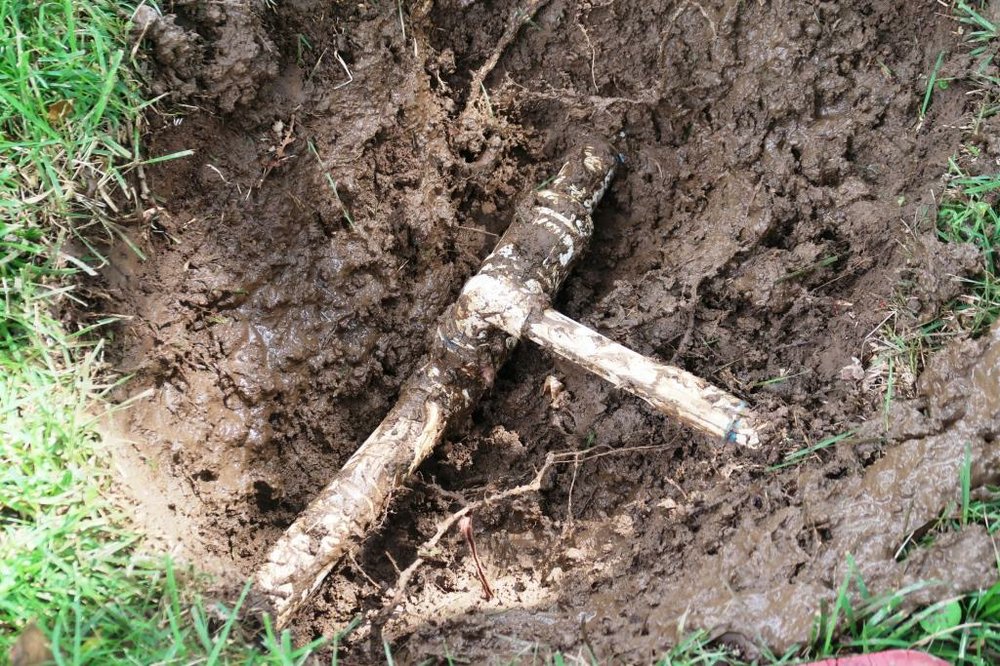 When I would turn on the system, I didn’t have the water pressure I was used to, so I knew something was up. Then some of the heads stopped coming on. As the leak got bigger, it started to flood that part of the yard. Matt Collins from Collins Sprinkler Repair was called and I had to be fitted into his schedule. This is high season for sprinkler systems.

He got to me within the week, and he quickly found the leak, but needed more parts—flexible tubing of a larger size than he normally carries. Once that got fixed, we still weren’t happy about the water pressure. 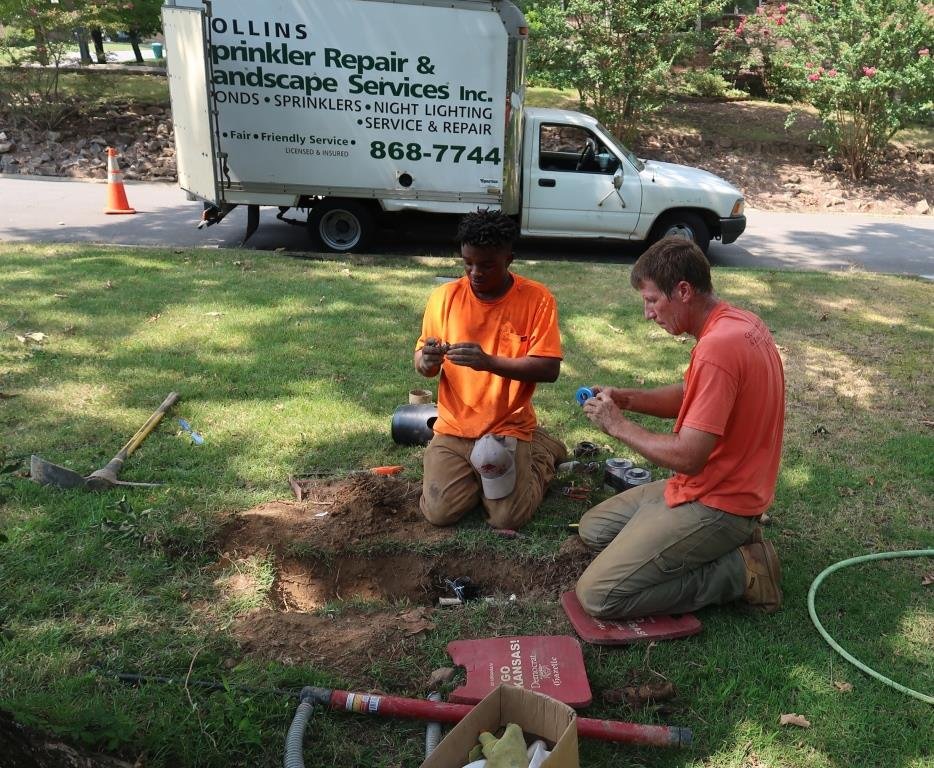 A new valve box fixed it like a charm. Matt Collins does great work! I now have better pressure and coverage that I have ever had. No more moving hoses in the front yard. As soon as it was fixed, we got rain! Go figure. I am not complaining.

The heat and humidity that has accompanied August, has been brutal. Many people have been saying they expect upper 90’s into 100’s for the month of August. Last year our highest temperature was 95 and just for two days. We had a mild summer last year. This one has been feast or famine---floods to arid, and lots of heat and humidity. Today the rain is falling so fast that flash flood warnings are going off all over. My cell phone went off with an ear-splitting alert at 5:30 a.m. Luckily I was already up because of a scared dog.

A friend wanted to show me the Me and McGee market in NLR, so we made plans to go this morning. It was lightly raining when we left, but was pouring buckets when we got there. And the rain did not slack up at all while we were there. 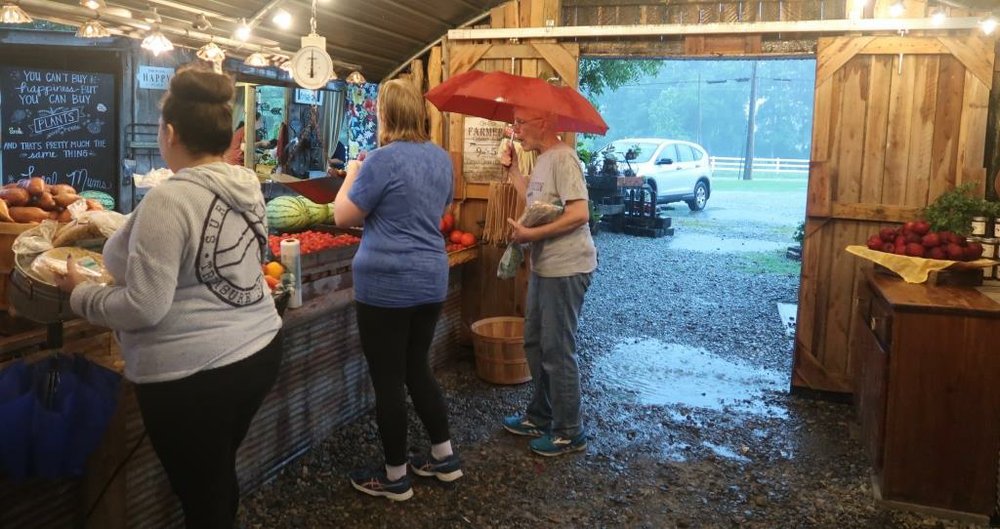 We thought we would let it slow down, but since that didn’t appear to be anytime soon, we made our purchases in the rain and made a mad dash back to the car. Two drowned rats for sure. Surprisingly we weren’t the only fools up and about, although it was light traffic for their market. 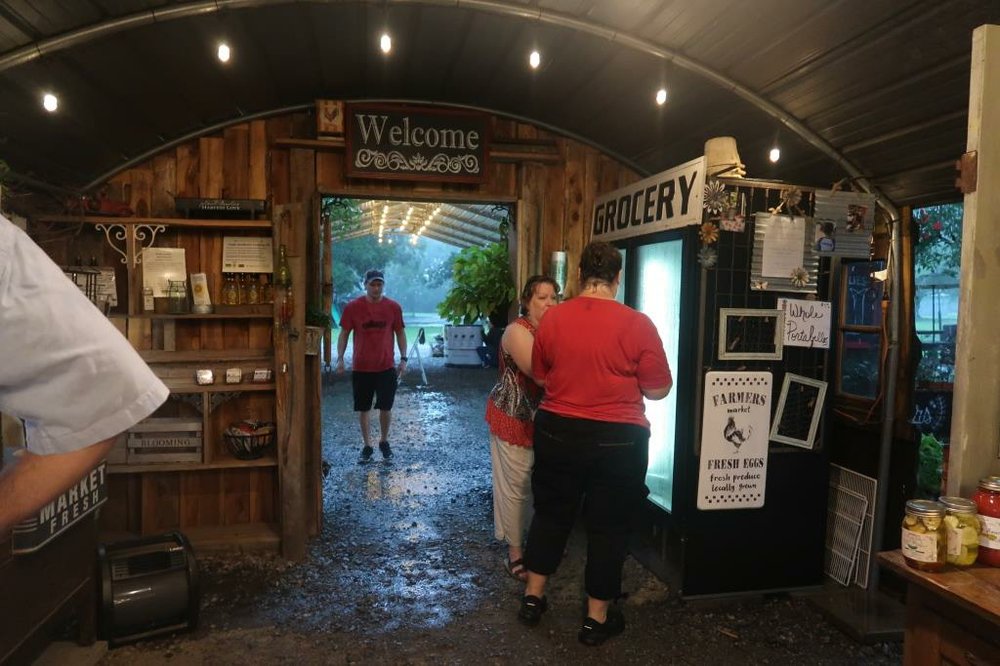 Driving home was interesting with all the water clogging the drains and roadways.