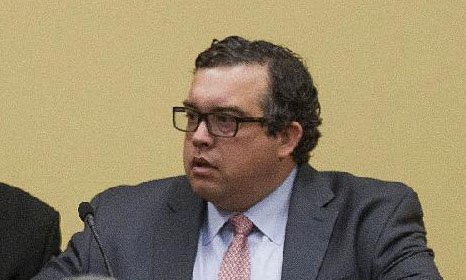 As Arkansas Democrats saw their fortunes in state politics shift over the past decade, the party spent a lot of money in an attempt to maintain its power, while struggling to pay off its long-standing debts, reports to the Federal Election Commission show.

That debt continues to remain a burden on the party, according to its leadership. Meanwhile, fundraising hauls lag behind where they were when the party controlled offices from the Governor's Mansion to the state Legislature to the congressional delegation sent to Washington, D.C.

In February, the party took out a $60,000 loan from Simmons Bank, according to FEC records, increasing its total debts and obligations to $79,217.

By contrast, the Republican Party of Arkansas has remained largely debt free for the past decade, its federal reports show.

"Anytime you control the Legislature, control the [state] Capitol, contributions are easier to garner," state Democratic Party Chairman Michael John Gray said in an interview. "We can't be the party we used to be because we're not the same state we used to be."

Gray's leadership of the party and management of its finances were called into question earlier this week by an attorney who is also a blogger, Matthew Campbell. He posted records showing that financial statements submitted to state and federal authorities were repeatedly amended, while still containing numerous alleged accounting errors. Campbell also questioned large deficits reported in state filings as well as pay raises given to Gray's chief of staff.

On Thursday, Gray called a meeting of the party's State Committee, to be held Aug. 17, in order to respond to the allegations. Gray has denied any wrongdoing and said he has no plans to step down.

In an email to party leaders Friday, Gray announced that he was putting together an oversight committee chaired by former Rep. Johnnie Roebuck of Arkadelphia to conduct an audit of party finances. Such an audit was called for by several Democratic lawmakers earlier in the week.

In addition to its debt, the state Democratic Party reported to the FEC that it had $14,640 cash on hand at the end of June, after starting the year with just $1,715.

When Gray was elected chairman in March 2017, the party had $34,832 in debt and $11,776 in cash, according to the FEC report it filed for that month. That amount of debt was not unusual for the party, based on its filings over the previous decade.

Between 2005 and 2006, the state Democratic Party, under the leadership of then-Chairman Jason Willett, took out $300,000 in loans from First National Bank of Jonesboro. While the party paid back most of those loans within a year, it ended the election cycle with a debt of $75,000. At the time, the party had been left out of the Governor's Mansion for nearly a decade during the administration of Gov. Mike Huckabee, a Republican. Willett, in a phone call Friday, recalled that the party was excited for the 2006 elections and its gubernatorial nominee, Mike Beebe, who would end up being elected governor for two four-year terms.

"It was a necessary tool for the party to prepare and go through with the election cycle," Willett said of the loans.

The Democratic Party continued paying off its loans from First National Bank until early 2017, according to FEC reports. Vincent Insalaco, who was appointed by Beebe to lead the party in 2013, said Friday that the party paid off its 2006-cycle debts under his tenure, which ended when Gray took over.

Insalaco also told the Arkansas Democrat-Gazette that under his tenure, the party was able to pay off some of its "substantial" mortgage on its party headquarters on Capitol Avenue in Little Rock. That allowed the party to tap into a line of credit from Simmons Bank, Insalaco said. The party took out $65,000 in loans from the bank during Insalaco's tenure, according to FEC reports, and a further $87,500 in loans under Gray, including the most recent loan in February.

Under Insalaco's tenure, the party also raised prodigious sums of money that were spent on high-profile races.

During the 2014 cycle in which Democrats lost the Governor's Mansion and Mark Pryor's U.S. Senate seat -- the last federal office held by an Arkansas Democrat -- the party spent more than $9.3 million. Still, the party raised even more money from individual donors and political action committees, and ended the year in the black. In the 2016 cycle, with former Arkansan Hillary Clinton running for president, the party raised and spent more than $3 million, though it ended the year with a negative cash balance.

When he took over the party after the 2016 election, Gray said that he discovered its finances had "left the party running on a shoestring budget."

There were three full-time staff members, which Gray said he has since increased to six. (Gray, like previous party chairmen, is unpaid.) Gray said he also was left with unpaid expenses from the 2016 campaign.

Gray also inherited an FEC inquiry into numerous reporting errors on documents submitted to the federal agency during the 2016 election cycle. In February 2018, the party reached a settlement with the FEC to pay a $10,400 fine. (Among the allegations laid out in Campbell's blog post was that the party was 50 days late in paying the fine.)

"It was a hole I had to climb out of," said Gray, adding that he now regrets not calling for an audit of the party's finances at an earlier date.

Insalaco said it is difficult for the leader to keep charge of finances as rank-and-file members focus on more political matters, such as party filing fees. He said the job became more difficult after the party lost control of state and federal offices. For example, Insalaco said, it is easier to attract an exciting keynote speaker that will bring people -- and donors -- to the party's annual Clinton Dinner if a sitting governor or U.S. senator can make the call requesting that the speaker come.

"It's on your mind constantly," Insalaco said. "I don't envy the position Michael John is in -- it's very difficult."

Gray said he remained hopeful that the Clinton Dinner later this month -- headlined by presidential candidate and former U.S. Rep. Beto O'Rourke of Texas -- will be able to bring in $150,000 to $250,000 for the party. While the dinner has not sold out, Gray said that a smaller event on Thursday featuring another presidential candidate, U.S. Sen. Amy Klobuchar of Minnesota, has sold out.

Before O'Rourke takes the stage Aug. 17, State Committee members will discuss the possibility of an audit and the future of the party's leadership. While some, including an attorney for the party under both Gray and Insalaco, have called on Gray to step down, other party leaders have called for more time to review the situation.

Sen. Will Bond, D-Little Rock, said he has yet to review the blog post in detail. As a party chairman from 2011 until 2013, he said the challenge of leading the party and its finances can be punishing even when political fortunes are good.

"Most people who have ever done it are excited to be done with it," Bond said. 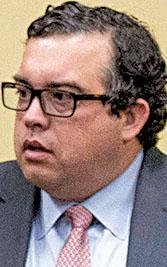