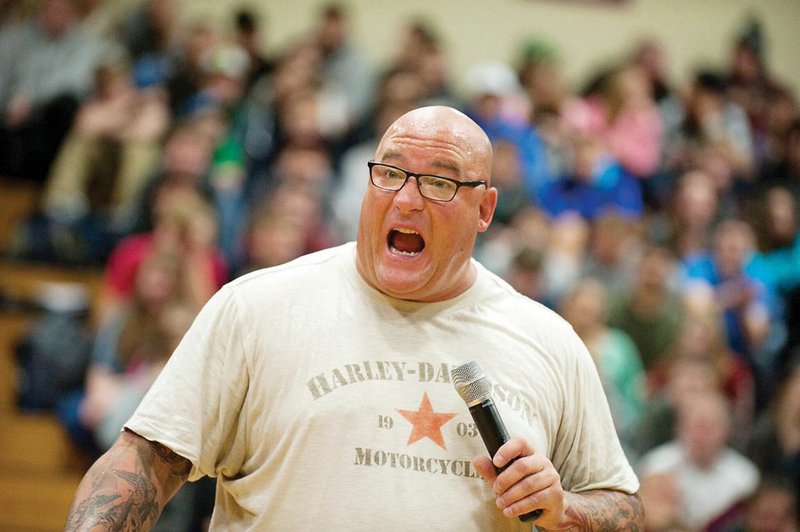 Jeff Yalden, a mental-health and suicide-prevention expert, will speak at the Veterans Park Community Center in Cabot on Monday. Yalden has written several books on dealing with depression and suicide. He will speak with Cabot School District faculty and staff Monday morning, then speak to the public from 1-2:30 p.m at the community center.

CABOT — A nationally renowned mental-health and suicide-prevention expert will speak at the Veterans Park Community Center in Cabot on Monday.

Jeff Yalden of Myrtle Beach, South Carolina, will speak from 1-2:30 p.m. at the community center. This is after he does a speaking engagement with Cabot School District faculty and staff Monday morning at the Cabot Fine Arts Center.

“We would love a big turnout,” said Terena Woodruff, director of counseling for the Cabot School District. “Our community, like many others, will say we’re not doing anything about teen suicide. We’re doing something, and obviously, we hope people will come.”

Yalden is a four-time Amazon bestselling author. His recent books include Teen Suicide: The “Why” Behind America’s Suicide Epidemic and Boom: One Word to Instantly Inspire Action, Deliver Rewards, and Positively Affect Your Life Every Day!

Woodruff said she has read several of Yalden’s books.

“They are very easy reads,” she said. “It’s very targeted at an audience. You’re not being preached at. It’s almost like a conversation he’s having in his books.”

Woodruff said the reason for having Yalden come to the district to speak is twofold.

“The first one is, over the past 10 years, suicide rates in the United States have increased drastically,” she said. “It’s something that traditionally hasn’t been talked about. We need to be more open about talking about it. We learned about Jeff Yalden and saw some of his work and read some of his books. We had an opportunity to invite him as another piece of helping to educate and spread the word about suicide prevention.”

Secondly, Woodruff said suicide prevention is part of a five-year cycle of professional development for teachers in the state.

“On Monday morning, he will meet with all the Cabot staff in the Fine Arts Center,” she said. “He will speak to help educate us, give us his experience — things we can do, strategies to help our community. It will be specifically targeted at students and their families because that is his audience.

“Monday afternoon, we’ll be at the community center. He’ll do the same type of thing, but it will be targeted toward parents and community stakeholders instead of just the school perspective.”

“Over the past few years, the district has hosted a number of similar community events,” he said. “We understand that 1-2:30 p.m. may not be convenient for those who work, but this was the only time Mr. Yalden was available. We felt like it was important to still offer the afternoon event rather than not at all. We are encouraging every parent and community member to attend, if possible, since this topic is relevant to everyone.”

“He engages his audiences,” she said. “He gives real-world strategies, how to help, what to look for. He is a mental-health professional. He’s struggled with depression himself. He knows it from both sides — the cynical side and the person who needs it.”

For more information about Yalden, visit his website, www.thejyf.org.