CRITICAL MASS: 50 years ago ... Woodstock brought the summer of love, the '60s to a close 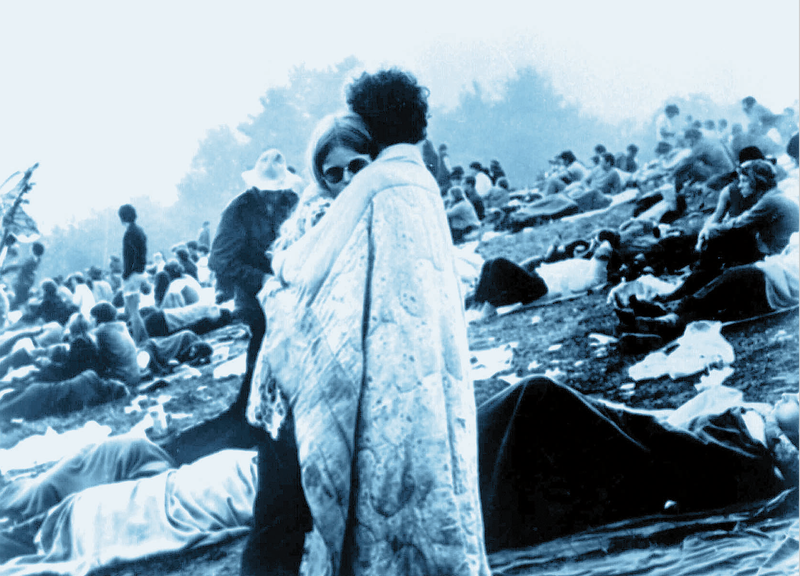 A couple embraces during the Woodstock Music and Art Fair, which was held Aug. 15-18, 1969. This image is considered an iconic symbol of the event. (AP file photo)

"Somebody somewhere is giving out some flat blue acid ..."

It started as a business plan, as an ad in The Wall Street Journal reading: "Young men with unlimited capital looking for interesting, legitimate investment opportunities and business propositions."

Joel Roberts was a rich kid, the nephew of Leonard N. Block, chairman of Block Drug Co., makers of Polident denture cleanser, Poli-Grip denture adhesive, Dentu-Creme denture toothpaste, Nytol sleeping pills, Tegrin medicated shampoo and Lava soap. He liked George Gershwin. He met Joel Rosenman on the golf course when they were both business students at the University of Pennsylvania.

Roberts and Rosenman were pretty self-aware; after college they wanted to write and produce a TV sitcom about a couple of naive young venture capitalists with plenty of money and no ideas. They placed the ad in order to interview the sort of people who respond to such an ad. To get ideas. About 5,000 people answered it. Roberts and Rosenman followed up on some of them. 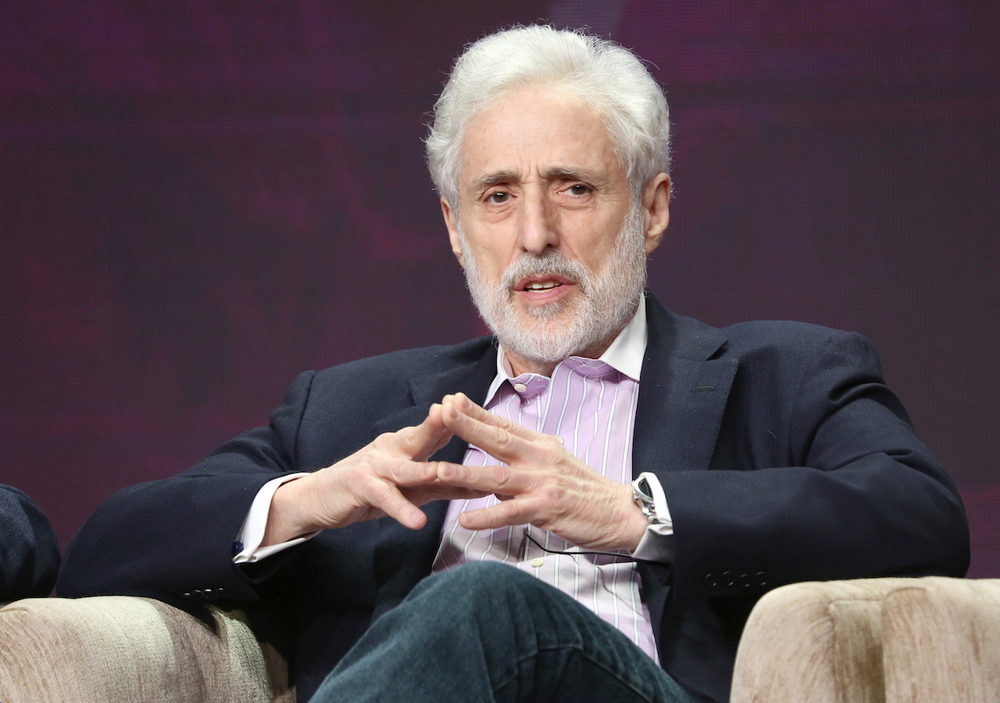 Joel Rosenman was co-producer of the 1969 Woodstock Music and Art Fair. (AP)

They invested $1 million in a plan to open a state-of-the-art recording studio in an old Baptist church in midtown Manhattan. The result was Mediasound Studios, where the Velvet Underground's VU, T. Rex' Electric Warrior, Stevie Wonder's Innervisions and the Talking Heads ' More Songs About Buildings and Food were recorded.

Involvement in Mediasound brought them into the orbit of Michael Lang and Artie Kornfeld, who wanted to build a recording retreat called Studio-in-the Woods in Woodstock, N.Y., where Bob Dylan, members of the Band and other musicians were living. Roberts and Rosenman were skeptical about the idea but counter-proposed a concert with some of the local talent to raise capital for the project.

Lang and Kornfeld agreed, and the four formed Woodstock Ventures, with an office in a Manhattan skyscraper, in January 1969. Lang had some prior experience -- he had co-organized the two-day Miami Pop Festival that drew about 25,000 people the year before. Woodstock was to be bigger -- a three-day festival. While the promoters kept telling officials they expected no more than 50,000 attendees, privately they hoped to attract many more.

They found a location for the event in an industrial park in Wallkill, N.Y., about 40 miles south of Woodstock. They printed tickets ($7 for one day, $13 for two days, and $18 for three days), which could be bought in a few select stores or via mail order. They began signing acts, making preparations.

But when the Wallkill Concerned Citizens Committee formed to fight the festival, they turned their attention to a farm near Saugerties, N.Y. When that landowner refused permission, they went back to Wallkill. On July 15, 1969, the Wallkill zoning board ruled the portable toilets planned for the festival did not meet town code.

(Fifty years later, the plans for a concert celebrating the 50th anniversary of Woodstock was scrapped after Lang ran into similar problems securing a venue. It was originally announced for Watkins Glen, N.Y., then moved to Vernon, N.Y., and finally to Maryland, upon which everyone lost enthusiasm. "It's not been surprising that we weren't able to pull this off," Lang told The Associated Press.)

Finally, in desperation, they found a spot in Bethel, N.Y., in one of dairy farmer Max Yasgur's hay fields. (It was about three miles from Yasgur's main operation and about 70 miles from Woodstock.)

"Woodstock Ventures has stressed the measures it is taking to insure in policing and in handling, [sic] health and traffic problems," The New York Times reported. "It is seeking 300 off-duty New York City policemen to staff the festival.

"The fair ... does have some detractors in Bethel. The opposition has not coalesced into a formal group, but a ... sign has appeared in town. It reads: 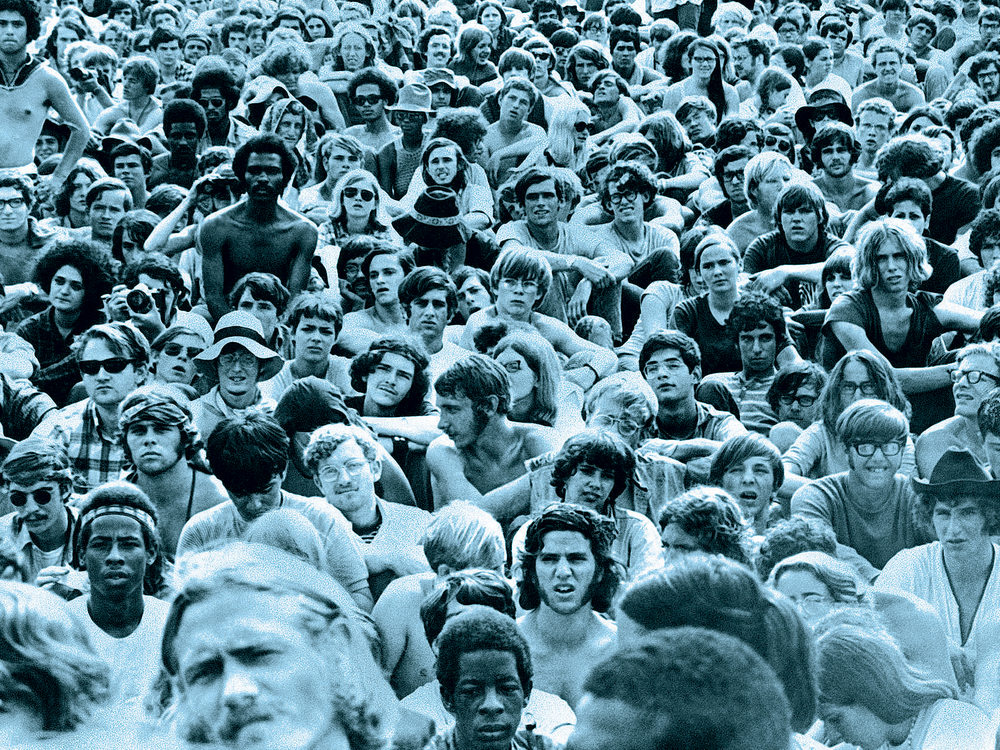 Thousands gathered for the Woodstock Music and Art Fair in 1969. (AP)

Less than a month before the proposed dates, with advance ticket sales reaching 186,000, work hadn't started on building the stage, parking lots or concession stands.

Two days before the concert was to begin, an estimated 50,000 people showed up to camp on the grounds as crews were still erecting the sound system. With fences and ticket booths still under construction, there was nothing to keep them out.

And it wasn't practical to kick them out. At the last minute, Police Commissioner Howard Leary denied NYPD officers approval to work Woodstock security. So organizers were left with a few officers recruited from the ranks of the Woodstock and Bethel police departments. (Several NYPD officers did show up and work the festival under assumed names.) Instead of 300 security officers, the festival may have had fewer than 20 unarmed police officers, assisted by members of a local commune.

At least, unlike the organizers of the Altamont Festival that occurred a few months later, they didn't hire a violent motorcycle gang to handle security. And, unlike at Altamont, the stage at Woodstock was sufficiently elevated that it was difficult if not impossible for random crowd members to clamber up on it.

Situated in a natural amphitheater, with a pond behind it, Woodstock's stage was accidentally well positioned both for the convenience of concertgoers and the safety of musicians. The crowd could hear and see, but they couldn't touch. 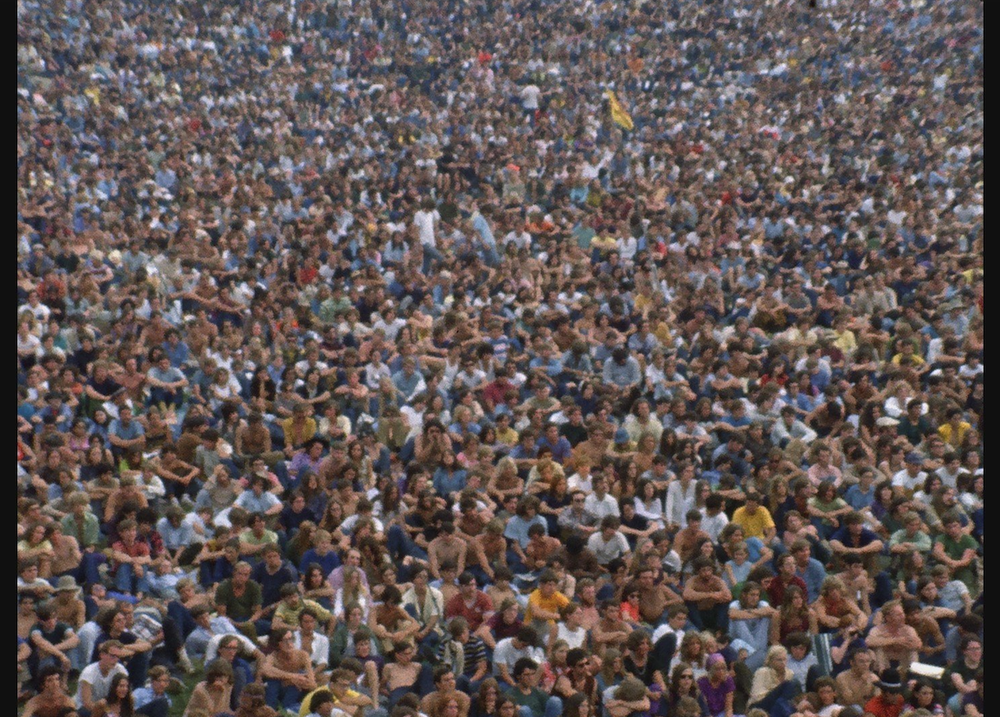 A scene from the film "Woodstock: The Director’s Cut," which will be shown Thursday in select theaters. (Courtesy Fathom Events)

After the promoters declared it a free concert, radio stations spread the word and thousands more descended on the property, famously choking the roads. Though Arlo Guthrie mistakenly announced from the stage that the New York Thruway had been closed, several other routes were closed as people abandoned their cars in the middle of the roads and walked cross-country to the festival. The organizers had to hire helicopters to ferry the performers in and out of the venue.

Remarkably, everyone seemed to have gotten along. Over the three days of the festival two deaths were reported -- one a probable drug overdose and a young man accidentally crushed to death when a tractor ran over his sleeping bag. Given the relative youth of the Woodstockgoers, that's remarkable; the attendees might have been more prone to misadventure than the general population. (According to one contemporary survey, Woodstock attendees were predominantly white middle- to upper-middle class, and between the ages of 17 and 23; 43 percent were single, 30 percent married, 14 percent co-habitating and 13 percent divorced.)

The births of two babies were announced from the stage, though curiously, no one has ever come forward claiming to be a Woodstock baby.

Most amazing of all is the lack of any recorded violent incidents apart from the on-stage altercation that occurred when Abbie Hoffman interrupted The Who's set to complain about their playing rock 'n' roll "while John Sinclair rots in prison." Pete Townshend speared Hoffman in the head with the neck of his guitar while inviting him to "get off my ... stage." Hoffman did, and Townshend warned the audience that the next person to interrupt the set would "get ... killed."

(Unfortunately the film crew under the direction of Michael Wadleigh, which included assistant director Martin Scorsese and supervising editor Thelma Schoonmaker, was changing film in the camera at the time of the incident. Only its audio survives.)

Richie Havens and his band opened the festival just about on time, beginning his set at 5:07 p.m. on Friday Aug. 15, though their bass player was unable to fight his way through the crowds to get to the festival. (Havens played longer than was scheduled because other performers were delayed, leading to his impromptu performance of "Freedom," a song he made up on the spot.)

When Jimi Hendrix closed the festival, beginning his set at 9 a.m. Monday Aug. 18, after several rain delays, there may have only been about 35,000 people left. ("The Star-Spangled Banner" wasn't his encore -- "Hey Joe" was.)

And it was over. The promoters refunded the tickets of about 18,000 advance buyers who found it impossible to get into the festival and found themselves faced with more than 70 lawsuits. When the smoke cleared, Woodstock Farms had lost more than $1.6 million.

They made most of that up when they sold the rights to the documentary they'd commissioned from Wadleigh to Warner Bros. for $1 million and a small percentage of the box office take. 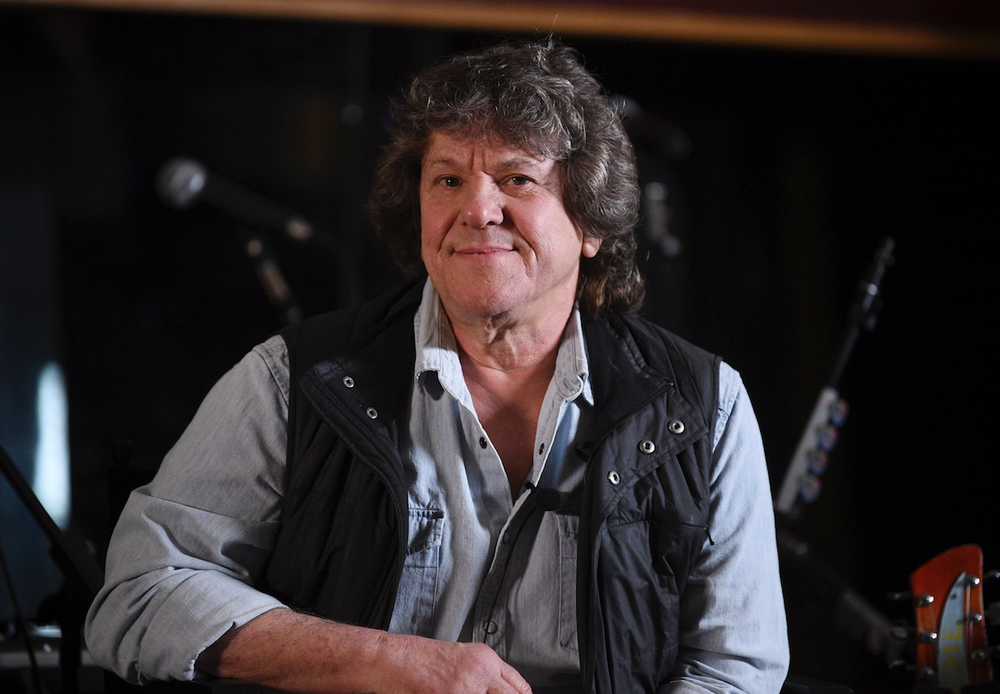 Michael Lang is the co-founder of the now-canceled Woodstock 50 concert. (AP)

Within a decade Woodstock made more than $50 million in worldwide box office receipts and Warner Bros. earned $16.4 million in rentals. It won the 1970 Oscar for Best Documentary. On Thursday, the three-hour, 44-minute Woodstock: The Director's Cut will be beamed into theaters all over the country, including the Colonel Glenn 18 in Little Rock, the Razorback Cinema in Fayetteville, the Malco Fort Smith Cinema in Fort Smith and the Hollywood 15 in Jonesboro. Tickets are available at FathomEvents.com. A planned 50th anniversary concert has been canceled.

A three-LP live album, Woodstock: Music From the Original Soundtrack and More, was released by Atlantic Records in 1970, and became the year's No. 1 selling album.

It was a business plan. Nothing too Aquarian about it.

Print Headline: Woodstock brought the summer of love, the '60s to a close