WATCH YOUR LANGUAGE! X, Y and Z are more than just The End 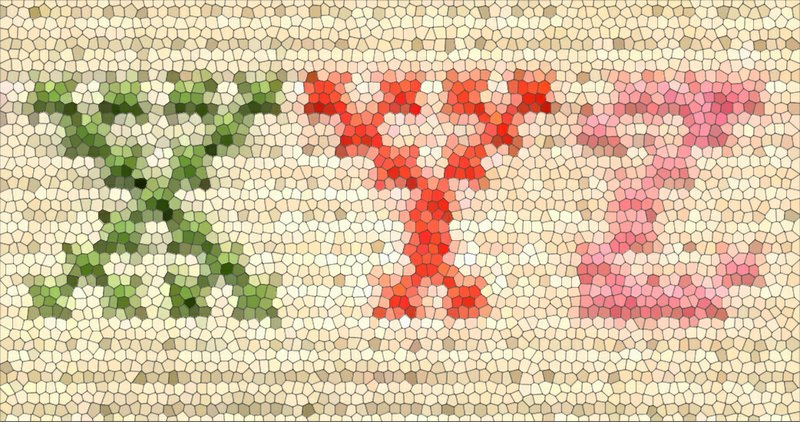 It's time to talk about those scamps at the end of the alphabet: x, y and z.

Despite being first in this group of three, "x" is a bit of a follower. It's in the middle and end of some excellent words.

A "hoax" is a deception.

A "crux" is the key point of a situation.

A "tax" is what most of us don't enjoy paying the government.

The "hallux" is the big toe.

The "coccyx" is the bone at the end of the spine.

A "bembix" is a noisy sand-wasp. I couldn't find a name for quiet sand-wasps.

To "exert" is to try hard to do something.

A "pixel" is a component of an image.

An "oxide" is a compound combined with oxygen.

A "boxty" is an Irish potato pancake.

A "proxy" is someone who stands in for someone.

In all those words, the "x" is pronounced as a combination of letters "k" and "s."

But, strangely, when "x" starts a word, it's pronounced with a "z" sound.

A "xeric" plant is one that can survive in an arid habitat.

A "xenophobe" is someone who dislikes foreigners.

"Xanthan" is a gum formed by bacterial fermentation. It's added to food as a stabilizer. (Sounds delicious!)

A "xylophone" is the musical instrument that helps many kids learn "Twinkle, Twinkle, Little Star."

"Y" seems to be the overachieving middle child in this family of three.

It is the only letter in the alphabet that can act as a vowel and a consonant.

And we have "z," which I've mentioned as heroically lending its sound to "x" at the beginning of words. Using its own sound, it starts words such as "zucchini," "zeppelin" and "zealot."

The phrase "x, y and z" may irk these three letters. It's used to refer to unnamed things in a group. Those letters must feel like they're just numbers when someone says that.

Two friends and I were talking about mnemonic devices recently. These are tricks, tools or brain-nudgers that help you remember something. As soon as we started talking, I had to look up how to spell the word because I had forgotten.

Mnemonic, which happens to rhyme with "demonic," comes from the Greek word meaning "to remember." The first "m" is silent. I can't think of any other words in English that start with a silent "m," but its silence is similar to the "p" at the start of psychic and pneumonia. The spelling carried over from the Greek, but English didn't have a sound enough like it, so the initial sound was dropped in English.

Mnemosyne was the Greek goddess of memory. I need this woman to start residing in my head.

One mnemonic device is the acronym "ROY G BIV," which helps us remember the colors in a rainbow: red, orange, yellow, green, blue, indigo, violet.

I know a couple of mnemonic devices for spelling.

"Dessert" is what you eat after dinner (or sometimes before). A "desert" is the place with lots of sand and not much water. The dessert is the one that's super sweet. Those two "s" words may help you remember that spelling.

"Stationery" is pen, paper and other cool writing things. "Stationary" means standing still. Stationery includes "envelopes," a word that starts with an "e."

The well-known mnemonic is "i before e, except after c, and when sounded like a, as in neighbor and weigh." That one does have several exceptions, including "seize" and "ancient." So, to that rule, I always add, "Look it up in the dictionary to be sure."