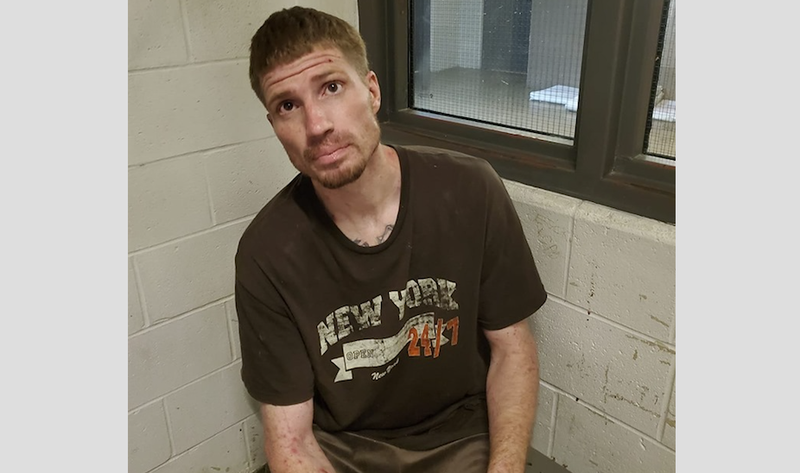 A 36-year-old man who had been arrested 24 times since 2001 was arrested a 25th, after a search that lasted nearly two weeks ended on Monday, authorities said.

Chon Armstrong, of Pocahontas, was arrested by Pulaski County sheriff’s deputies after authorities received a call about a suspicious person off Arkansas 89, according to a Facebook post by the Lonoke County sheriff’s office.

Deputies had reportedly last seen Armstrong on Aug. 1, when the sheriff’s office said he was a passenger in a car that rammed Lonoke County Sheriff John Staley’s vehicle and fled. The driver of the vehicle, Rhanda Ramey, was taken into custody following a pursuit by the agency and Arkansas State Police troopers and faces charges that include aggravated assault, fleeing and absconding.

Armstrong, however, managed to escape, according to authorities.

“Years past, every time we’ve gotten a warrant and we came in contact with him he’d run,” he said. “Either on foot or in a vehicle.”

On Aug. 9, the sheriff’s office posted again about Armstrong, encouraging the man to surrender, as he was “running out of places to hide and people to turn to.”

“In case you hadn’t heard, we are the hide and seek champions!” the post read.

When Armstrong was booked on Monday he had an arrest warrant for a parole violation out of Lonoke County and a failure to appear warrant out of Pulaski County, according to Edwards. However, he has previously been convicted on assault, burglary, fleeing and theft charges, the spokesman said.

Since 2001, he has been arrested 25 times with arrests in Lonoke, Cleburne, White and Pulaski counties, according to the sheriff's office.

Edwards said that the number of arrests for the man "is a lot, but it’s not uncommon.”

Armstrong remained in the Lonoke County jail on Tuesday afternoon, according to an online jail roster. His bond was not listed.