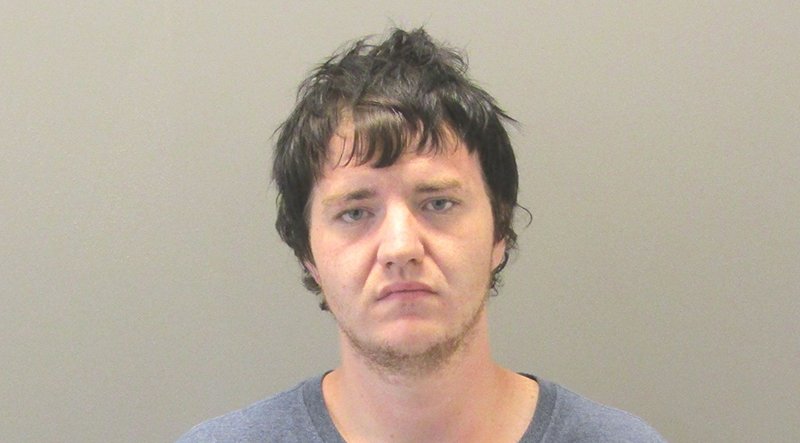 Stone Austin Dale Jones, 22, who has remained in custody since his arrest May 21 in lieu of bonds totaling $260,000, pleaded not guilty to one count of rape, punishable by up to life in prison, and two counts of second-degree sexual assault, each punishable by up to 20 years.

Judge John Homer Wright issued a court order barring Jones from future contact with the victim and had previously issued a gag order on July 15 limiting pretrial publicity in the case. A hearing to determine the admissibility of statements Jones reportedly made to Garland County sheriff's investigators is set for Oct. 7.

According to the probable cause affidavit, on May 13, Deputy Elwood McConnell responded to a residence in Mountain Pine regarding the alleged sexual assault of a 3-year-old girl.

Upon arrival, McConnell was given a green Mead composition book by the girl's mother, which contained sexually explicit writings about the girl, including a detailed description of rape involving the girl.

On May 21, the girl was questioned at the Cooper-Anthony Mercy Child Advocacy Center. During the interview, the girl reportedly stated Jones was "talking in her ear" in her room and says, "I love you" and that he was "a monster."

That same day, Jones was questioned at the sheriff's department after being read his rights and reportedly admitted the composition book was his, but initially denied writing anything sexual about the victim. Then he stated the writing "does look like his handwriting."

Later in the interview, Stone allegedly admitted to writing the things about the victim and asked to see photocopies of the writings. He then outlined areas of the writings and stated "this is what I did and the rest was just fantasy."

Jones was charged later that same day with the three felony counts. He had pleaded not guilty to the charges the next day in Garland County District Court and the charges were bound over to circuit court on July 12.