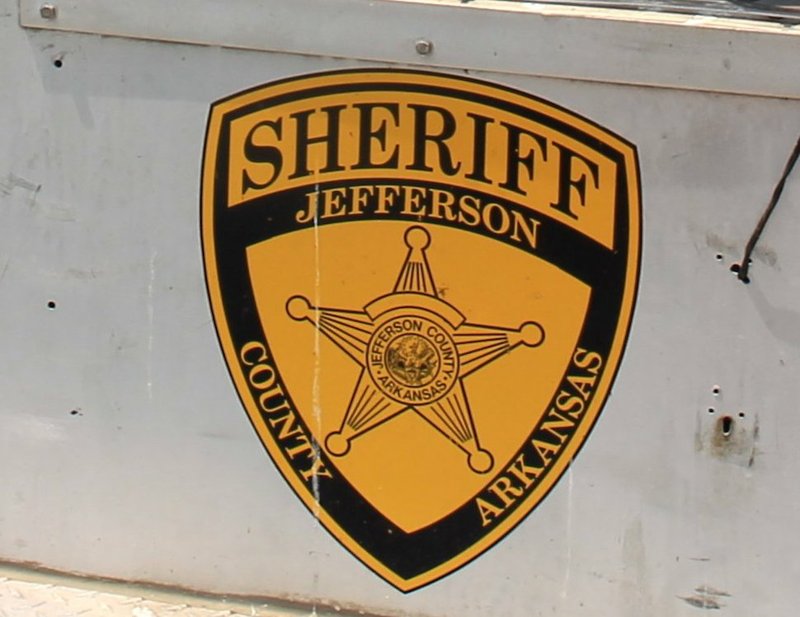 FILE - The Jefferson County sheriff's office logo is shown in this file photo.

Authorities in Jefferson County on Tuesday said they have recovered equipment stolen from a sheriff’s office vehicle and have identified a suspect in the theft.

At least three people are suspected of stealing a stun gun, duty belt and two handgun ammunition magazines from a sergeant’s department-issued vehicle, according to a news release by the Jefferson County sheriff’s office.

The release doesn’t indicate when the theft happened, and a call and email to an agency spokesman weren’t immediately returned.

Investigators searched a unit at the St. John Apartments on East 26th Avenue in Pine Bluff and found the missing stun gun and two handgun magazines, as well as drug paraphernalia, a credit card, driver’s license and two handguns, the release states.

Authorities said one of the guns was linked to a theft that happened hours after the thieves broke into the sergeant’s vehicle, and the credit card and driver’s license were linked to a separate theft.

Authorities said they were looking on Monday morning for one suspect they have identified.