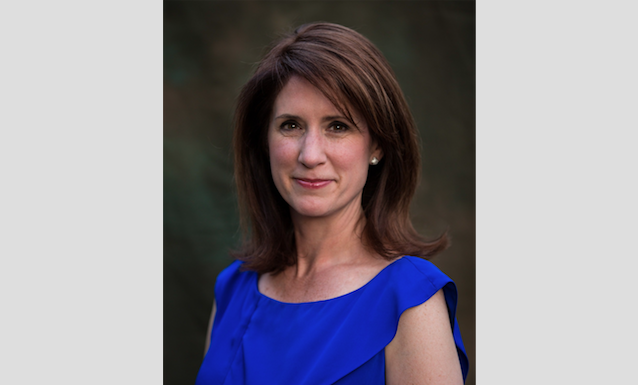 The Arkansas Arts Center on Tuesday selected Victoria Ramirez, the director of the El Paso Museum in Texas, to lead the downtown Little Rock museum as it embarks on a $128 million makeover.

The public museum's board of trustees unanimously agreed to hire the 49-year-old after an hourlong closed meeting.

The quick voice vote concluded a process that otherwise played out entirely in secret, with details about potential candidates and how they were vetted shielded from public view.

Ramirez is tentatively set to start in October, when the museum is scheduled to break ground on its renovation and expansion, board President Merritt Dyke said.

In a printed statement, Ramirez said the project will "undoubtedly usher in the most expansive era" in the Arts Center's history.

The Arts Center's chief financial officer, Laine Harber, has filled the post on an interim basis for a year since former Executive Director Todd Herman departed for a new job.

Plans to renovate and expand the museum, which is in MacArthur Park, have been in the works since 2015.

Harber has publicly maintained that he had no interest in the full-time job and said Tuesday that he did not apply for it. Harber wants to stay with the Arts Center as chief financial officer and hopes to see through the museum's overhaul, he said. As of midday, he had not spoken with Ramirez, he said.

"I hope I'll have the opportunity to stay on," Harber said. "In all honesty I don't know much yet."

Shortly after the meeting, Dyke said he would provide details about Ramirez's compensation later in the day, but he later declined, saying he had not "received any documentation as to what's been agreed to."

When asked whether the board was apprised of her salary, he declined to comment.

"[Ramirez's] deep experience in exhibitions, education, planning, and fundraising comes at the perfect time as we work to strengthen the Arkansas Arts Center as the regions' premier center for visual and performing arts," Dyke said in a printed statement that also praised Harber for "expertly serving" as the interim director.

The closed session at which trustees discussed hiring Ramirez came near the end of the board's regular August meeting. State law allows public bodies to meet in private to consider "employment, appointment, promotion, demotion, disciplining, or resignation of any public officer or employee." Dyke cited "employment" as the basis for the session.

When reporters and museum staff members were invited back into the room an hour later, Dyke said that the board had voted unanimously to hire Ramirez and announced that trustees would then do so in public.

Little Rock Mayor Frank Scott Jr., who serves as a trustee in his capacity as mayor, made the motion in the public session to hire Ramirez.

A three-page news release announcing Ramirez's appointment was distributed immediately after the vote.

Ramirez has served as director of the El Paso museum since early 2017. She oversaw a collection of more than 7,000 works, 12 annual exhibitions and an art school, according to the release.

Rebecca Krasne, immediate past chairwoman for the El Paso museum's foundation, said in a phone interview that "Little Rock is lucky to get" Ramirez and that her 2½-year tenure there was "too short."

"Under her leadership, she and her team completely reimagined and reinstalled our Kress Collection, and she was in the process of renovating all of our upstairs galleries," Krasne said. "She built a team here that was extraordinarily empowered to do their jobs well."

Before taking the El Paso job, Ramirez was deputy director of the Bullock Texas State History Museum in Austin and was the education director at the Museum of Fine Arts in Houston.

"At first glance, that's what I envisioned the leader being, someone with a strong arts and education background," Harber said after reading the release.

El Paso Inc., a weekly business journal, reported July 24 that Ramirez was planning to resign her position this month to take another job. The article did not specify that she was headed to the Little Rock museum.

"The Arkansas Arts Center is a jewel for Little Rock and the region, and the project to re-envision the Arts Center will undoubtedly usher in the most expansive era in the institution's history," Ramirez, who was not available for an interview Tuesday, said in a printed statement.

Stephens Inc. chairman and chief executive Warren Stephens, who along with his wife Harriet led the campaign to raise money for the museum expansion, said in a statement that Ramirez's hiring means that the "Arts Center Board is reaffirming its commitment to the inspirational power and educational possibilities" of art.

The Arts Center Foundation convened a search committee to find a new executive director and contracted with the private firm Phillips Oppenheim to assist with the search, Dyke said after the meeting. Neither he nor any other museum trustees were on the committee, he said.

The search committee made a recommendation to the board of trustees, Dyke said.

"The board did not consider more than one candidate," he said.

The Arkansas Democrat-Gazette on Tuesday afternoon filed open-records requests with the museum, the Arts Center Foundation and Phillips Oppenheim.

The request seeks all applications for the position submitted over the past year and any working papers, notes or internal memos related to the search maintained by those entities.

The newspaper argued that state Supreme Court precedent in the 1990 case City of Fayetteville v. Edmark compels the foundation and the search firm to comply with state Freedom of Information Act and make those documents public because their involvement in the hiring process amounts to public business.

"When the state or a political subdivision thereof seeks to conduct its affairs through private entities, it seems clear that those entities are for all practical purposes the government itself," the Supreme Court ruled in Edmark. "It should not matter whether the activity is 'proprietary' or 'governmental' in nature, for in either case the government is involved in 'public business.'"

Robert Steinbuch, professor at the W.H. Bowen School of Law at the University of Arkansas at Little Rock who co-wrote the state's Freedom of Information Act textbook, said he believes the Arts Center Foundation and Phillips Oppenheim must release the requested records.

Little Rock owns the museum and has committed $700,000 a year to the Arts Center for maintenance work. The city's Board of Directors confirms appointments to the museum's board of trustees.

The nonprofit Arkansas Arts Center Foundation owns the art collection and controls an endowment from which it issues grants to the Arts Center.

Phillips Oppenheim is a New York search firm that specializes in the nonprofit world. As of Tuesday, its website still had a job posting for the Arts Center executive director position, including an email address for prospective candidates to send applications.