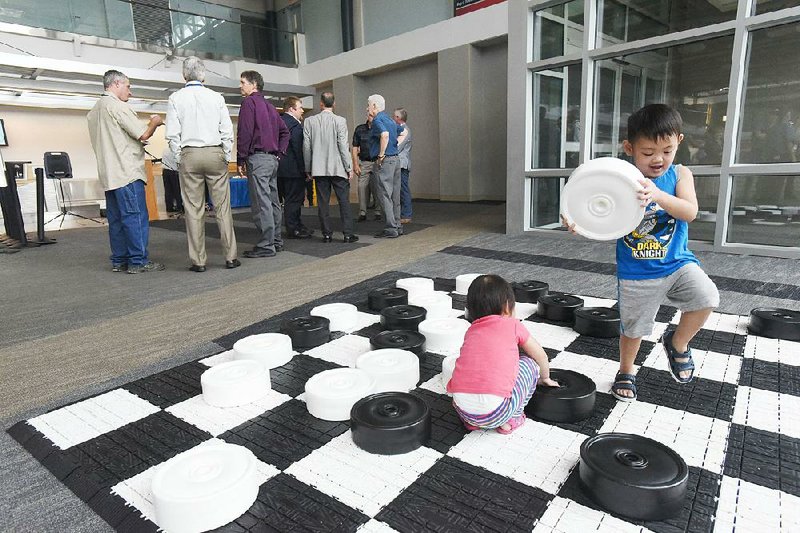 HIGHFILL -- Allegiant Air said Tuesday that it will begin service to Phoenix from Northwest Arkansas Regional Airport in mid-November and will be offering low-cost rates to celebrate the addition of the route.

With the addition of Phoenix, discount airline Allegiant now offers flights to six cities out of Northwest Arkansas Regional Airport, which include Las Vegas; Orlando, Fla.; and Nashville, Tenn.

The new seasonal flights to Phoenix-Mesa Gateway Airport will operate twice weekly, Thursday and Sunday, and plans are to offer a one-way introductory fare as low as $69 with certain restrictions, according to a company release. Allegiant flights from Northwest Arkansas use Airbus A319 and A230 aircraft.

At a news conference Tuesday afternoon, Kelly Johnson, chief executive officer of Northwest Arkansas Regional Airport, said the additional route is another step in the growing relationship between Allegiant and the airport. She noted Allegiant's first route from the airport began operation in 2009.

Johnson said Allegiant has boarded 50% more passengers so far this year compared with last year and has seen a strong summer so far.

In June, Frontier Airlines began service at Northwest Arkansas Regional Airport, with its first route going to and from Denver International Airport. The new route serves both business and leisure travelers. Denver is a key hub for Frontier, allowing connecting flights to Las Vegas, Los Angeles, Seattle and Portland, Ore.

Last week, Las Vegas-based Allegiant sealed a deal with the National Football League's Oakland Raiders for the naming rights to Las Vegas Stadium. In early 2017, the Raiders got league consent to relocate from Oakland, Calif., to Las Vegas. The stadium is under construction and is expected to be ready in 2020.