Charter school in Northwest Arkansas for kids in trauma favored 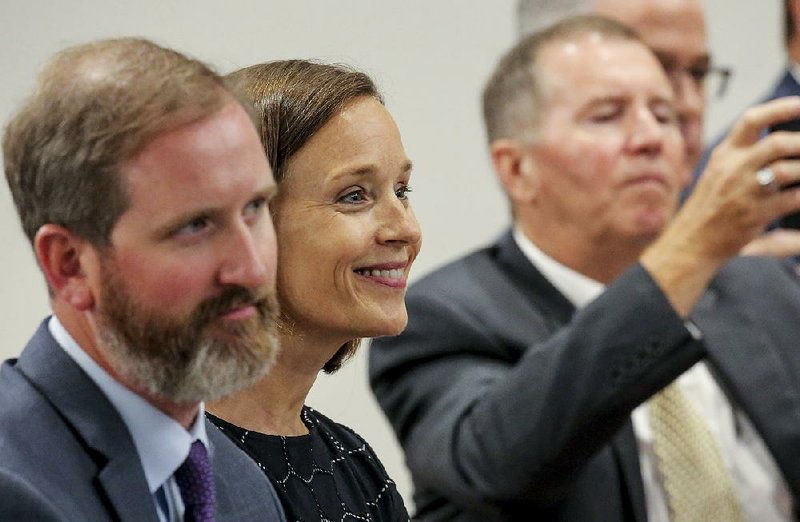 The state's Charter Authorizing Panel on Tuesday endorsed a proposed open-enrollment charter school designed to expand the availability of educational and social/emotional services to young children who have experienced trauma.

The Hope Academy of Northwest Arkansas -- to enroll as many as 70 pupils in kindergarten through sixth grade by the 2024-25 school year at its location within the Bentonville School District -- is now subject to final approval by the Arkansas Board of Education at a meeting later this year.

The state has 26 open-enrollment schools or charter school systems, all of which are operated by nonprofit organizations other than traditional public school districts. The schools are eligible for waivers of some state laws and rules that typically apply to public schools. In return for that flexibility, the open-enrollment charter schools are supposed to be held to stricter accountability standards.

If Hope Academy is ultimately established, it will join the four Haas Hall Academies, the Arkansas Arts Academy, Northwest Arkansas Classical Academy, LISA Academy and the Future School of Fort Smith charter schools in providing charter education options in the northwest part of the state.

Maury Peterson, executive director of the 26-year-old Northwest Arkansas Children's Shelter that is the sponsoring organization for the Hope Academy, told the charter panel that the academy is an innovative educational school model for some of the state's most vulnerable children.

She said the school will be an extension of the mission of the existing shelter, which is to be a safe haven and place of hope for children who have been abused, neglected, abandoned or otherwise suffered maltreatment -- situations that she said are real, pervasive and growing in the northwest region.

The shelter has operated a school for 20 of its 26-year history in partnership with the Bentonville School District.

"Our goal with Hope Academy is to take our years of experience and expertise in trauma-informed care and expand it into the community to reach even more children at risk," Peterson said. "Our K-6 model will allow us to have longevity with students to have even greater impact. Our wrap-around services will allow us to partner with families to help them access other needed services that the public school districts simply do not have the capacity to address."

Those services include the assignment of a case manager to each family, visits to the homes ahead of the start of school, access to mental health counselors and parenting training, vouchers to the shelter's thrift store. and delivery of snacks and meals to the homes.

Jake Gibbs, education director of the children's shelter, said the chaos in a child's life affects brain development -- decreasing a child's abilities to process and communicate.

"The good news is that research shows us that we can reverse these ... in young children" by fostering a sense of trust and safety, he said.

To help do that -- in addition to support provided to the family -- the proposed charter school will be staffed at a ratio of one teacher and two aides per 10 children, Gibbs said.

He also described the education curriculum, which will include project-based learning, as well as instruction and support for social and emotional learning.

The school will have two buses that will run morning and afternoon routes. The campus for the school is on 80 acres near the Northwest Arkansas Regional Airport. The existing building is 65,000 square feet with two playgrounds, a library, 123-seat cafeteria, a full-size gym and sport fields.

In addition to state funding for the school students, Gibbs said, the school has contributions and commitments of $1.6 million and access to the shelter's $4.3 million program fund if needed as a last resort.

Gibbs urged the approval of the plan that will make the state a leader in "paving the path for kids with significant trauma."

"The days of waiting for the juvenile justice and corrections systems to intervene are over," he also said.

Sen. Bart Hester, R-Cave Springs, and Bentonville School District Superintendent Debbie Jones told the charter panel that they supported the proposed charter school. Hester is a member of the board of directors for the sponsoring organization.

"We believe that they have wrap-around services far beyond what we can provide ... for these students," Jones said.

"We are in total support," she said.

The plan for the academy envisions the Bentonville School District providing training to the academy teachers.

Members of the authorizing panel -- who are a mix of the state's Elementary and Secondary Education Division employees and other individuals interested in charter schools, questioned the school planners about opportunities for sharing the model with other parts of the state.

Ivy Pfeffer, panel chairman and deputy commissioner of the Elementary and Secondary Education Division, also asked about the impact of the school getting a waiver of the state law for a comprehensive counseling program.

Tripp Walter, an attorney for the Arkansas Public School Resource Center and an adviser to charter school planners, offered assurances that the school intends to provide counseling and guidance services in a different way and does not at all intend to avoid providing services.

Pfeffer further questioned the proposed school's plan to provide its own school meals and forgo use of the U.S. Department of Agriculture's national school lunch program.

Rick Brazile, the finance director of the Children's Shelter, responded that the shelter had tried the federal meal program in the past but concluded that the home-cooked meals were more beneficial to the children and lessened food waste. He acknowledged that the school could lose access to funding that is hinged on a school's participation in the federal school food program.

"We will apply for every bit of funding that we can," Brazile said and asked for state help in that.

Panel member Toyce Newton of Crossett called the plan ambitious and said she was looking forward to its success.

Ashley Miller, a designer of the school plan, told the panel that the school would provide an educational alternative for North Little Rock area families.

Greg Rogers, a panel member and an assistant commissioner in the elementary and secondary division, suggested that the school's calculation of state aid, supplemental state funding and organizational grants was too high. He also questioned the source of funding for any preparations that would be needed for transforming a building into a school.

Miller said she wanted to withdraw the application and reapply for a state charter in the next cycle. 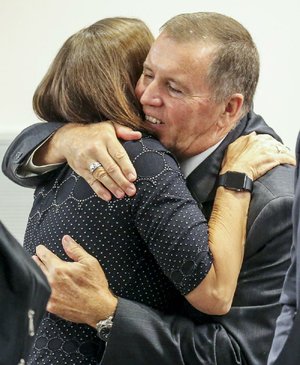