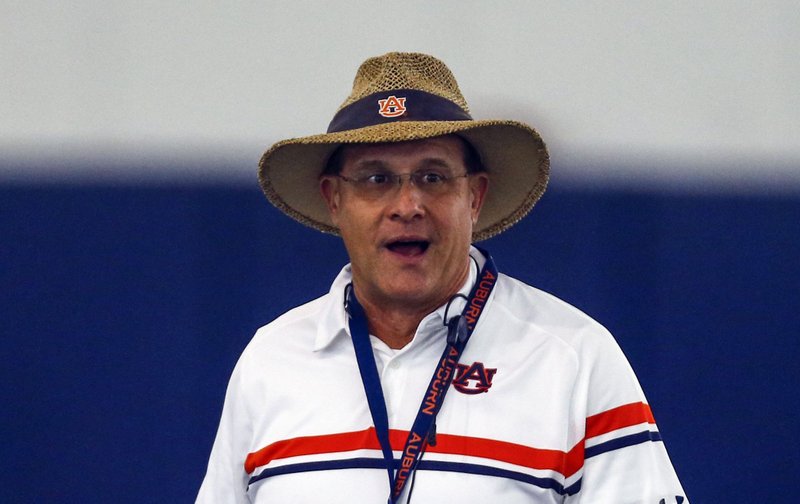 Can a coach really be on the "hot seat" in Year 2?

We might find out this season at Florida State.

Willie Taggart is trying to turn things around after a rough debut with the Seminoles, who failed to make a bowl game for the first time since 1981. Taggart walked into a bigger clean up job than he expected, but he owns that 5-7 record. Finances alone would likely make firing Taggart untenable after this season. He would be owed about $17 million. Florida State needs to show some obvious progress and that should be enough to keep Taggart around for 2020.

But what if things get worse in Tallahassee, like 4-8 or 3-9? Florida State leadership could be facing a difficult decision. The heat might be turned up elsewhere, too.

Only at Auburn would a coach with a 53-27 record, entering the second season of a seven-year, $49 million deal, be on the hot seat. Well, maybe not only at Auburn, but it's a pretty short list of schools where support is this mercurial. Malzahn is retaking control of play-calling in the hopes it will revive the offense. The Tigers have been one of the most difficult teams in the country to predict in recent years. Fittingly, the same can be said of Malzahn's long-term job security.

Helton avoided the axe after the Trojans went 5-7 last season, much to the chagrin of a good chunk of the fan base. That might not have happened if USC had a more experienced athletic director and a university president in place at the time, but the school's general dysfunction provided Helton a chance to fix the issues with a staff makeover. Most notably, Graham Harrell was brought in as offensive coordinator.

Helton went 21-6 with a Rose Bowl victory and Pac-12 title in his first two full seasons as USC coach, but his job status is one of the stories to follow this season. How many victories will it take for him to keep the gig? Eight? Nine? 10!? Every week will be a referendum on the state of the Trojans, who face maybe the most challenging first six games of any team in the country. And if all that wasn't enough, Urban Meyer will be spending his weekends in Los Angeles this fall as an analyst for Fox.

Smith is 9-27 with four Big Ten victories in three seasons, though the program has taken baby steps forward. Ash, a former University of Arkansas assistant, is 7-29 with three conference victories, but the Scarlet Knights regressed to 1-11 last year.

Similarly, both work for athletic directors with a strong desire to not change coaches. Another baby step for Illinois could keep Smith safe. That might not be enough for Ash, but this probably isn't a straight bowl-or-bust situation in New Jersey either.

A couple of Mountain West coaches who have likely exhausted the patience of their schools. UNLV made it clear after last season the Rebels need to go bowling in Sanchez's fifth season. The program can't move into a shiny new NFL stadium in 2020 without something to get fans excited. In lieu of victories, a coaching change is the alternative.

Budget issues at New Mexico probably bought Davie an eighth season, but after consecutive 3-9 seasons, another clunker is not likely to be written off.

In six seasons, Addazio's Eagles have won seven games five times and finished 4-4 in the ACC four times. He is 38-38 overall. On one hand, Boston College might be the toughest job in the ACC, lacking facilities and resources to challenge the likes of Clemson, Florida State and Miami. On the other, this might be as a good as it gets with Addazio. He got a two-year extension through 2022 after last season, which did not exactly scream confidence.

Print Headline: Seats plenty warm for a list of coaches