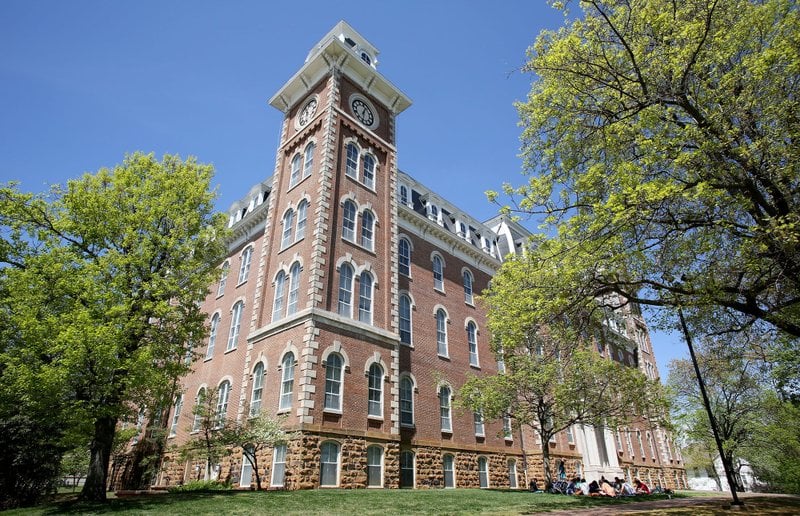 FAYETTEVILLE -- A student accused of sexual misconduct "received every bit of due process required by the Constitution" when taking part in University of Arkansas, Fayetteville campus administrative proceedings, university attorneys argued Tuesday in a court filing.

The 56-page document describes procedural steps in the case while also defending UA policies and practices, several of which had been challenged in a lawsuit filed under the pseudonym "John Doe."

The filing Tuesday cites court rulings as recent as last week. Attorneys for Doe, in seeking reinstatement of a previously dismissed lawsuit, had argued in part that UA was "out of step" with guidance to schools issued in 2017 under Education Secretary Betsy DeVos.

In April 2018, Doe was found responsible for sexual assault in violation of UA policy. Attorneys for Doe have stated in court documents that he is innocent and is trying to clear his name and reputation.

The lawsuit alleged violations of due process and Title IX, the federal law prohibiting sex-based discrimination at schools that receive federal funding. U.S. District Judge P.K. Holmes III dismissed the lawsuit in April, with Doe then filing an appeal in the 8th U.S. Circuit Court of Appeals.

Federal authorities, in published guidance, have said schools should investigate complaints of sexual misconduct involving students. These proceedings are separate from any police investigation.

Under DeVos, proposed rules have been introduced that are aimed in part at providing protections for students accused of misconduct, but some advocacy groups for victims of sexual assault have criticized the effort.

Holmes, in his order dismissing the lawsuit, described the case as involving a woman identified under the pseudonym "Jane Roe," who "filed a a complaint with UA alleging that Doe sexually assaulted her in violation of University of Arkansas-Fayetteville Policy 418.1, because Roe was too incapacitated to engage in consensual sexual behavior."

The university's Title IX coordinator, Tyler Farrar, initially found Doe not responsible for sexual misconduct, but on appeal a three-person hearing panel found Doe was responsible, according to court documents. The UA panel used a preponderance of evidence standard, also known as a "more likely than not" standard, for its determination.

Doe was sanctioned and ordered to complete Title IX training and an online sexual violence accountability course, as well as ten hours of community service, according to court documents.

The filing Tuesday by university attorneys stated that Doe "received notice" of the allegations against him.

Attorneys for UA stated that Doe also "received an opportunity to be heard."

Doe had argued that the proceedings violated his due process in several ways, including that his "due process rights were also violated by the failure of the University to allow him or his representative to cross-examine his accuser."

UA's policy, as posted on its website, states that students in such sexual-misconduct cases "will not be allowed to personally question or cross-examine each other" during the hearing.

University attorneys in the filing Tuesday cited an Aug. 6 ruling by the 1st U.S. Circuit Court of Appeals. In a similar case, the court stated "it had 'no reason to believe that questioning of a complaining witness by a neutral party is so fundamentally flawed as to create a categorically unacceptable risk of erroneous deprivation,'" according to the university's Tuesday filing.

Attorneys for Doe had cited an earlier ruling by the 6th U.S. Circuit Court of Appeals, described in Doe's court filing as stating that "meaningful" cross-examination involves questioning of an "adversarial" nature and a chance to follow up.

Doe, in court documents, claimed the panel found that he was neither aware nor should have been aware of the incapacitation of Roe, and that "there was no evidence to suggest a lack of consent."

However, the most recent filing by university attorneys states that Roe testified "that 'she did not recall whether she had consented but she did not know why she would have.'"

The filing states that there was "sufficient evidence" for the panel to conclude Doe had sex with Roe without her consent, as "Roe's testimony, in combination with Doe's lack of credibility, was more than sufficient."

In an email, Heather Zachary, an attorney representing Doe, stated, in part: "The University's finding against Doe was issued in violation of the University's own policy as well as the requirements of Due Process."