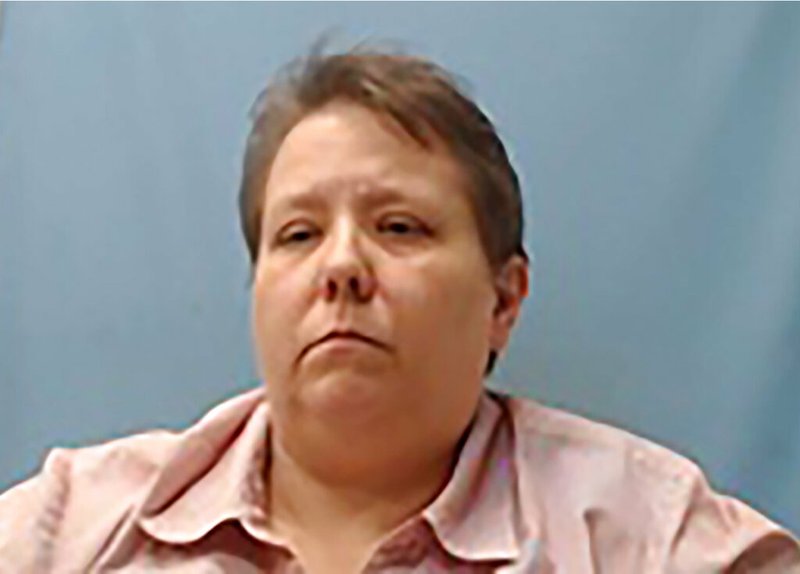 In this Thursday, Aug. 15, 2019 booking photo, provide by the Cross County, Arkansas, Sheriff's Office is Jerri Kelly, the wife of an Arkansas jail administrator who has been arrested after officials say she pulled a gun on four black teenagers fundraising door-to-door for their high school football team. Authorities say Kelly is charged with aggravated assault, false imprisonment and endangering the welfare of a minor. (Cross County Sheriff's Office via AP)

Joe Kelly, the Cross County jail administrator, resigned Friday after being accused of favoritism for not taking a mug shot of his wife, Jerri Kelly, who was arrested Monday after she reportedly threatened black students with a gun in Wynne.

"Joe did nothing wrong, but with his wife and the way this blew up, he decided it was best," said Sheriff David West.

West said Jerri Kelly had a medical issue during her booking at the jail on Monday. She returned on Thursday and a mug shot was taken then.

West said the issue "blew up" on social media because there was no mug shot of Jerri Kelly on the jail's website at crosscountysheriff.org/roster.php.

"There's nothing shady here," said West. "How this has blown to this proportion over her photo not being there is beyond me."

West, a landlord, said the Kellys live in one of his rental houses. West said he has owned the rental company since 2009 and Joe Kelly was planning to buy the house from him.

On Wednesday, Aug. 7, at about 10 a.m., Wynne police officers responded to a suspicious persons call on Morningside Drive, according to a news release by the department. When police arrived they found four minors lying on the ground with a woman, identified as Jerri Kelly, holding a gun as she stood over them, the release states.

According to police, the students told officers they were selling discount cards for a school athletic program.

Authorities investigated the incident and arrested Kelly on Monday evening.

Kelly is charged with four counts each of aggravated assault, false imprisonment, and endangering the welfare of a minor, according to police.