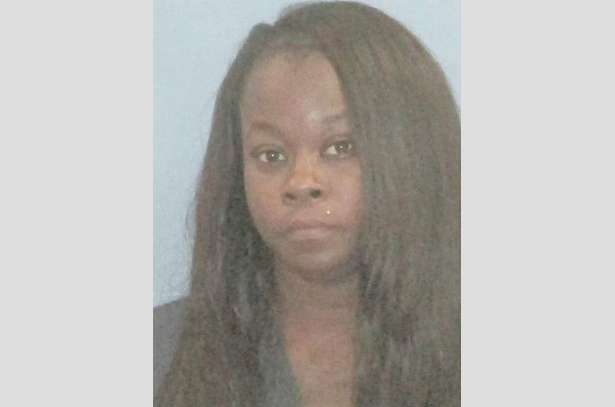 A North Little Rock man was shot and killed early Friday during a disturbance in a neighborhood just east of the University of Arkansas at Little Rock, a police spokesman said.

Gant died at the scene and the Pulaski County coroner's office transported his body to the state Crime Laboratory, Barnes said.

Jessica Nicole Henson, 29, told police she was Gant's girlfriend and that the two had been arguing, police said. Officers arrested Henson about 3 a.m. on a charge of second-degree murder, according to a report.

Arkansas law says second-degree murder applies when an aggressor intends to cause serious injury to another person, but not death, and the victim dies or when an aggressor causes someone's death by acting with "extreme indifference" to human life.

The police report associated with the death said Gant was shot once with a handgun.

Henson was in the Pulaski County jail without bail as of Friday evening.

Although the police report lists a North Little Rock address for Gant, neighbors near the West 31st Street home said he was there so often that they believed he lived with Henson.

The one-story green and yellow house with silver wind chimes in front of the door often was the scene of loud fights and arguments, one neighbor said.

Another neighbor said Henson is "just a really great neighbor. She said one time, 'If you guys ever need anything, just let me know.'"

The gunshot next door didn't wake him, the man said, and he didn't know that violence had taken place across the street until he woke up the next day.

"I walked outside and saw the crime scene truck and my neighbor was outside and he said, 'It's not a good thing to wake up to, is it?'" the man said. "Of course it's not, not when it's someone you know."

The man said his wife had seen several people at the Henson house Thursday evening. The people hadn't seemed violent, but they were yelling and appeared to be arguing, the neighbor said.

"I don't know what it was," the man said. "When we heard about it this morning, I thought maybe those people had come back."

Three years before he was killed, Gant was on trial in a murder case, according to previous reports.

Gant fled to Florida, where a fugitive-hunting team arrested him on Dec. 8, 2016, according to a previous report.

Before Gant went to trial, the only witness to the killing, Deangelo Lamon Davis, recanted his testimony and the first-degree murder and firearm-possession charges Gant faced were dropped in October 2017.

Gant was arrested on several gun and drug charges between 2005 and 2016.

Henson's brushes with the law mostly involved traffic violations. She was arrested on charges of fraud or deceit to procure a narcotic drug and third-degree battery in 2016 and 2012, but those charges were dismissed.