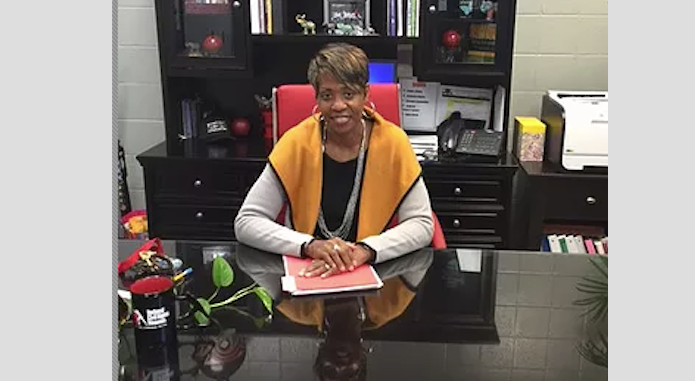 Rhonda Hall, principal at Mabelvale Middle School, was placed on paid administrative leave after administrators on June 18 learned of footage depicting an "altercation" between Hall and a student, according to officials.

A Little Rock School District middle school principal was charged Thursday with misdemeanor assault over an "altercation" between the administrator and a student that occurred in January, court records state.

Rhonda Taylor Hall, 53, a principal at Mabelvale Middle School, was charged with second-degree assault in Little Rock District Court. A no-contact order was issued as well.

Hall was placed on paid leave in June, said Pamela Smith, communications director for the district.

"She is still on paid leave pending a complete investigation by the Little Rock School District," Smith said.

Orchestrating Change, a website published by Elizabeth Lyon-Ballay, first reported that misdemeanor charges had been filed against Hall and that a trial date had been set for Oct. 31.

According to a police report of the incident, Kenneth Thompson, a school resource officer, received a call about 9:42 a.m. that day about a student who "physical[ly] assaulted the school's principal."

Upon arrival, Hall told authorities she stepped in the middle of a fight between the 14-year-old girl and another student, the report said. The principal then used her body to keep the girl from getting to the other student, who had been moved to a classroom, she said.

The 14-year-old punched Hall in the face, causing her right eye to swell, Hall told police.

Authorities said the teen agreed with Hall's statement and was taken to a juvenile detention facility on a charge of second-degree battery.

Hall was treated for her injuries by the school nurse, authorities said.

However, district officials who were notified June 18 of video from the fight and reported assault through a blog, "immediately launched an investigation" into the incident and contacted the Child Abuse Hotline, Smith said in a written statement.

The "video of a video" appears to show an adult woman throwing a punch at a student, district officials confirmed in June. Officials said, however, that because the school's security footage is cycled through every two weeks, the district does not have the original footage of the incident.

The police report does not make any mention of an adult swinging a fist at a student. Hall declined in June to comment on the difference between the report and video's narrative, saying it would be premature to comment on a matter still under investigation.