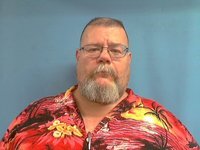 A Stone County man was charged Monday in connection to multiple crimes from 2013-2019 against children, including one count of rape.

The state police Crimes Against Children Division began investigating Smith after a school counselor reported a child was suicidal and had said Smith abused her, according to court documents. Three other children interviewed by police also said Smith sexually or physically abused them.

Three of the four children, all girls, told police they had seen Smith slam the head of the other child, a boy, into a wall and hit him multiple times. Court documents also said two girls reported sexual interactions with Smith. One said he had touched her inappropriately multiple times and one said Smith had told her to touch herself in his presence, according to court documents.

The girls all told police Smith had grabbed one of them when angry and shoved her into the stove while choking her, according to court documents. The children also told police they work around the clock moving rocks, building chicken coops, mowing the lawn and doing household chores.

Smith said in an interview with police he had grabbed the boy by the neck but denied choking the girl. He also told police he is disabled with COPD and a diabetic, so he can’t help with the chores.

After Smith was asked why the three girls would all report feeling suicidal, he stopped talking to police and requested a lawyer.