Badgered in 4A: Arkadelphia takes aim at three-peat 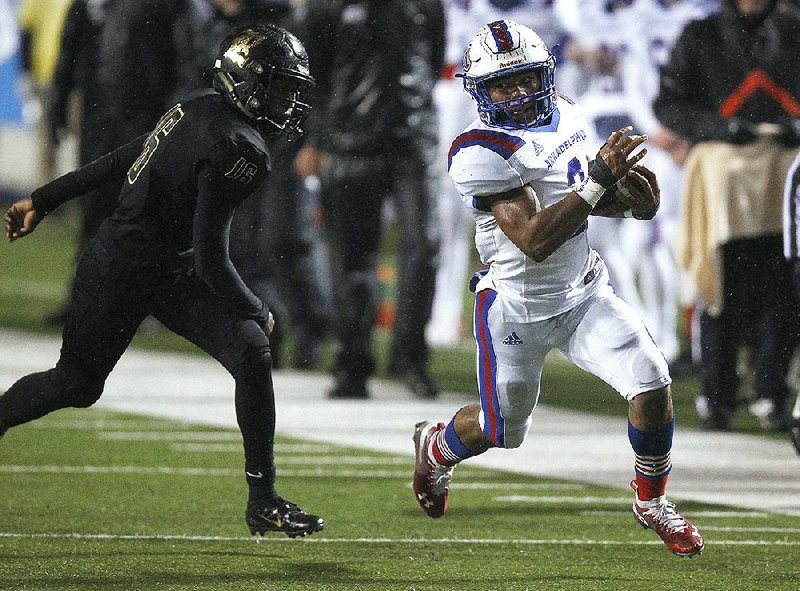 One thing is for certain in Class 4A in 2019: Everyone is chasing the two-time defending state champion Arkadelphia Badgers.

Coach J.R. Eldridge's program is the first in Class 4A to repeat as champions since Shiloh Christian won three titles in a row from 2008-10.

Last season, Arkadelphia started 0-5 and lost its first two 7-4A Conference games to Nashville and Joe T. Robinson. But the Badgers won their final 10 games and became the first team to defeat four No. 1 seeds in the playoffs to win the Class 4A state title with a 28-0 victory over Robinson.

Eldridge, a former assistant coach at Ouachita Baptist University who has been at Arkadelphia since 2011, has been proud of the Badgers' success and resiliency over the past two seasons.

"It's unbelievable," he said. "I feel very fortunate to be the head coach at Arkadelphia during this time. They've been a great group. They've been through a lot together. They hold the younger guys accountable every single day. They hold each other accountable."

Robinson Coach Todd Eskola said playing in the 7-4A Conference has helped not only his team in the Class 4A playoffs but also Arkadelphia, especially when it knocked off No. 1 seeds Warren, Stuttgart, Shiloh Christian and his own team last season.

"When you play seven games in a row in this conference, I promise you you're ready to play anyone in the state playoffs," Eskola said. "You're not going to see anything that's going to surprise you."

But 16 starters return, and the Badgers have 21 seniors.

"It's a very mature group of seniors that come to work every day," Eldridge said. "I'm excited about that experience coming back."

Senior quarterback Cannon Turner, the Class 4A state championship game's most outstanding player the past two seasons, passed for 1,299 yards with 13 touchdowns and 8 interceptions, and rushed for 1,253 yards and 13 scores. Turner, who enters his fourth year as the starting quarterback, has started 41 games for the Badgers.

Senior running back Kyren Harrison scored five touchdowns a year ago while backing up Hatley.

Former Gosnell coach Brandon Barbaree said in July that when his Pirates faced Arkadelphia in last year's Class 4A first round, the Badgers were as tough as anyone in the state.

"Their effort was outstanding," Barbaree said. "I thought the way they approached the game, it was a different version of football. They do a great job of coaching them. The kids buy in. They're an outstanding football team."

Arkadelphia may have won the past two state championships, but the Badgers have done it without winning the 7-4A Conference. In fact, their last conference title came in 2013.

"It's a really, really tough conference," Eldridge said. "We haven't won the conference since 2013, and we've won two state championships since then. I think that says a lot about how tough our conference is."

The 7-4A Conference has two teams that could challenge Arkadelphia come November.

Robinson, which has won the past two 7-4A league titles, will be led by junior quarterback Buddy Gaston, who backed up Greyson Tackett and threw five touchdown passes a year ago.

Nashville was one of the youngest teams in Class 4A in 2018. The Scrappers bring back 11 starters, including junior running back Keyshawn Stewart, who rushed for 1,180 yards and 13 touchdowns last season.

Outside of the 7-4A, there's Warren in the 8-4A despite the graduation of wide receiver Treylon Burks, who is now at the University of Arkansas, and Shiloh Christian from the 1-4A.

Warren will count on senior running back Vincent Steppes, a two-year starter for Coach Bo Hembree. At Shiloh Christian, the Saints return senior quarterback Eli Reece, who passed for 2,601 yards and 32 touchdowns to lead his team to the Class 4A semifinals.

Arkadelphia has a chance to win three consecutive state championships, but hat's not the focus of the Badgers, Eldridge said. Instead, he wants his team to get off to a better start than it did in 2018.

"We want to come to work every day and move forward," he said. "Last year started off really bad. We started 0-5. That was tough.

"It was a great learning experience for myself and our football team, to not be a predictor of games. You're going to get everybody's best when you step on the football field."

Eskola hopes the Senators are the team that can dethrone the Badgers. 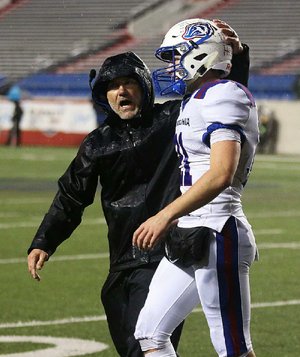 Print Headline: Badgered in 4A: Arkadelphia takes aim at three-peat