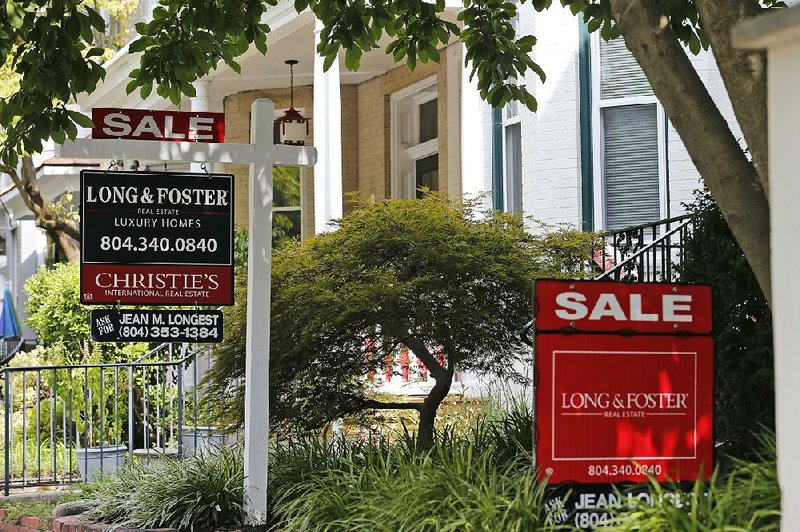 WASHINGTON -- U.S. sales of previously owned homes increased 2.5% in July, a sign that lower mortgage rates have produced a spurt of homebuying.

Homes sold last month at a seasonally adjusted annualized rate of 5.42 million units, up from 5.29 million in June, the National Association of Realtors said Wednesday.

Average interest rates on 30-year mortgages have fallen to 3.60%, the lowest in nearly three years. Cheaper borrowing costs have enabled sales to rise 0.6% from a year ago, ending 16 consecutive months of annual sales declines.

Jennifer Lee, a senior economist at BMO Capital Markets, said the sales growth should ease concerns about a weakening economy.

"This may not be the most exciting of economic reports, but at least it helped ease recession fears," she said.

The July gain reflected "incredibly low mortgage rates and strong job market conditions," Lawrence Yun, the association's chief economist, said at a briefing in Washington. Tepid sales during the first half of the year will probably be reversed by December, he said.

The low rates are providing a boost to a housing sector where affordability remains an obstacle for many would-be buyers. Home prices have risen fastest for the bottom half of the market since 2012, making it harder to save for a down payment or manage monthly payments at a higher mortgage rate.

In the Atlanta, Denver, Miami and Tampa, Fla., metro areas, prices have more than doubled for homes priced below the local median, according to an analysis of property records by Black Knight Inc. The gains were generally much more modest for homes on the upper end.

In July, sales jumped a strong 8.3% in the West. The South and Midwest also posted higher sales. Purchases slumped in the Northeast.

At the current pace, it would take 4.2 months to sell all the homes on the market, compared with 4.4 months in June; Realtors see anything below five months of supply as a sign of a tight market.

First-time buyers made up 32% of sales in July, down from 35% the previous month.

Existing-home sales account for about 90% of U.S. housing and are calculated when a contract closes. New-home sales, which make up the remainder, are counted when contracts are signed and will be released Friday.

Still, sales could be limited by a shortage of listings and home prices that are rising faster than incomes. The number of properties on the market has fallen 1.6% during the past 12 months to 1.89 million units, giving buyers fewer options.

However, the latest housing starts data showed construction of single-family homes increased to the highest level since January, while building permits also increased.

In a separate report, U.S. homeowners filed the most applications to refinance mortgages last week since mid-2016, as they rushed to take advantage of recent drops in rates.

The Mortgage Bankers Association, a trade group, said its gauge of applications for refinancing home loans rose 0.4% last week from the week before, reaching its highest level since July 2016. It was the fourth-straight increase.

Information for this article was contributed by Josh Boak of The Associated Press and by Reade Pickert, Jordan Yadoo, Noah Buhayar, Prashant Gopal and Caleb Mutua of Bloomberg News.