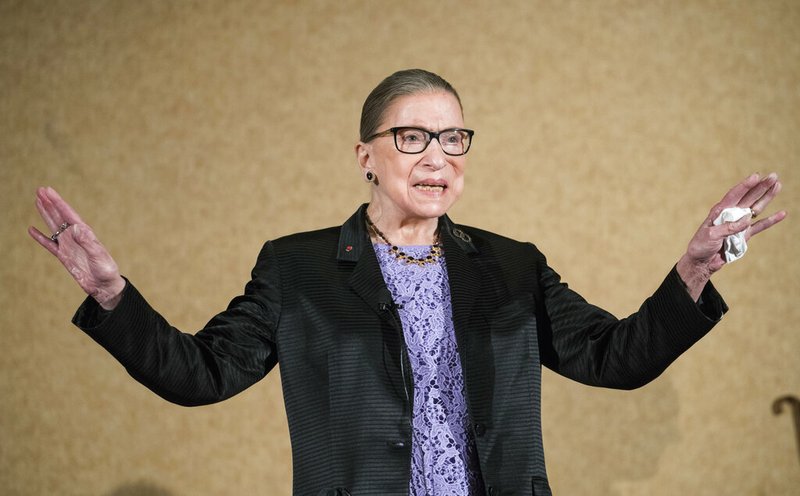 In this Aug. 19, 2016, file photo U.S. Supreme Court Justice, Ruth Bader Ginsburg, is introduced during the keynote address for the State Bar of New Mexico's Annual Meeting in Pojoaque. The Supreme Court announced Aug. 23, 2019, that Ginsburg has been treated for a malignant tumor. (AP Photo/Craig Fritz, File)

WASHINGTON — The Supreme Court says Justice Ruth Bader Ginsburg has completed radiation therapy for a tumor on her pancreas and there is no evidence of the disease remaining.

The court said Friday the tumor was "treated definitively and there is no evidence of disease elsewhere in the body."

In a statement, the court said a biopsy performed July 31 confirmed a "localized malignant tumor." The court said Ginsburg does not need any additional treatment but will continue to have periodic blood tests and scans.

The court said Ginsburg canceled an annual summer visit to Santa Fe but has otherwise maintained an active schedule during treatment.

Ginsburg, who is 86, has had several bouts with cancer beginning in 1999. In December, 2018, she had surgery for cancerous growths on her left lung.