IN THE GARDEN: Teacher searches for milkweed to feed hungry Monarch caterpillars 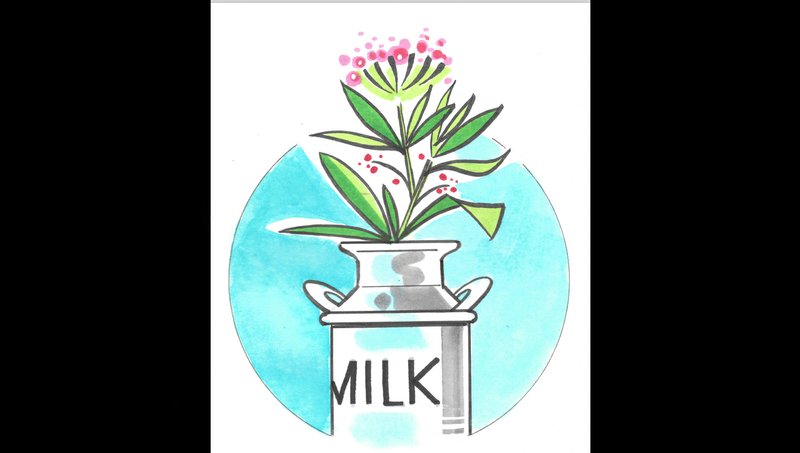 Q I am a kindergarten teacher at Drew Central in Monticello, and each year I bring in my milkweed plants once I spot a caterpillar. In years past I have had a friend bring me some of her plants when the caterpillars eat all my leaves and I need more. Sadly, this year my friend has no plants. Out of five pots, only one pot of plants came back this year. Never sure if the Monarchs will come back but I am hoping they will. Now my problem is where can I find more milkweed plants? Do you know where I can buy some milkweed plants? 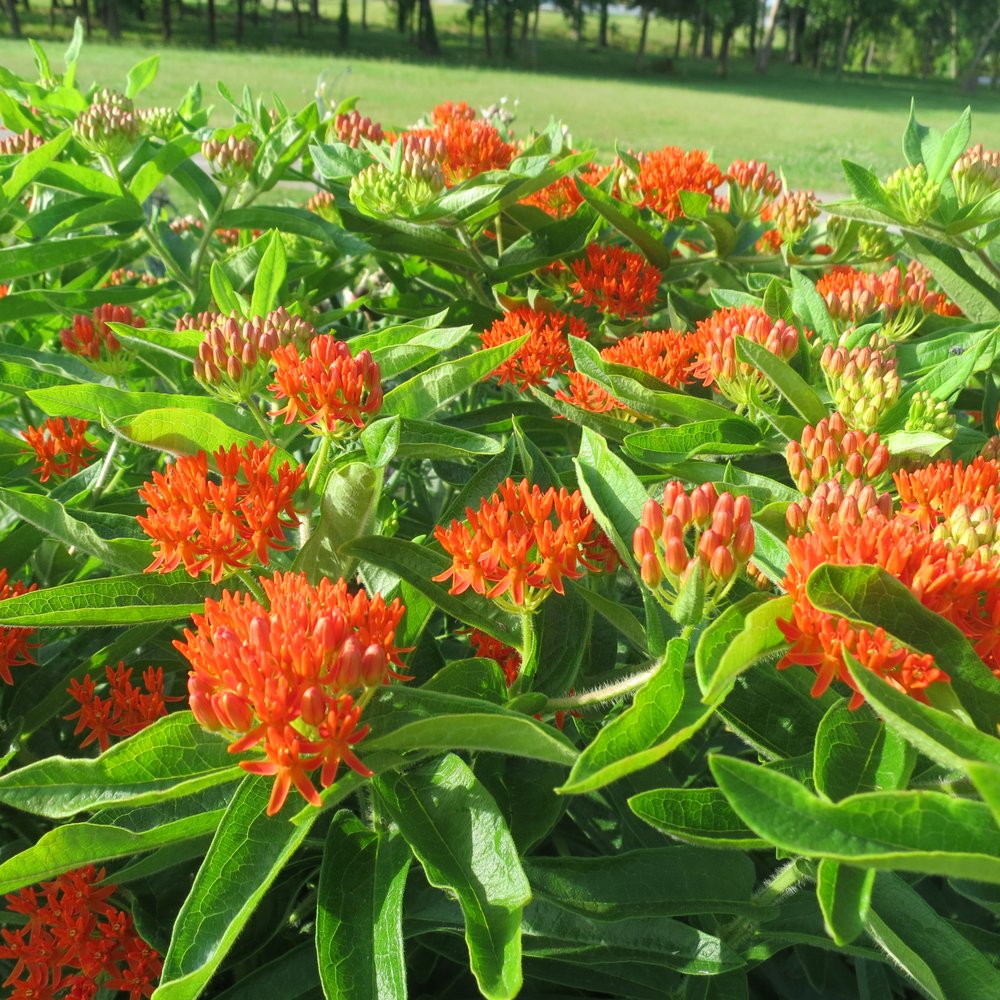 Orange butterfly weed is a form of milkweed, which Monarch butterflies require to complete their lifecycle. (Special to the Democrat-Gazette/JANET B. CARSON)

A What a wonderful project for your students. Many nurseries carry milkweed plants, particularly the orange-flowering butterfly weed. I also suggest you contact your local county extension office. Drew County has a great Master Gardener program, and my bet is one of the local Master Gardeners might be able to share milkweed. 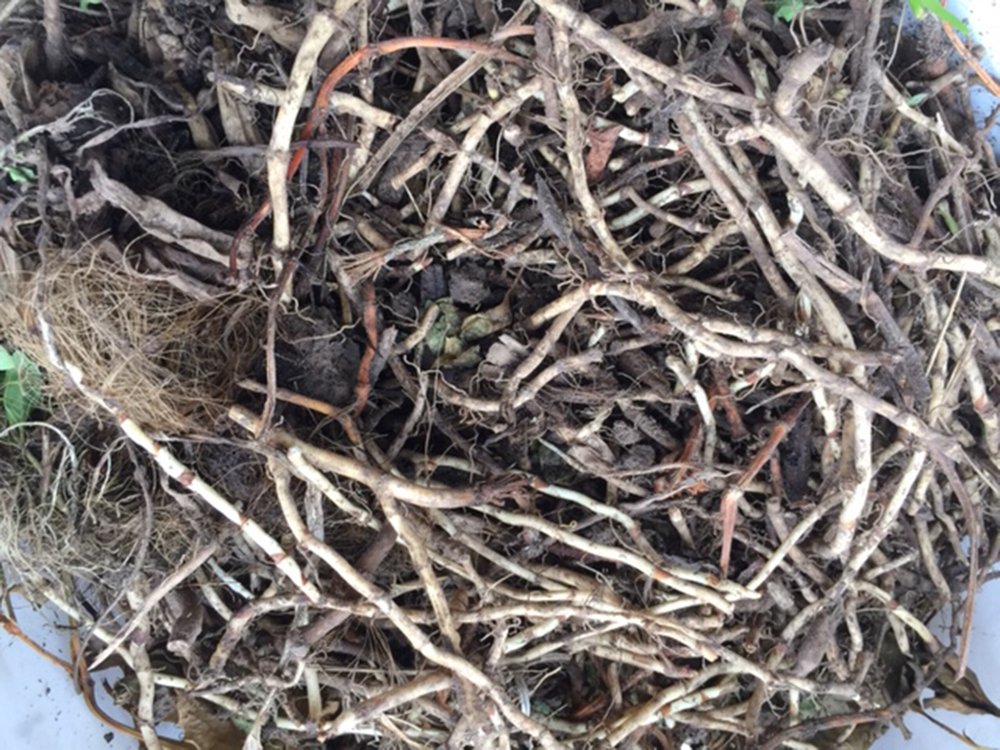 Chameleon plant creates a massive root system and is difficult to eradicate. (Special to the Democrat-Gazette)

Q I moved six months ago to a senior living complex in Springdale. The small patio area and the two adjacent are overrun with Jacob's coat, a resident said. I have tried to get rid of it with 1: boiling water, 2: commercial weed killer and 3: a mixture of vinegar, salt and Dawn detergent. I discovered that the roots are very long, and I have dug two dishpans full so far, just in one small area about 4 feet by 7 feet. I need help! I'm 83. 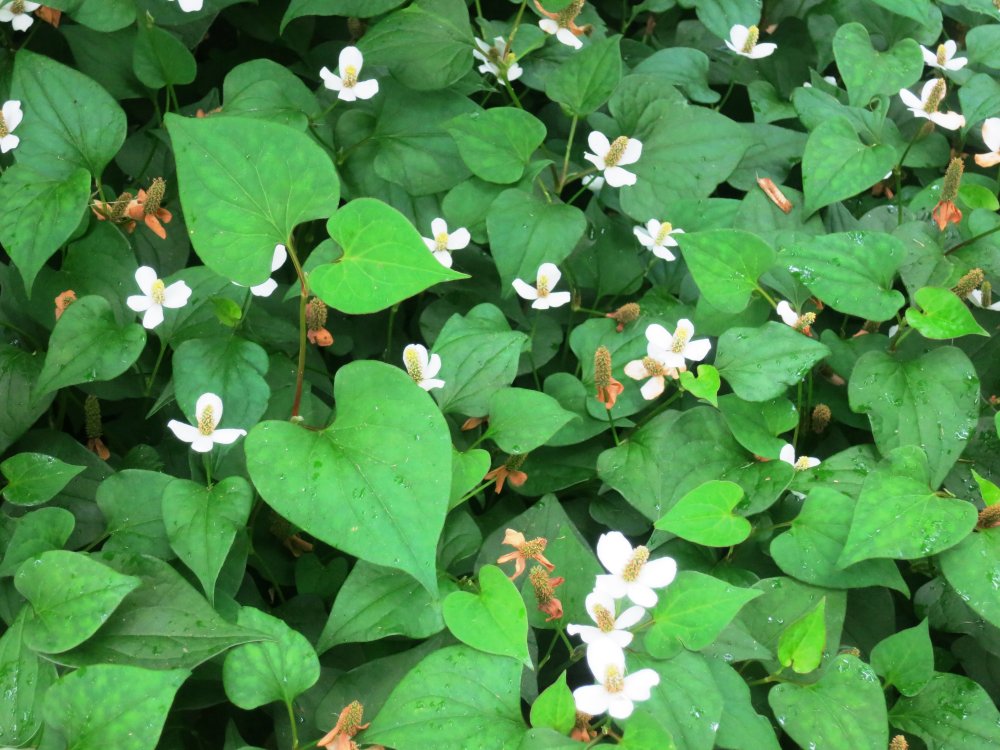 Houttuynia has pale green and vivid green varieties; both are aggressive when they have enough water. (Special to the Democrat-Gazette/JANET B. CARSON)

A The plant in question is Houttuynia, commonly called chameleon plant. Joseph's coat (Alternanthera) is an annual foliage plant and would not overwinter. Houttuynia is an invasive plant, especially if it gets ample water. There are different varieties; one has green foliage and the other has variegated foliage. It has a tenacious root system, as you have discovered. Get your lawn maintenance crew to cut it to the ground, then treat with Roundup. You could also cover it right now with clear plastic. As hot as the weather is, you will cook the Houttuynia with solar power and eradicate it that way. Leave the clear plastic out for four to six weeks. Remove any desirable plants in the beds first, or they will be cooked, too. 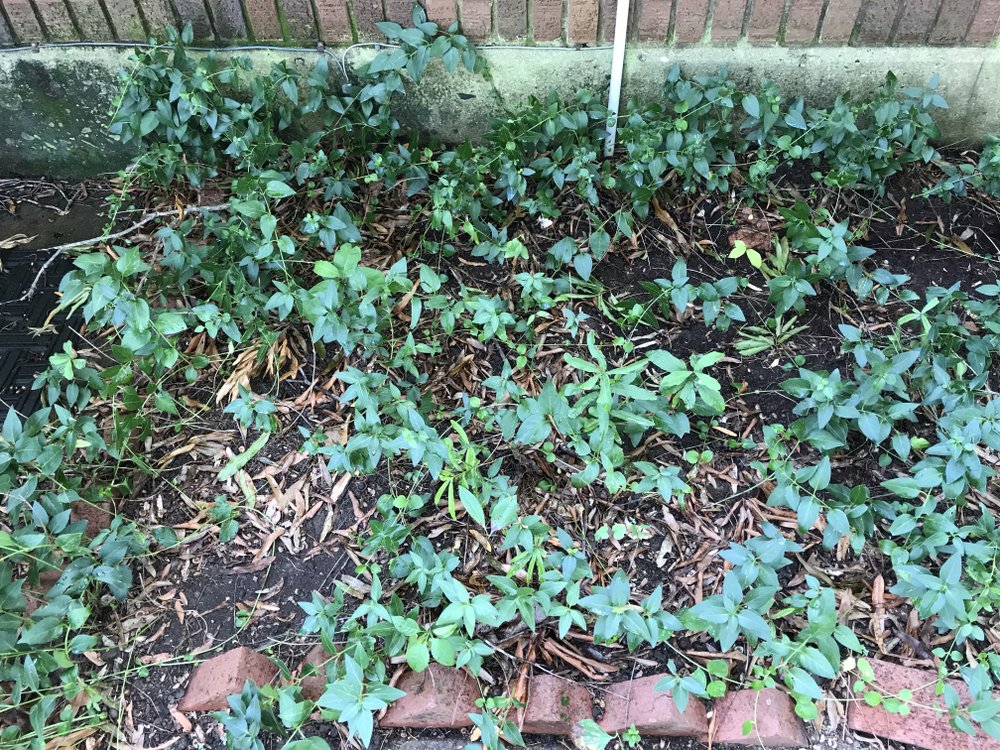 Vinca minor is a perennial plant that can be prolific but is not quite as promiscuous as its cousin Vinca major. (Special to the Democrat-Gazette)

Q More than 10 years ago, I planted periwinkle in a shady bed near my back door. It hasn't filled in the way I wanted it to, even though I've added plants to it several times. What's wrong? It gets a lot of rain runoff from the roof, and leaves from a nearby oak tree tend to get into the bed as well. Could either of these things be the problem?

A I wish I had that problem. My neighbor's vinca tries to take over my yard. There are three plants commonly called periwinkle — the annual periwinkle or vinca (Catharanthus roseus) and the perennials Vinca major and Vinca minor. From your picture, it looks like you have Vinca minor, which has smaller leaves and is usually not as vigorous. The annual periwinkle/vinca is fabulous for sun but will not overwinter, nor is it invasive. Vinca major and minor vary by leaf and flower size, and both can be invasive. Vinca major is typically at its most aggressive in central and southern Arkansas. It is usually held in check in the northern tier by cold winters. If the soil is waterlogged and poorly drained, that could be a problem. I mention that because of the mold and moss on the side of the house in the picture. If you leave the bed covered with layers of oak leaves in the winter, that also can smother it out. I for one would look at something less invasive to plant. Some of the Asarum gingers would be lovely and are not invasive, or Mondo grass would work. Check the drainage, too. 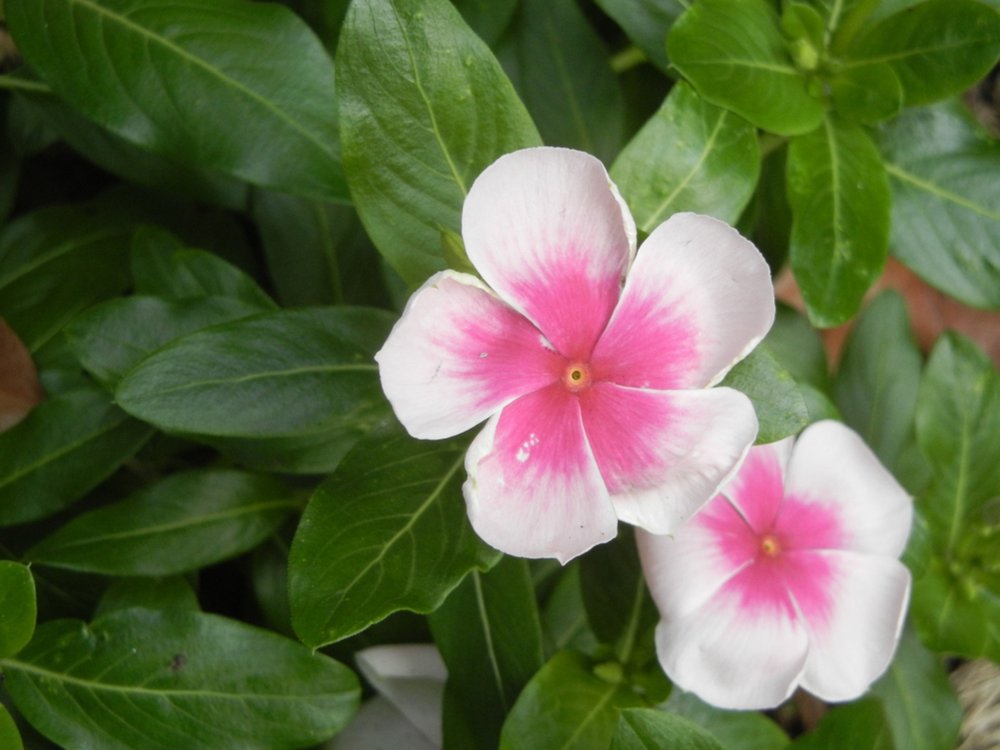 The annual periwinkle thrives in full sun and does not become invasive because it dies out in the winter. (Special to the Democrat-Gazette/JANET B. CARSON)

Q Our neighbor had to remove a very large tree last week. It turned our shade garden to a sunspot. Our large Fatsia is turning yellow already. Should we move it now or wait for lower temperatures?

A Boy, that is a tough decision. It is so hot outside that moving an existing woody shrub now would be tough on you and the plant. However, exposed to full sun for another two months in this heat will also lead to foliage burn. Fatsias are all about shade. What about getting some shade cloth and putting it over the plant for a temporary fix, and then moving the plant this fall when things cool off? 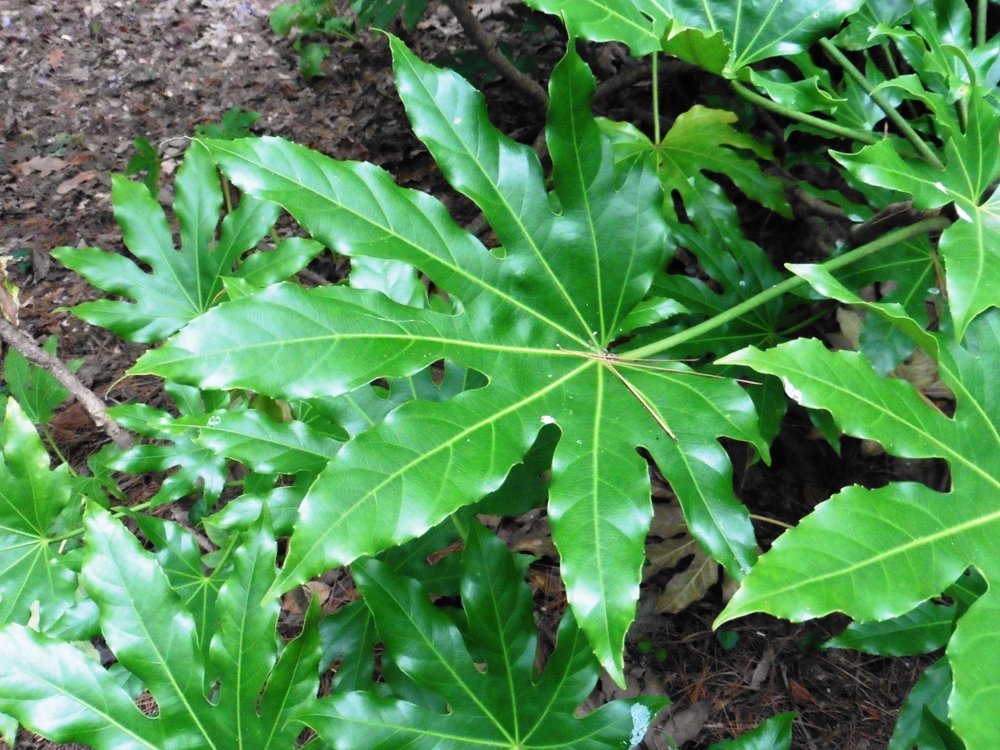 Fatsia is a woody shrub that suffers in full sun. (Special to the Democrat-Gazette/JANET B. CARSON)

Retired after 38 years with the University of Arkansas Cooperative Extension Service, Janet Carson ranks among Arkansas' best-known horticulture experts. Her blog is at arkansasonline.com/planitjanet. Write to her at P.O. Box 2221, Little Rock, AR 72203 or email