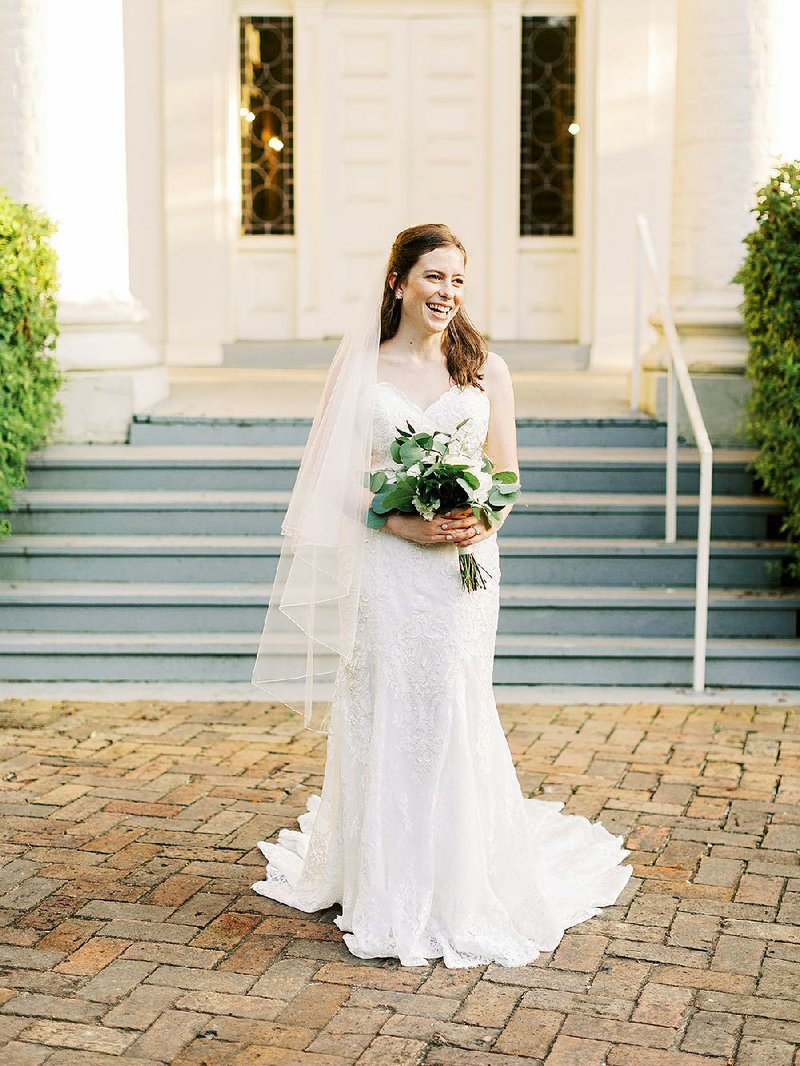 Parents of the groom are Leslie and Gregory Stansell of Little Rock. He is the grandson of the late Dorothy and Raymond Bradley and the late Carolyn and Wre Stansell, all also of Little Rock.

Given in marriage by her father, the bride wore a creamy white fitted sheath with a lace overlay. The bodice had a sweetheart neckline, and a chapel-length train was embellished with a scalloped hem. She carried a hand-tied bouquet of roses, tulips, ranunculus and lisianthus.

Margaret Feild Spillman of Fayetteville was her sister's maid of honor. Bridesmaids were Catherine Margaret Willis of Columbia, Mo., sister of the bride; Hannah Whitney and Sarah Lassiter, both of Little Rock; Claudia Garcia of Lenexa, Kan.; and Shannon Pruitt of Atlanta. They wore silver-gray chiffon gowns and carried bouquets similar to the bride's.

Flower girl and ring bearer were Mary Collins Saviers and Russell Saviers of Fayetteville, cousins of the bride.

Best man was Benjamin Stansell of Columbia, S.C., brother of the groom. Serving as groomsmen were Noah Whitney of Chicago; Justin Gattis and Cole Miller, both of Dallas; Matthew Hopkins of Denver; Stephen Hamrick of Oklahoma City; and Christopher Gentry of Little Rock.

Guests were seated by Jackson Alan Willis of Franklin, Tenn., and Jeffrey Graham Willis of New Orleans, brothers of the bride.

A reception at The Terry House was held after the ceremony. Guest tables were decorated with glass cylinders holding candles and encircled by mixed foliage and roses. The buffet held an arrangement of roses, lisianthus, Italian ruscus, silver dollar eucalyptus and olive foliage in a glass cylinder vase.

The bride has a bachelor's degree in education studies from the University of Arkansas, Fayetteville, where she was a member of Alpha Omicron Pi. She is a Montessori teacher at Wellan Montessori School, Boston.

After a honeymoon in Banff National Park in Alberta, Canada, the couple will reside in Boston.