FRONT BURNER: Lemon Jumble copycat is no Jackon's but it's still good 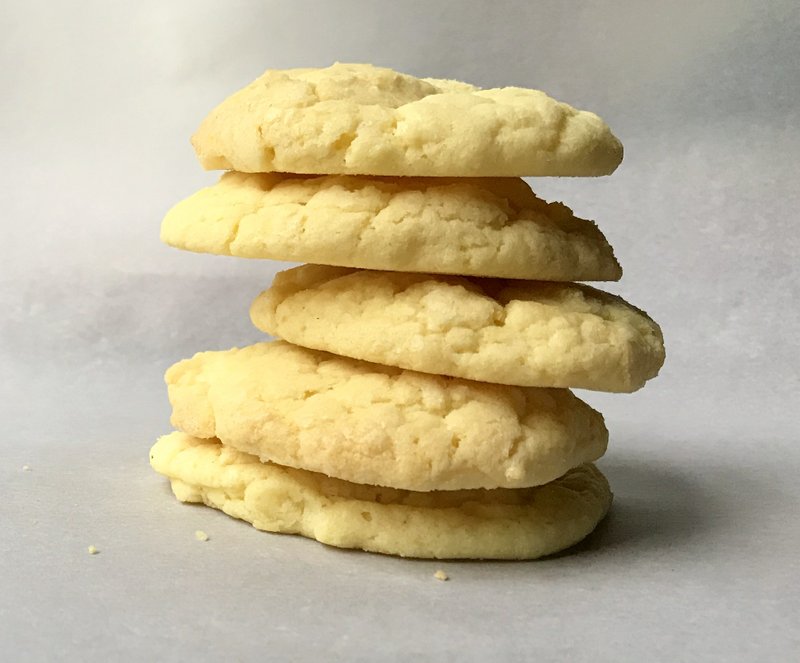 I knew it was too easy, too simple to be true before I ever turned on the oven. But, ever the optimist, I let my wishful thinking lead the way.

It started with a Facebook post that I had seen circulating for a few weeks — a screenshot of a package of Jackson's Old Fashioned Jumble Lemon Cookies and a copycat recipe.

If you lived, worked or drove through downtown North Little Rock before January 2004 you remember the aroma of baking cookies wafting through the streets filling the air with the smell of happiness.

In the early mornings driving across the river bridge with my dad or going with my mother to pick up my brother from the Boys and Girls Club on 13th Street, or when the wind blew just right between classes at Central Junior High that aroma filled my daily life growing up in North Little Rock.

It literally made North Little Rock smell like home.

North Little Rock is still home in the Thomas Wolfe sense, but I've made my physical home south of the river for longer than I lived north of it.

The Jackson Cookie Co. opened in North Little Rock in 1933, first on Seventh Street and later at 113 S. Olive St. where the bakery's ovens operated under various names churning out billions of cookies until it closed forever in early January 2004. An apartment complex stands on the site today. Jackson's was best known for its vanilla wafers but is most-missed for its lemon jumbles. You can still find Jackson's vanilla wafers, distributed by Murray Biscuit Co. (part of the "Kellogg family of brands"), but alas the lemon jumbles are nowhere to be found. The owner of the recipe either doesn't understand its value or is a sadist.

Jackson's Old Fashioned Jumble Lemon Cookies were by far the best lemon cookie I've ever eaten — crisp, but not hard; lemony, but not tart. And despite trying every brand of lemon cookie sold in Central Arkansas, I've yet to find an acceptable substitute. Kroger's lemon wafers come close, but the taste is twinged with lingering disappointment.

Like I said, I knew going in this Facebook recipe was too simple and too easy to be true.

There's no way stirring a box of cake mix, oil and eggs together would produce a facsimile of those perfect cookies.

And it didn't. They were nothing like Jackson's jumbles.

The imposters were soft, almost cakey — but what else do you expect from a cookie made from a box of cake mix — and rather sweet. But they were tasty. So tasty my husband and I ate every single one of them.

And tasty enough to share the recipe with you, dear readers. But know, I haven't given up — the next best thing to a Jackson Jumble is out there, and I will find it.

In a medium bowl, stir together the cake mix, oil and eggs. Using a cookie scoop, drop dough by teaspoons spaced 2 inches apart on to the prepared baking sheets. (To make these cookies look like jumbles, I tried shaping the dough into a circle with a hole in the center, but the shape didn't keep as they baked.) Bake 10 minutes or until set and edges are beginning to brown.