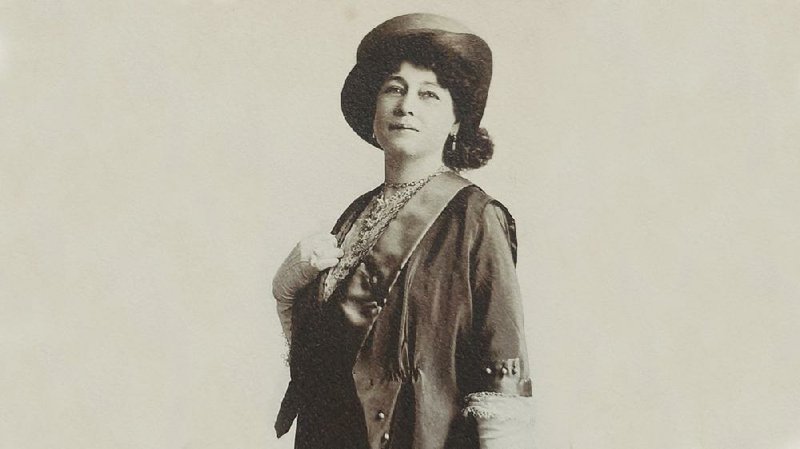 Alice Guy-Blaché was, from 1896 to 1906, probably the only woman in the world who was making films. By the time her career ended prematurely in 1920, she had directed more than 1,000 films, some 150 of which survive, and 22 of which are feature-length.

Studying the dawn of the movies without including a mention of French pioneer Alice Guy-Blaché would be as egregious as writing about the Ninth Symphony without mentioning Ludwig van Beethoven.

Guy-Blaché, who started her career in 1896, was one of the first filmmakers to make narrative films. She also wrote, directed and produced. She helped launch France’s venerable Gaumont studio and founded a studio of her own, Solax. She made films with synchronized sound more than a decade before The Jazz Singer made the movies talk and sing in 1927. She even made A Fool and His Money, the first American movie that featured an all African-American cast.

Many of the thousands of films she’s made aren’t readily available, and others are simply lost. She mentored Lois Weber (The Dumb Girl of Portici), who was the top director at Universal during the 1910s, and Alfred Hitchcock specifically credited her as an influence.

If Guy-Blaché has earned a spot in the cinematic pantheon, director Pamela Green has made a new documentary that might help make the filmmaker more of a household name. Be Natural: The Untold Story of Alice Guy-Blaché not only includes several rarely seen clips from films, but it also documents Green’s nearly decade-long pursuit of information on Guy-Blaché and her surviving movies.

Speaking from Los Angeles, Green acknowledges, “I just couldn’t stop until I found enough to validate the whole thing. There’s many people that did work before, but everybody contributes along the way what they can. I felt that almost when I discovered her, she was saying, ‘Hey, this is not who I am. I don’t think I’m being represented as I should be. Can you help me, please?’ I felt that a little bit. Sometimes your subjects pick you to do their work.”

Guy-Blaché was one of the earliest filmmakers to realize the storytelling potential of movies. When brothers Auguste and Louis Lumière started presenting films to public audiences, their subjects were such mundane situations as workers leaving the Lumière factory after their shifts ended. Guy-Blaché’s debut was The Cabbage Fairy (1896), a fantasy where a woman picks babies out of cabbages.

But before we credit her with being the mother of narrative film, Green cautions, “I always am careful with firsts because I don’t know who did what first. I know she’s the first female filmmaker. I know she’s in it with all these other pioneers. She’s editing. She’s coloring. Can I say that she’s the first? No.

“First is dangerous. It doesn’t mean anything. There are many people who are first, and then you never hear from them again. She’s so much more. She had a 22-year-career. She wrote, directed and produced and had her own studio. That’s insane. Most people in Hollywood now would not have a 22-year career.”

THE BEGINNING OF A GREAT ADVENTURE

Capturing that career and the filmmaker’s long life (She died at 94 in 1968) in a 103-minute documentary is probably an impossible challenge. But just as Guy-Blaché refused to take movies in a mundane direction, Green approaches her subject in a creative manner. She works at the PIC Agency, which has helped design titles for everything from Supergirl to Quantico.

Be Natural features animated maps that follow Green and her associates as she travels the globe looking for films, background materials and surviving relatives of the cinema pioneer. While the movie does provide archived interviews with Guy-Blaché and has clips of her work, the quest itself becomes part of the film. After all, Guy-Blaché’s work is in archives all over the world, and she lived and worked in France, New Jersey and Los Angeles.

“It’s accurate, but it’s more accessible to a wider audience,” she says. “It’s more like Indiana Jones or archaeology in a way, dealing with a subject that most people wouldn’t find interesting unless it was done in a way that was more entertaining.”

Green also had to find ways to describe the technology that Guy-Blaché mastered in a way that people who have long forgotten it can grasp. Be Natural convincingly compares the movies that Guy-Blaché and the Lumière brothers made to early offerings on YouTube, where people with new technology had to write the rules of it as they went along.

“To me, that’s what they looked like,” says Green. “All these historians would say, ‘You can’t do that! That’s a totally different medium. You can’t compare it to that.’ I said ‘Why not? It’s exactly the same thing, just done earlier.’ It took a while for people to absorb a new way of looking at early cinema because it hasn’t really been explored outside academic historians who have been gatekeepers. So I wanted a fresh perspective that was much more accessible. I could never yank her out of early cinema, but I could make her more accessible.”

What does make Guy-Blaché’s films worth digging up is that she, like Charlie Chaplin and Mary Pickford, learned actors didn’t have to project their emotions for the camera like they did on the stage. On the wall in big letters of the Solax studio, the director commanded that her thespians “Be Natural.”

Green unearthed this fact in an interview with actor who had worked at Solax.

Furthermore, Green has helped establish that in addition to Hitchcock, Guy-Blaché left her mark on Sergei Eisenstein (Battleship Potemkin) even though he’d never heard her name. He recalled seeing a film but never learned who made it.

“That gets the attention of cinephiles, doesn’t it? Eisenstein cited her without knowing it was her. He cited [her 1906 film] The Consequences of Feminism,” she says.

Guy-Blaché’s career came to an abrupt halt in 1920 when studios in France and America wouldn’t hire her anymore.

“No, because she’s a woman, and she’s too old,” she says.“Fifty in that age was like 70 now. The system changed. It became more like an assembly line. They’re not going to divide the labor up. She didn’t fit into the system anymore.”

Furthermore, filmmakers like D.W. Griffith boasted of inventing the closeup. But Be Natural demonstrates that Guy-Blaché used it, and her career started before his.

Green is understandably proud of reversing the neglect of Guy-Blaché and her legacy, and in Be Natural she introduces current Hollywood heavyweights like Peter Farrelly (Green Book) to their history. She got him in the film through “a lot of bugging and begging.

“He was so astonished (by Guy-Blaché) that he showed his daughter.” 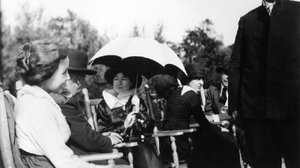 Alice Guy-Blaché (under the umbrella) directs Bessie Love on the set of the The Great Adventure (1918). 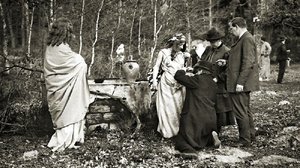 Alice Guy-Blaché (in black hat) is seen directing The Life of Christ in Fountainbleu, France, in 1906. 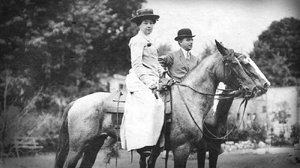 Alice Guy-Blaché rides a horse with her protegè Wilber Melville, who she hired as her assistant director in 1910.
ADVERTISEMENT