• MSNBC's Lawrence O'Donnell has retracted his report about supposed Russian ties to President Donald Trump's finances and apologized for reporting it -- just as Trump's lawyer demanded. O'Donnell said, however, that he still doesn't know whether the story is true. His public pull-back unfolded quickly in the opening minute of The Last Word, where 24 hours earlier the cable news host said that a source had told him that Deutsche Bank documents showed that Russian oligarchs had co-signed a loan application for Trump. O'Donnell's report was based on a single source that he did not identify, even as he couched it with the qualifier "if true" and admitted that it had not been verified by NBC News. In court on Tuesday, Deutsche Bank had revealed that it possessed some of Trump's tax returns that had never been released to the public, leading to speculation about what information those documents contained. When he initially reported Tuesday on the supposed co-signing of the loans, O'Donnell said "that would explain, it seems to me, every kind word that Donald Trump has ever said about Russia and Vladimir Putin, if true, and I stress the 'if true' part of this." Trump's lawyer, Charles Harder, had written Wednesday to NBC, saying the report was false and defamatory and threatening legal action if it wasn't disowned. Harder said the report could have been disproved with an Internet search. On Wednesday, O'Donnell tweeted that he made an "error in judgment" reporting the story. "We don't know whether the information is inaccurate," he said later on the air. "But the fact is we do know it wasn't ready for broadcast and for that I apologize." NBC News has not said whether O'Donnell faces disciplinary action.

• Country-music artist Garth Brooks will give a talk to schoolchildren titled "The Power of Songwriting" at the Grammy Museum in Cleveland, Miss., on Sept. 24. About 140 students ranging in age from 11 to 18 from schools and arts and education programs throughout Mississippi have been invited to the event. The museum said Brooks will discuss his songwriting process, including how songs can provide a glimpse into the life of the songwriter. Students also will get a chance to ask Brooks questions and hear him perform. The event is part of the museum's "Backstage Pass" series. Bob Santelli, the founding executive director of the Grammy Museum, will moderate the event. Brooks, 57, a two-time Grammy winner, has been inducted into the Songwriters Hall of Fame, the Nashville Songwriters Hall of Fame, Country Music Hall of Fame, and, most recently, the Musicians Hall of Fame. The Grammy Museum, which opened in 2016, is on the Delta State University campus. 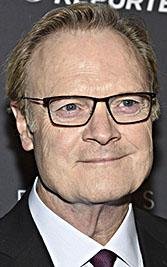 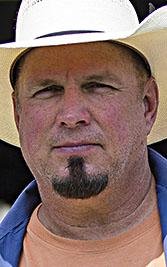