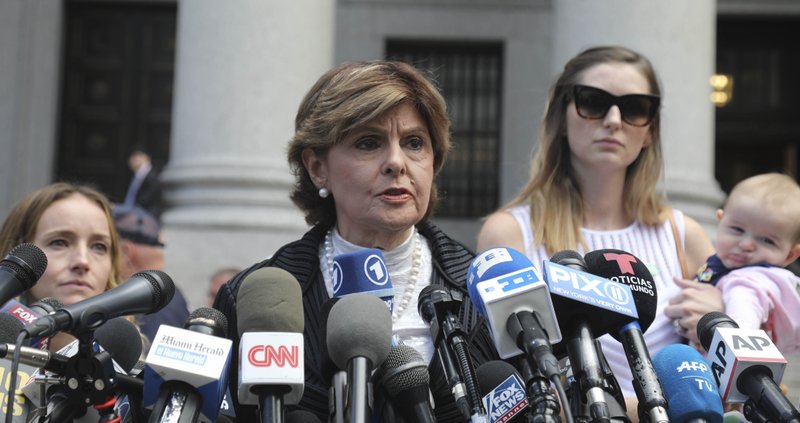 Attorney Gloria Allred, center, flanked by two of her clients, speaks during a news conference after leaving a Manhattan court where sexual victims, on invitation of a judge, addressed a hearing after the accused Jeffrey Epstein killed himself before facing sex trafficking charges, Tuesday Aug. 27, 2019, in New York. (AP Photo/Bebeto Matthews)

WASHINGTON -- Former congressman Darrell Issa, R-Calif., has created an exploratory committee as he considers a return to Congress in the district of Rep. Duncan Hunter, R-Calif., who has been accused by prosecutors of using campaign funds to help facilitate extramarital affairs.

Issa, who represented a neighboring San Diego-area congressional district for 18 years before retiring in January, said on a fledgling campaign website that he has been widely encouraged to run.

"I have formally launched an exploratory committee for the 50th Congressional District in California," Issa wrote. "I have received such a tremendous outpouring of encouragement from supporters inside the district, and around the state and across the Nation. I'm truly grateful for the many encouraging phone calls, messages and letters that I have received."

Issa, a former House Oversight and Reform Committee chairman, was nominated last year by President Donald Trump to lead the U.S. Trade and Development Agency, but his nomination has stalled in the Senate.

Issa built a national profile as the chief congressional antagonist to President Barack Obama's administration during his tenure as ranking Republican, and then chairman of the Oversight panel between 2008 and 2015. He later targeted former Secretary of State Hillary Clinton, as she prepared to seek the presidency, over her response to the deadly 2012 attacks on Americans in Benghazi, Libya.

But Issa's hold on his district became increasingly tenuous, and he barely fended off a Democratic challenger in 2016. When he announced his plans to retire in early 2018, Issa said he was "looking forward to another chapter in my life."

Hunter and his wife, Margaret, were charged last year with using more than $250,000 in campaign funds to pay for family vacations, theater tickets and other personal expenses. In a new filing in June, federal prosecutors alleged that Hunter used campaign money to fund trips, dinners and drinks with other women with whom he was romantically involved.