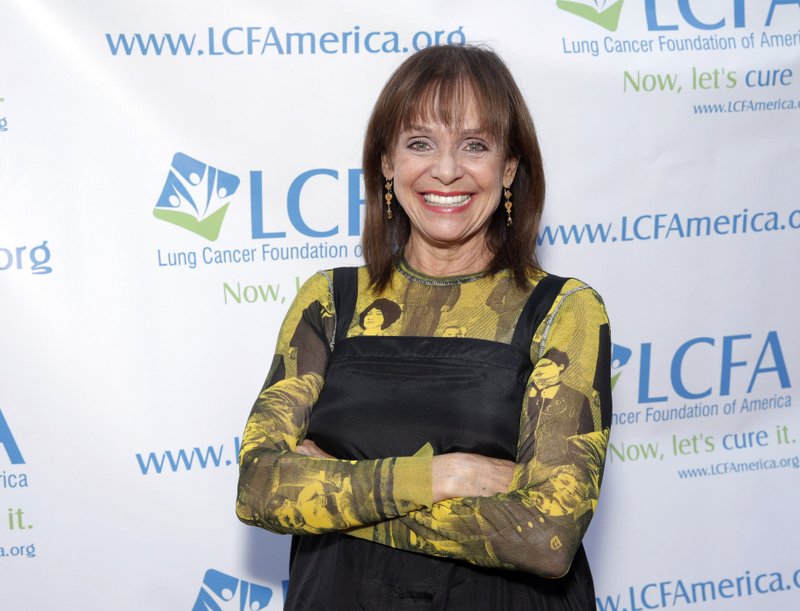 In this Sunday, Sept. 29, 2013, file photo, Valerie Harper attends the "Lung Cancer: Bring On The Change!" Event in Los Angeles.

Longtime family friend Dan Watt confirmed Harper died Friday, adding the family wasn't immediately releasing any further details. She had been battling cancer for years, and her husband said recently that he had been advised to put her in hospice care.

Harper was a breakout star on The Mary Tyler Moore Show, then the lead of her own series, Rhoda. She was 80.

She won three consecutive Emmys (1971-73) as supporting actress on The Mary Tyler Moore Show and another for outstanding lead actress for Rhoda, which ran from 1974-78.

In 2013, she first revealed that she had been diagnosed with brain cancer and had been told by her doctors she had as little as three months to live.

But she refused to despair. "I'm not dying until I do," Harper said in an interview on NBC's Today show. "I promise I won't."

In 1970, Harper auditioned for the part of a Bronx-born Jewish girl who would be a neighbor and pal of Minneapolis news producer Mary Richards on a new sitcom for CBS.

It seemed a long shot for the young, unknown actress. As she recalled, "I'm not Jewish, not from New York, and I have a small shiksa nose."

But Harper may have clinched the role when she blurted out in admiration to the show's tall, slender star: "Look at you in white pants without a long jacket to cover your behind!"

It was exactly the sort of thing Rhoda would say to "Mar," as Harper recalled in her 2013 memoir, I, Rhoda. Harper was signed without a screen test.

"Women really identified with Rhoda because her problems and fears were theirs," Harper theorized in her book. "Despite the fact that she was the butt of most of her own jokes, so to speak, ... her confident swagger masked her insecurity. Rhoda never gave up."

Information for this article was contributed by Frazier Moore of The Associated Press.