As it gets towards the end of the summer growing season, you tend to be a bit less observant in the garden. Then one day you look out and your tomato or pepper plant is half gone. 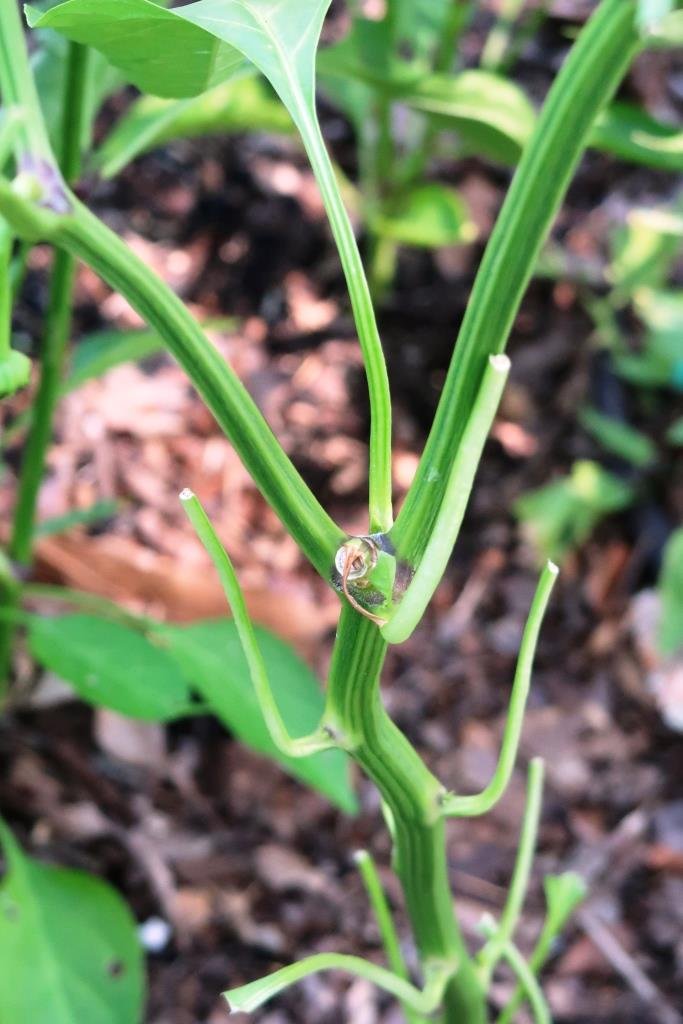 Look closely and you will often find a large caterpillar with a red horn-like structure on the tail end, 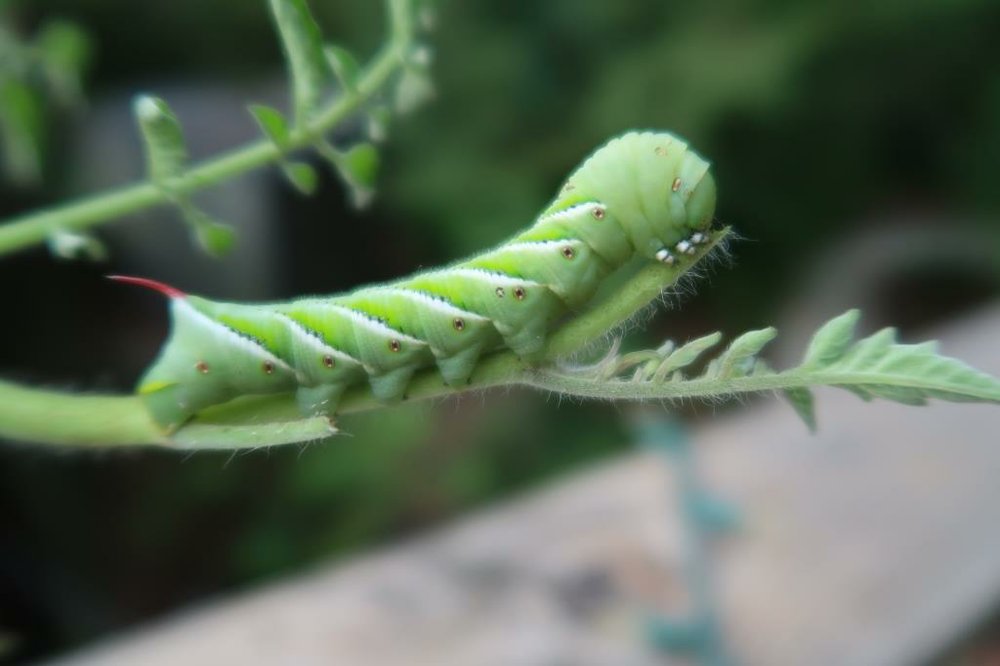 and you have a tomato hornworm. The tomato hornworm likes tomatoes in particular, but it will eat other members of the nightshade family too--peppers, eggplants, potatoes and tomatillos. While some of us thought we were going to miss being attacked this year, the hornworms have hit hard the last two weeks in central Arkansas.

The mother of this pest is a large moth that hovers like a hummingbird, so a common name is a hummingbird moth or sphinx moth. 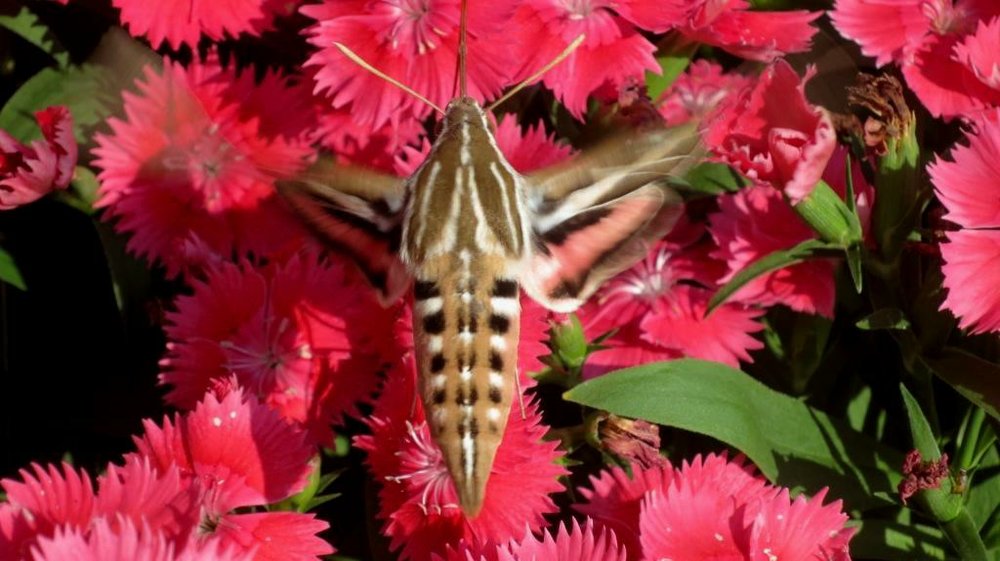 There are actually two species of hornworms, but they are similar in appearance and damage the same plants. The tomato hornworm typically has a black horn, while the tobacco hornworm has a red horn--but the horn is not a stinger and won't hurt you. Most gardeners call them tomato hornworms because we aren't growing tobacco and we have them feeding on our tomato plants. We can have at least two generations a year, so I suspect we are seeing the second or possibly third generation now. The adult moth lays eggs on the underside of leaves on tomato or other nightshade plants. The eggs hatch and the larvae start feeding. They are voracious eaters and can damage a plant seemingly overnight growing up to 4 inches in length. They feed for about 4 weeks before they burrow into the soil where they can re-emerge either later that summer or the next summer as moths.

Pesticides are rarely used, since by the time we spot them, they are too large for an insecticide to do much good. If you have large caterpillars, hand-pick and destroy them or put them near your bird feeders. Home gardeners who are raising chickens can give their chickens a treat by letting them have the hornworms.

I had two hornworms this morning on the sole remaining tomato plant in my garden-- a yellow pear tomato. One of the hornworms I destroyed, while the other I am leaving. It has white cocoons on it. 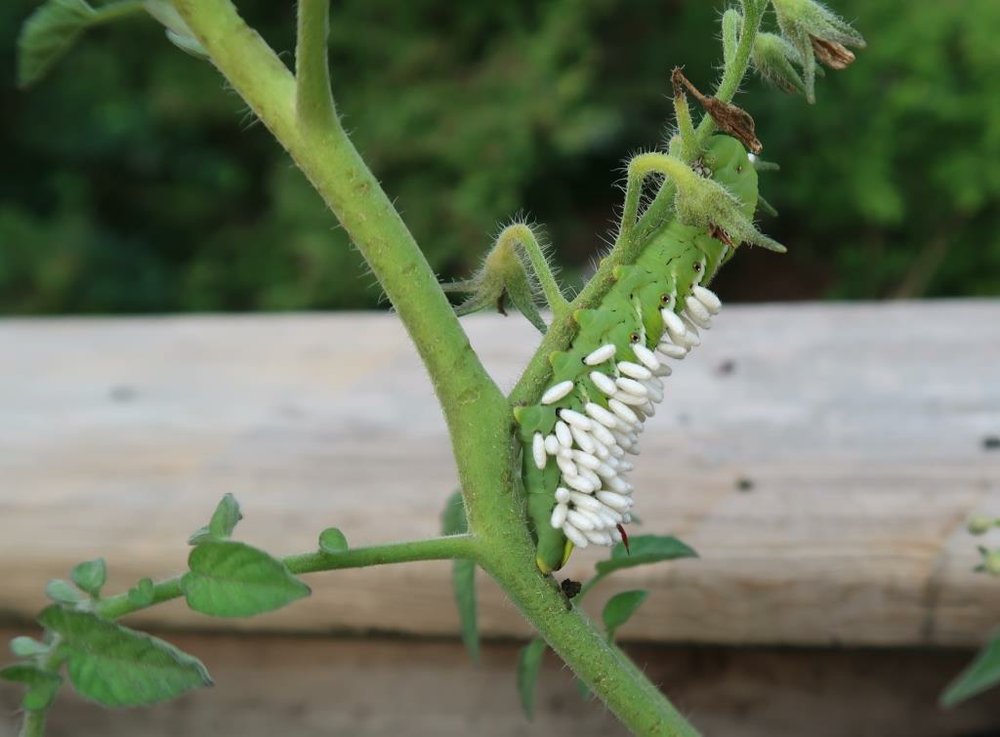 It is actually sort of a horror movie in the making. A beneficial insect called a braconid wasp found this hornworm when it was younger and she laid eggs just under the skin of the hornworm. The eggs hatched inside the hornworm and basically are eating the hornworm alive from the inside. As the braconid wasps mature, they chew their way out of the hornworm and spin tiny white cocoons on the outisde. As the wasp larvae mature inside the cocoons, they will emerge at the tip end of the cocoon and go in search of more hornworms. If you see a hornworm covered in tiny white looking eggs, let it do its job and produce more beneficial insects. 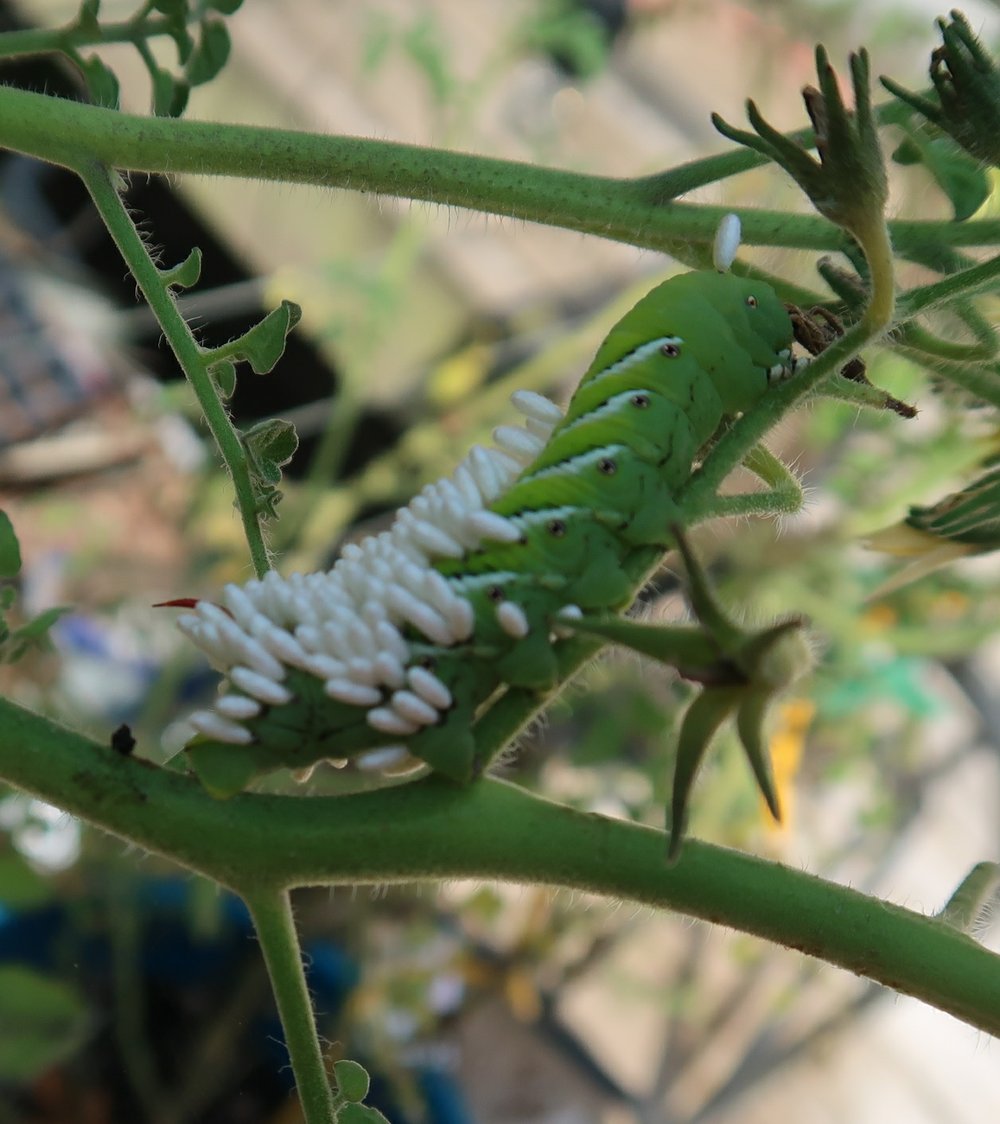 Braconid wasps are small dark insects with transparent wings and most species are parasitoids, meaning they kill their host. The infested hornworm is not doing much damage now and soon will be dead. Cool but gross, I know!