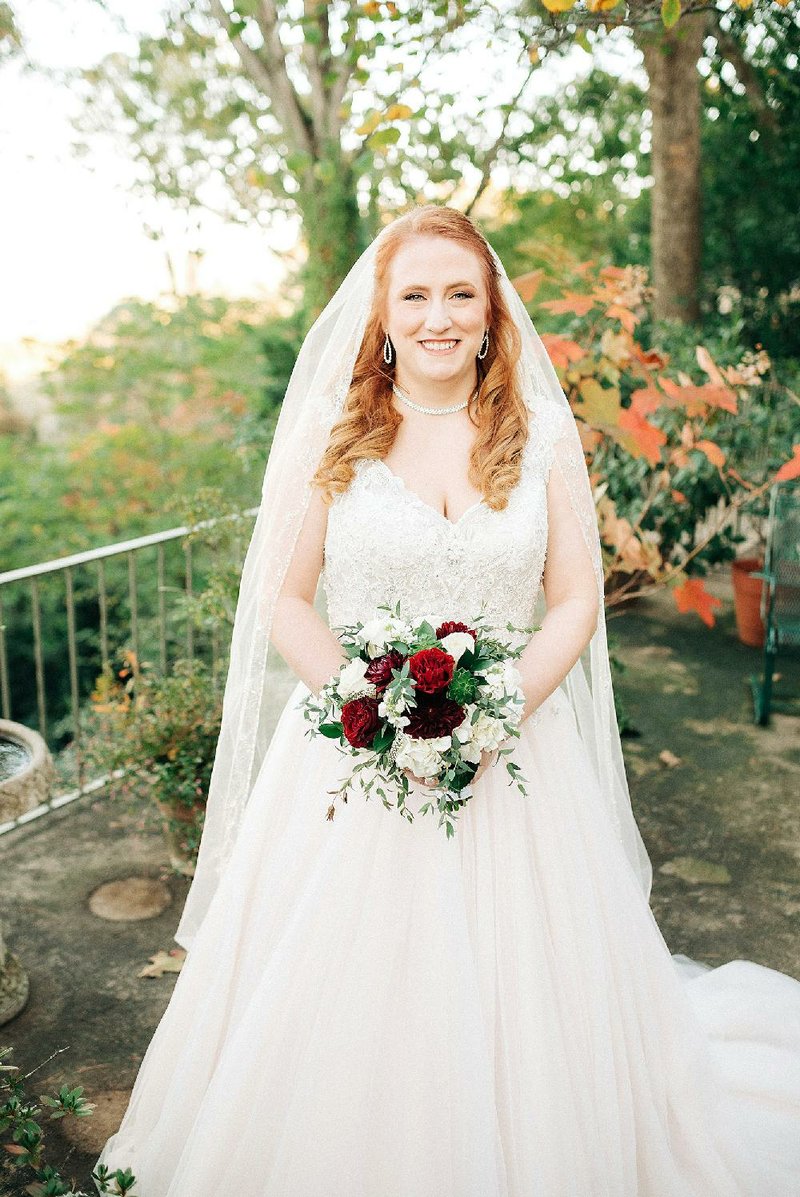 Trinity Episcopal Cathedral was the setting at 5 p.m. Saturday, Nov. 23, for the marriage of Anna Weston Squire and Klayton Patrick Babin. Officiating was the Rev. James Russell Snapp assisted by the Revs. Christoph Keller III and Charles T. Chapman Jr.

Parents of the bride are Nan and Dr. Arthur Edwin Squire Jr. of Little Rock. She is the granddaughter of the late Nannie and John Allmon Jr. of Dumas and the late Nancy and Arthur Squire of Fort Smith.

The groom is the son of Geri and Kenneth Paul Babin of Boyce, La. His grandparents are the late Loretta and Kevelyn Paul Babin of Gonzales, La., and the late Norma Jean and Gerald Wells of Alexandria, La.

Escorted by her father, the bride wore a champagne A-line gown with a hand-beaded Alencon lace bodice and multi-layered skirt of English net. She carried a bouquet of hydrangeas, roses, dahlias and ranunculus with eucalyptus and succulents.

Katherine Elizabeth Cooper-Bussell of Pensacola, Fla., was matron of honor. Bridesmaids were Laura Squire Trott and Sarah Squire, both of Germantown, Tenn., and sisters of the bride; and Elizabeth Caldwell, Brandee Moss and Tara Edmondson, all of Little Rock. Junior bridesmaid was Abigail Trott of Germantown, niece of the bride. They wore midnight navy gowns and carried a smaller version of the bride's bouquet.

After the ceremony, there was a reception at the Capital Hotel. Guest tables were decorated with white and burgundy arrangements of wedding flowers. Music was by the Diamond Empire Band

The bride has a bachelor's degree in environmental science and minor in music from the University of Central Arkansas. She is a business banking specialist with US Bank, a professional singer with Trinity Episcopal Cathedral and Christ Episcopal Church and founder of Opera in The Rock.

The groom has an associate's degree in business and is a financial adviser administrator and business development specialist with David Lukas Financial. He is also a professional soccer referee with United States Soccer Federation and a collegiate referee for the National Intercollegiate Soccer Officials Association.

The couple will live in Little Rock after a short trip to Asheville, N.C. They plan a delayed honeymoon to Costa Rica.