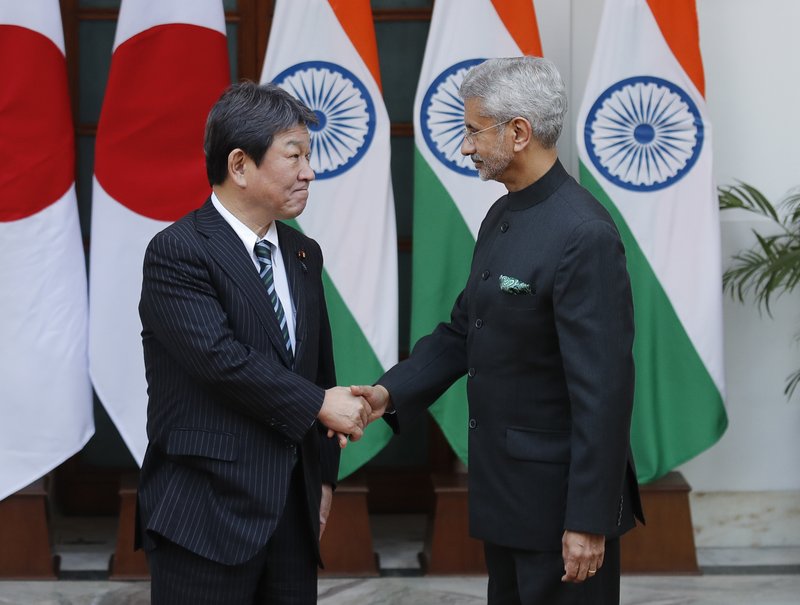 NEW DELHI -- India said Saturday that ties with Japan are key to stability in the Indo-Pacific region as the two countries held their inaugural foreign and defense ministerial dialogue in New Delhi with an aim to further bolster their strategic partnership.

The security talks focused on cooperation in building a free and open Indo-Pacific region in view of China's growing footprint in the region. The talks took place following a decision by Indian Prime Minister Narendra Modi and Japanese Prime Minister Shinzo Abe during a summit between the leaders last year.

Singh held talks with Kono on a range of issues.

India and Japan said in a joint statement that the "further strengthening of bilateral cooperation was in mutual interest of both countries and would also help in furthering the cause of the peace, security and prosperity in the Indo-Pacific region."

Modi said that India's relationship with Japan is "a key component of our vision for Indo-Pacific for peace, stability and prosperity of the region, as well as a cornerstone of India's Act East Policy," according to a statement from India's Ministry of External Affairs.