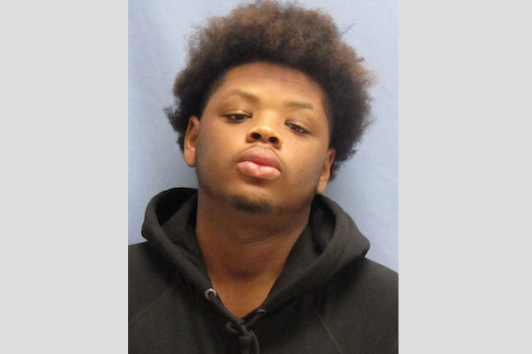 An 18-year-old from Little Rock was charged Sunday with nine counts of aggravated robbery in a series of crimes over the last two weeks, police said.

Hill was taken into custody Sunday after he attempted to get into a woman’s car around 6:40 p.m., authorities said.

Officers nearby noticed the interaction, according to a police report, and saw he matched the description of a suspect in recent robberies.

The officers stopped him and found in his possession a loaded pistol, according to the report.

Officers took Hill in for questioning, and he confessed to "numerous" armed robberies and a battery, according to an arrest report. He was also charged with criminal attempt to commit armed robbery for the incident earlier when he tried to get into the woman's car.

Robberies in which Hill has been charged, according to police reports filed in each, include:

Hill was booked into the Pulaski County jail just after 1 a.m. Monday, and he remained there Monday afternoon with bail not yet set.