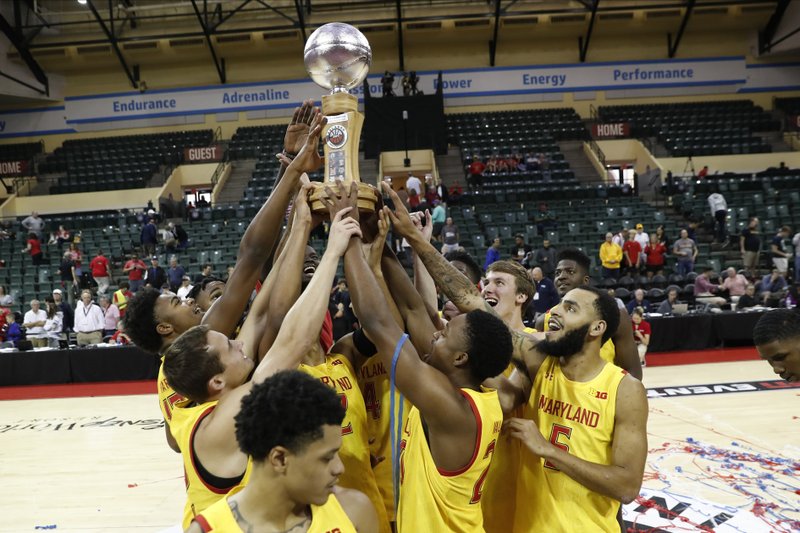 FORT WORTH -- Nausia Woolfolk had a big first half, Kiah Gillespie hit the shot that put Florida State up by double digits, and Nicki Ekhomu helped put her team back in control.

If the Seminoles are going to make another NCAA Tournament run, those three seniors figure to lead the way.

Woolfolk scored 18 of her season-high 24 points before halftime, Gillespie added 22 points with 9 rebounds, and Ekhomu finished with a career-high 12 assists to lead 12th-ranked Florida State past Texas A&M 80-58 on Sunday night.

"They all just play such a strong role for us," said Coach Sue Semrau, who's seeking a third trip to the Elite Eight in the past six seasons. "I thought Woolfolk got us going early. And then Kiah in the second half, she had rhythm shots. She took 'em. She hit 'em. And then Nicki just runs the show."

The first meeting between the teams since the Seminoles won on the Aggies' home court in the second round of the 2016 NCAA Tournament came at TCU in the Maggie Dixon Classic, named for the late sister of Horned Frogs men's Coach Jamie Dixon.

It's the second consecutive year TCU has hosted the event, in its 14th season. The previous year, Coach Gary Blair and his Aggies were the hosts. Maggie Dixon died of heart arrhythmia in 2006. The first tournament in her honor was held later that year at Army, where she coached.

Chennedy Carter, the SEC preseason player of the year, scored 20 points but had a rough shooting night for the Aggies (5-1).

Carter, who went to high school in the Dallas-Fort Worth area, missed all seven of her three-point attempts, including a good look that could have pulled Texas A&M within four late in the third quarter. She was 8 of 22 from the field.

"Chennedy has got to learn what the defense is giving her," Blair said. "What they're giving her, they want her to shoot the three. She wanted to come back home and put on a show like she's been putting a show on everybody all year. This wasn't one of her better decision games offensive or defensively."

Gillespie was 5 of 6 from inside the three-point line while going 3 of 10 outside the arc, but one of those three-pointers opened the second half and gave the Seminoles (7-0) their first double-digit lead at 43-32.

CHARLOTTESVILLE, Va. -- Michaela Onyenwere had 27 points and 11 rebounds, Lauryn Miller had 14 points and 10 rebounds, and No. 11 UCLA (7-0) took control in the fourth quarter to defeat Virginia and go 2-0 in the Cavalier Classic.

Onyenwere opened the fourth quarter with a three-pointer that pushed the Bruins' lead to 58-52, Miller followed with a layup, and Japreece Dean had a pair of baskets to make it 64-52 with 7:07 to play. UCLA outscored the Cavaliers 18-10 in the final period.

Jocelyn Willoughby led the Cavaliers (4-4) with 22 points and 10 rebounds.

LEXINGTON, Ky. -- Rhyne Howard led a balanced attack with 14 points as No. 14 Kentucky cruised to a victory over Austin Peay.

EVANSTON, Ill. -- Sonya Morris' short jumper in the final minute lifted No. 16 DePaul (6-1) to a victory over Northwestern (5-1), handing the Wildcats their first loss and giving Doug Bruno his 700th victory as the Blue Demons' coach.

Chante Stonewall finished with 25 points, and Morris had 22.

Abbie Wolf had 18 points for the Wildcats.

Dominique Oden had nine points and eight rebounds for Purdue (6-1).

Howard scored 91 points in his first two games of the eight-team tournament at Disney World. However, Marquette's all-time scoring leader was just 1 of 12 from the field in this one.