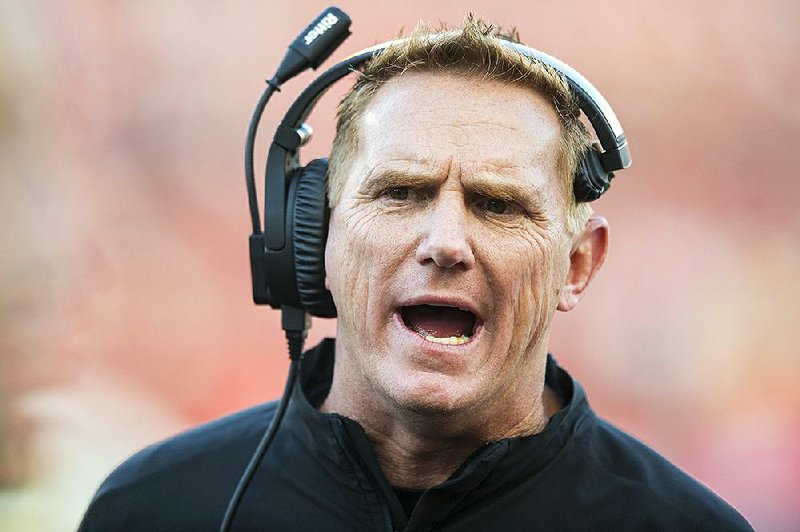 Arkansas State University football Coach Blake Anderson reportedly has been in contact with the University of Missouri over the Tigers' coaching vacancy.

According to a report Wednesday in the St. Louis Post-Dispatch, Anderson and Missouri officials have spoken "multiple times this week" and that Anderson is "interested."

When reached by phone Wednesday evening, Anderson declined to comment on the matter and said he is on the road recruiting for ASU.

"There's a lot of people that like Coach Anderson, I'll just tell you that," Mohajir said when asked whether any schools have contacted him about Anderson. "More than one or two schools."

Missouri, which finished 6-6 this season but is not eligible to play in a bowl game due to an NCAA-mandated postseason ban, fired Barry Odom on Saturday, a day after the Tigers' 24-14 victory over Arkansas in Little Rock. Odom went 25-25 overall and 13-19 in SEC play in four years at Missouri, including two bowl appearances.

Anderson is fresh off a 7-5 regular season in his sixth year at ASU. The Red Wolves will head to a bowl game for the ninth consecutive season.