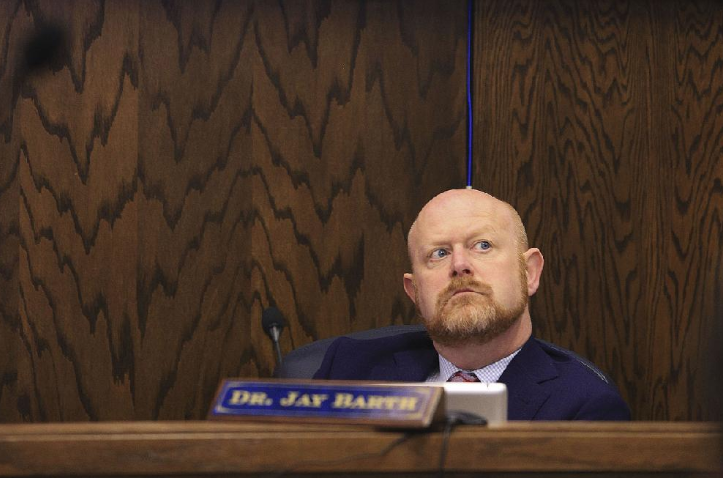 Former state Board of Education chairman Jay Barth is shown in this file photo.

The city of Little Rock has hired Jay Barth as chief education officer, a new position that in part will work to implement a community schools model proposed by the mayor and endorsed by the state.

Starting in early January, Barth plans to work with schools in the Little Rock district and various partners to make schools in disadvantaged areas into “hubs” with wraparound services that address the needs of students and their families.

“This will be a rejuvenation in opportunity for young people living in our most fragile neighborhoods,” Barth said at a news conference at City Hall on Friday.

Barth will retire from his job as a professor at Hendrix College in Conway on Dec. 31. He is a former state board of education member. His hire is made as five years of state control of the Little Rock School District come to an end and a memorandum of understanding between the state, district and city is being worked out.

The state Board of Education in the fall made a motion to endorse a proposal from Mayor Frank Scott Jr. to create those community schools.

Beyond that model, Barth’s duties will also include working with schools in the city not in the Little Rock district, as well as higher education institutions.

The city will pay him $28.65 an hour for the part-time role, Scott said. Additional funding for the position, which has not yet been finalized, will come from the Little Rock Public Education Foundation, the mayor added.