UCA's Hudson living up to praise from preseason 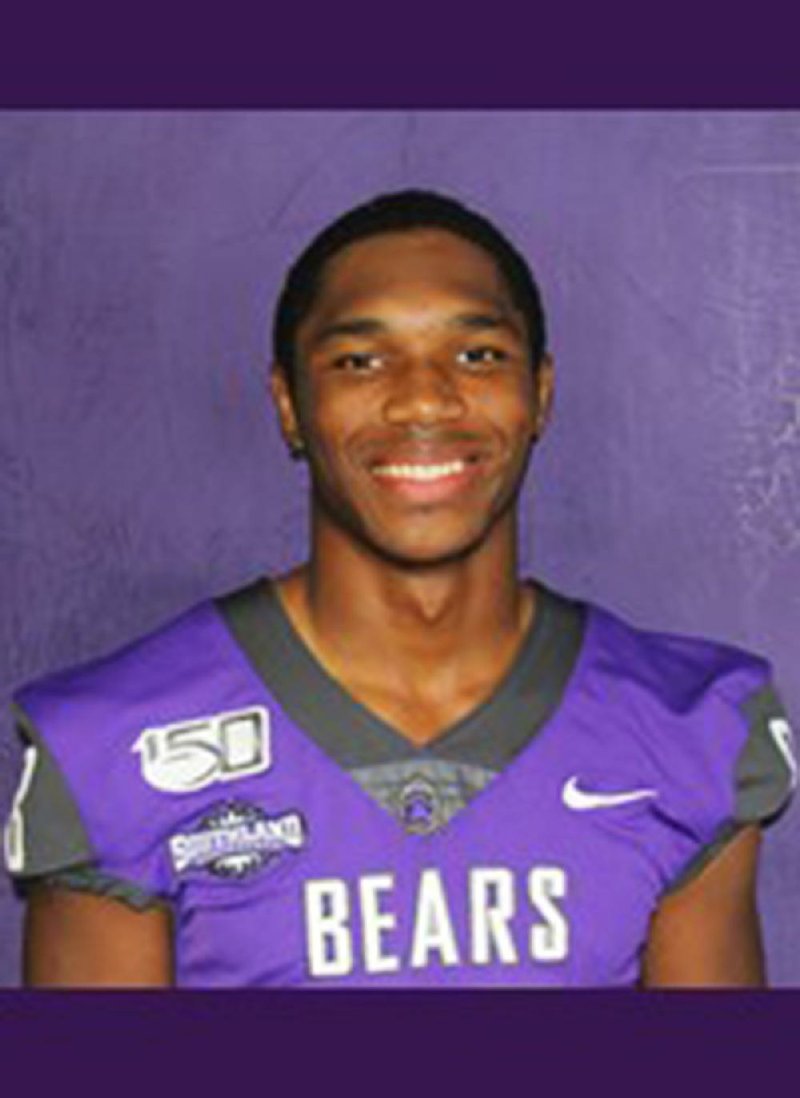 CONWAY -- After no more than a handful of summer practices, University of Central Arkansas football players knew they had a new star.

Many of them had heard UCA Coach Nathan Brown speak of freshman receiver Tyler Hudson's talent and potential. They were convinced in short order.

"Literally, the first and second day, he's already going up there making one-handed grabs," said senior Juan Jackson, a second-team All-Southland Conference safety. "He was already doing a lot of things you don't see every day. We knew then he was going to be something special."

Hudson, a starter in each of UCA's 12 games this season, caught 52 passes for 939 yards and 12 touchdowns and was named the Southland Conference Freshman of the Year. His play helped UCA (9-3, 7-2 Southland) to a co-conference championship and a bye into the second round of the NCAA Division I FCS playoffs.

UCA is scheduled to play Illinois State (9-4, 5-3 Missouri Valley) in the second round at Estes Stadium in Conway at 2 p.m. Saturday.

Sophomore quarterback Breylin Smith, an All-Southland Conference second-teamer, said he believed the preseason praise of Hudson. Nevertheless, first-hand experience with Hudson surprised him and everyone else.

"Coming in, we knew he would be really good, but it didn't take long to see it," Smith said. "There were a couple of days in practice, back-to-back days where everyone just said, 'Oh. Yes, he just did that.' ''

"We thought he would be a very good player, but there was no way for us to know he would be as good as he's been," Brown said.

Hudson, all-district as a senior for Klein Oak High School in the Houston suburb of Spring, Texas, last season, turned down offers from all but Princeton among Ivy League schools and another from nearby Rice, a Division I FBS academic powerhouse but a program with a total of 14 victories over the last five seasons. Hudson said he wanted to play for a winner and get an opportunity for post-season play, which Ivy League schools don't offer.

He said UCA's coaches and players won him over.

"The players gave me a warm feeling like I should be here," Hudson said. "I talked to Breylin several times, and I liked him a lot, and Coach Brown told me I would have an opportunity to play from the start, and that's all I wanted."

Hudson is a finalist for the Jerry Rice Award, given to the FCS Freshman of the Year.

"I don't know whether he'll win it or not, but I would think he'll be in the discussion," Brown said. "He's just had a phenomenal year, and he's a big reason we've had the success we've had."

Hudson's freshman success started early. He scored a touchdown on one of four catches in UCA's season-opening 35-28 victory at Western Kentucky of the FBS. He caught 4 passes for 120 yards and 1 touchdown in his second game, a 24-16 victory at Austin Peay.

Those totals went unmatched until sophomore receiver LuJuan Winningham was lost for the season with a broken arm in the first quarter of a 29-25 victory over Sam Houston State on Oct. 26. Hudson responded with 10 receptions for 140 yards and 1 touchdown.

"He's a ball magnet," Jackson said. "Even when you're close to him, he's going to go up and make a play. Whether it's a good pass, a bad pass, he's going to catch it. He's going up and getting it."

With a share of the Southland championship on the line in the final game of the regular season, Hudson caught 9 passes for 161 yards and 3 touchdowns, including two that featured Hudson's trademark catches over tight coverage in UCA's 52-35 victory at Incarnate Word on Nov. 22.

"I really like it that I chose here," Hudson said. "I have a lot of great friends. It's just been a great opportunity for me."

Print Headline: UCA's Hudson living up to praise from preseason