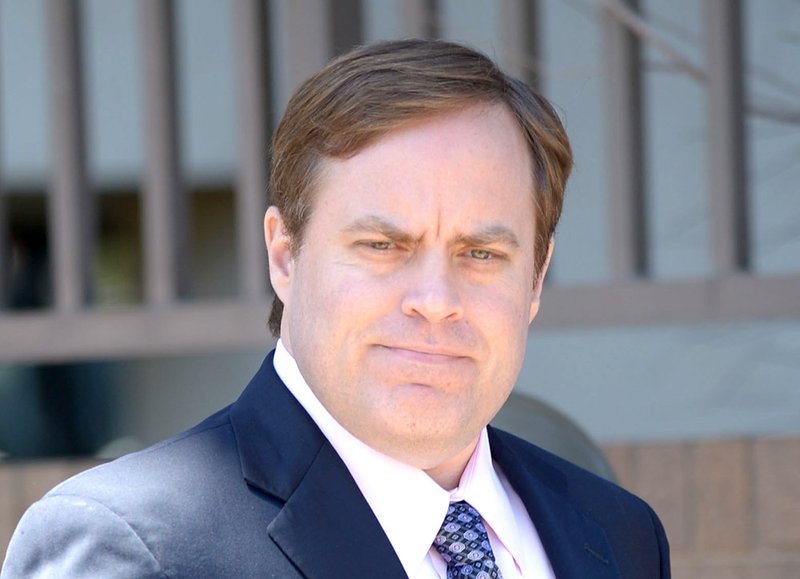 FAYETTEVILLE -- The U.S. Court of Appeals for the 8th Circuit on Friday denied former Sen. Jon Woods' request to be released from prison pending appeal of his conviction on corruption charges.

A jury convicted Woods on May 3, 2018, of 15 felony counts related to taking kickbacks from state grants he directed. U.S. District Judge Timothy Brooks sentenced him to 18 years and four months in federal prison.

The appeals by Woods and two co-conspirators all cite the wiping of an FBI laptop's hard drive by agent Robert Cessario, an investigator in the case. Cessario admitted in pretrial hearings to getting the hard drive of the computer professionally wiped after being ordered to turn it over for inspection.

The judge allowed the trial to proceed despite defense objections.

Oren Paris III, who was president of Ecclesia College in Springdale at the time, paid kickbacks to Woods and then-state Rep. Micah Neal, both of Springdale, in return for $550,000 in state grants to the college from 2013-2015. The kickbacks were routed through the consulting business of Randell Shelton Jr., formerly of Springdale.

Neal pleaded guilty to one count of conspiracy and cooperated with investigators. He received a year of home confinement. Woods and Shelton were convicted at trial. Shelton is also appealing to the 8th Circuit largely on the same grounds as Woods. He received a six-year sentence.

Paris agreed to plead guilty on the condition he be allowed to appeal based on Cessario's action. His appeal is also pending. He's serving a three-year sentence.