South Arkansas man accused of stealing $600 worth of candy 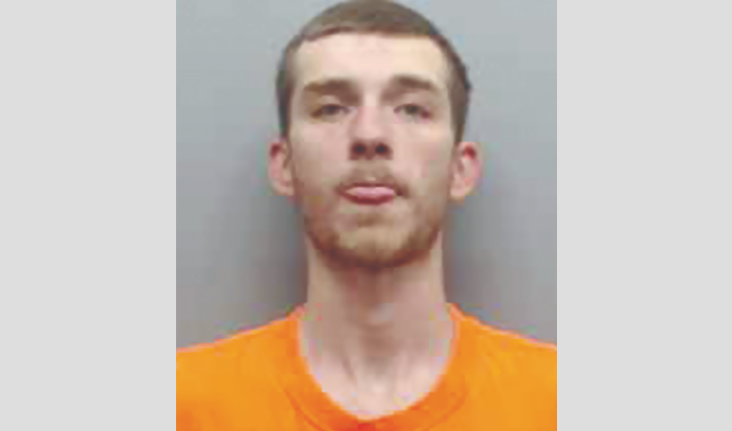 An El Dorado man is scheduled for a first appearance hearing Monday in 35th Judicial District Court on several charges stemming from a burglary at the Boys & Girls Club of El Dorado, 1201 N. West Ave., from which $600 worth of candy was stolen, according to police.

Richard A. Murry, 22, of Calion, was arrested Friday for commercial burglary, theft of property, criminal trespass and possession of instruments of crime, police said.

Police responded just before 11 a.m. to a report of someone entering an abandoned house in the 100 block of Hammond Street.

Upon arrival, officers reportedly made contact with Murry, who was sitting on the couch with a backpack, noting a pipe commonly used to smoke narcotics was visible in one of the pockets on the backpack.

Murry told officers he had another methamphetamine pipe on his person and he was taken into custody, authorities said.

Police said that, during a search, they found the pipe on Murry's person and a third pipe inside the backpack.

Also inside the backpack was an "excessively large amount of candy," police said, noting there were approximately 60 packages of candy.

Murry initially said he found a bag of candy behind the Boys and Girls Club of El Dorado on North West Avenue and, later, that he had found it in a garbage can, authorities said.

When pressed about the matter, Murry admitted breaking into a concession stand on club grounds the previous night and stealing the candy, which included Kit Kats, M&Ms, etc., according to a police report.

Officers went to the club and spoke with employees who confirmed that the concession stand had been burglarized and the candy was missing.

Police said labels on several large empty cases that were inside the concession matched wrappers of the candy that was found inside Murry's backpack.

He later told officers "he was just walking down the street and decided" to enter the Hammond Street residence to "sit down for awhile," adding that he did not live at the residence, authorities said.

A second pizza delivery driver reported being held at gunpoint this week at an El Dorado apartment complex, according to police.

Police said a Domino's Pizza delivery driver told officers that, while he was delivering an order to an apartment at Hillsboro, two males cornered him and pointed a gun at him.

The driver said that as he was driving onto the grounds of the apartment complex a female who was sitting inside a black Chevrolet Tahoe asked which apartment building he was looking for. He noted that a male was also inside the vehicle and it appeared as if the pair were waiting for someone, police said.

The victim said that when he arrived at the apartment that was listed on the delivery receipt, the residents there said they did not order pizza.

Upon exiting the apartment building, the driver said two robbers were waiting outside. According to police, one of the two said "Hey," and pulled a pistol from his jacket.

The complainant said he then began "running for his life" toward his vehicle.

He said the suspects fled the area, adding they did not take anything from him, police said.

One of the suspects was wearing a brown jacket, a black beanie and glasses and the other wore a blue-jean jacket and light colored jeans, according to a police report.

The delivery driver told police he believes the two were connected to the pair who were inside the Tahoe and that he was set up to be robbed, authorities said.

A similar incident was reported at approximately 10:43 p.m. the previous night by a Pizza Hut delivery driver.

Seconds later, the victim told authorities he heard someone running toward him from behind and saw that it was the same male who was standing near the adjacent building. He said the robber had tied a bandanna around his face.

The complainant told police that the attacker struck him, knocking him to the ground, pointed a gun at him and demanded money, according to police. The robber reportedly made off with an undisclosed amount of cash, food and a food delivery bag before running behind the adjacent apartment building.

A potential suspect was identified in the Dec. 3 incident.

Police have not said if they believe the incidents are related.