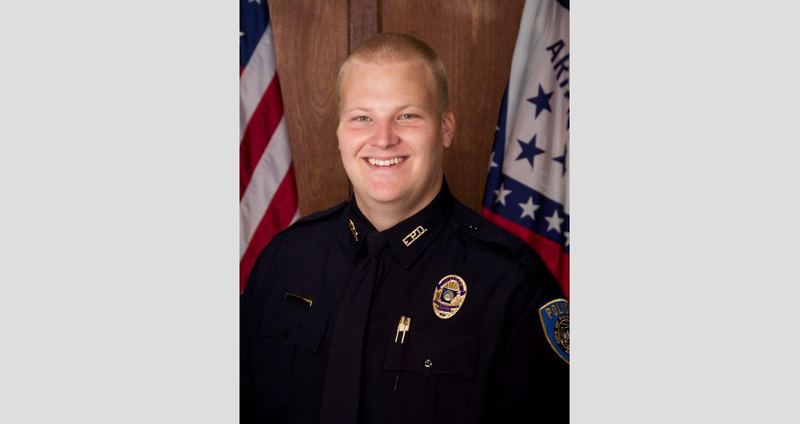 Fayetteville police have released the identity of the officer who was fatally shot in a parking lot behind the police station late Saturday and the suspected gunman who was killed moments later.

“Last night was certainly the worst day in the history of the Fayetteville Police Department,” Chief Mike Reynolds said in a news conference Sunday morning. “We’ve lost one of our own.”

Officer Stephen Carr, 27, was sitting in his patrol vehicle at about 9:42 p.m. when London T. Phillips, 35, of Fayetteville approached him and shot once, striking the officer in the head, Reynolds said. The chief called the killing an “ambush and execution.”

Other officers who responded to the scene chased the shooter into a nearby alley. He said Philips shot at the responding officers, and they returned fire, fatally injuring him.

The names of the two officers who fired back at Phillips are being withheld pending an internal investigation, Reynolds said. Police said the two are on paid administrative leave, per department policy.

The Washington County sheriff’s office is taking the lead in an independent criminal investigation with assistance from state police and the FBI, according to the chief.

Fayetteville's Police Department is near the city's square. According to reports, the shots were heard by people attending the Lights of the Ozarks display on the square.

Fayetteville Mayor Lioneld Jordan said Sunday he was “at a loss for words” over the shooting.

“I’m known for my rallying cry of don’t you just love this city,” he said. “I usually say it with rejoice, but this morning I want to ask everyone to embrace each other with compassion. We’re filled with sorrow and confusion but please be kind as we all go through this grieving process.”

This story was originally published at 9:45 a.m. 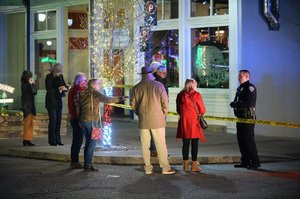 Photo by Andy Shupe
Bystanders ask a police officer about the shooting Saturday night outside the Fayetteville police station. Shots reportedly were heard by people attending the Lights of the Ozarks display on the Fayetteville town square.
ADVERTISEMENT