Changes since the game’s debut foster cooperation and discourage cheating by SUMMERSONG FOX Special to the Democrat-Gazette | December 9, 2019 at 6:50 a.m. 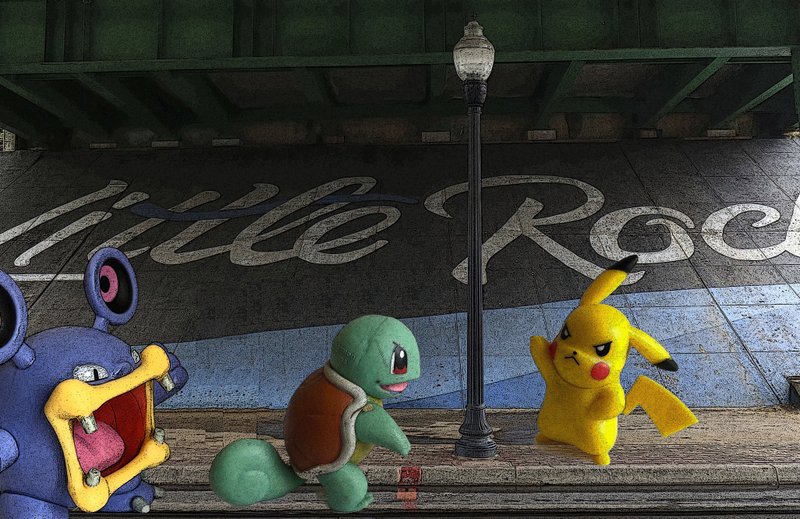 Loudred (from left), Squirtle and Pikachu are among the hundreds of Pokemon that pop up when Pokemon Go players use the smartphone app in downtown Little Rock. But these are Battle Figure toys. (Democrat-Gazette photo illustration/CELIA STOREY)

About one Saturday or Sunday per month down by the Little Rock River Market, you will see any number of people milling around staring down at their phones. If you were curious enough to stop one of them and ask what was happening, they would say, "It's Community Day. ... Oh, sorry — it's a Pokémon Go event."

And you might ask yourself, "People still play that?"

Well, yes. The game that struck a worldwide craze just a few years ago is still going strong with a dedicated and growing fan base.

For someone who never touched the game, the persistence of what appeared to be a passing fad could be chalked up to the unpredictable oddity of others. The people it truly puzzles will be those who played the game when it first came out, tired of the grind and gave it up.

Pokémon Go blew up in 2016. Millions downloaded the game app into their smartphones and went out on the hunt to track down invisible Pokémon, Pokéstops and Pokégyms mapped to Google Map points in their neighborhoods. They caught the little monsters and made them stronger by training them. More than this, people congregated to share information on and talk strategy about the game — in person and online.

But the game had stark limitations and problems. Popular far beyond what Niantic (the developer) expected, it exceeded infrastructure built to support far less traffic. Players struggled to access the game due to network load.

Pokégyms were available across Arkansas — gyms are sites where players can battle for control and then station some of their Pokémon to stand guard and earn the game's currency, Pokécoins. But cheating abounded, to the detriment of legitimate players, as when the Pokégyms at Riverfront Park were taken over by a spoofer with a bot — a player lying to the game about their location and using a code to play faster than any human — who seemed determined to keep local players from gaining any in-game rewards.

Those who played through these concerns would have faced a game that seemed increasingly repetitive and frustrating as Niantic wasn't able to add much in the way of new features or offer any substantive response to the difficulties players reported in that first year.

So, why would anyone still be playing? Why are new players finding their bliss in the augmented reality of adorable fantasy creatures that pop up around the library or the church or the marquee outside the Dickey-Stephens Park?

As of this writing, there are four more generations of Pokémon available — meaning hundreds more cute monsters giving a far greater variety to what pops up around you.

The Pokégyms' structure was modified to reduce the benefit of cheating to such a degree that it is now a fairly rare occurrence — although the number of "coins" you can gather for in-game purchases has also been strictly capped.

Long-term and short-term "research tasks" have been added, which offer up specific goals (such as "Catch 10 Pokémon") with rewards of rare Pokémon and in-game currencies. Some of the abilities offered to players in the original hand-held games, such as the ability to change what fight moves your Pokémon knew, have been added in.

But the largest impact has been the social changes to the game. 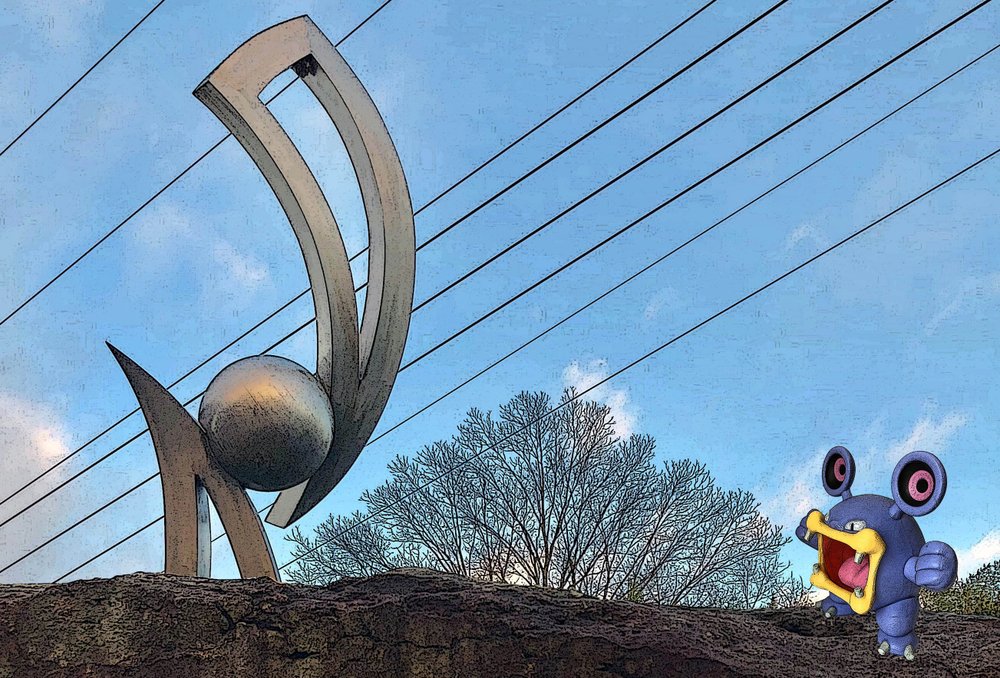 The first sign of a major shift was the gym redesign, which occurred about a year after the game was released, in June 2017.

The game itself pushes new players to join their choice of one of three worldwide teams at an early level (a mechanic most likely drawn from Niantic's earlier release, Ingress). Gyms, both then and now, can only be held by one team at a time and can hold only a limited number of Pokémon from that team. To gain a place for your Pokémon in a gym (the only free method of collecting Pokécoins with which to make purchases in the Pokémon store), you had to take down gyms held by other teams, put your own Pokémon inside and hope that no one from another team was able to defeat and remove them.

This requirement to stick with your team and gym mechanics that made the actions of other teams a penalty to individual players created a surprising amount of inter-team friction and frustration. As a part of the redesign, to collect your in-game currency for holding a gym, you must be removed from that gym by another team.

If you are trying to gather the maximum number of coins, your hope is to hold a gym for about eight hours and then get booted out to make way for the next team.

In the Facebook groups and Discord chats that local players maintain, people now actively request that another team please come defeat a gym that has been held too long. 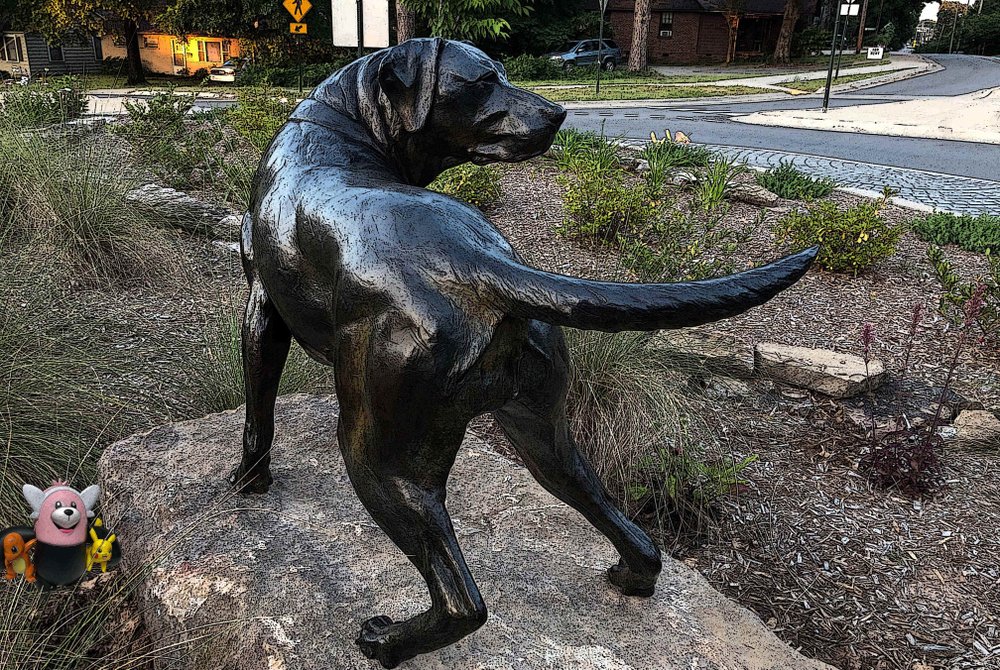 Niantic also introduced the mechanic of "raids" in 2017. Raids are special, timed battles that pop up randomly at gyms in any of five tiered levels, ranging from very easy to truly hard. While a single player — even a relatively new one — could easily fight a level 1 or level 2 raid, the best way to win higher-rated raids is to play with many other players at the same time.

While players had already been able to fight gym battles with members of their team, raids broadened that scope to allow all players to work together, regardless of teams. Today, raids are fought by large, mixed-team groups coming together for cooperative play on a regular basis.

Last year, Niantic really pulled out the stops on game mechanics to encourage cooperative play. They built in the ability to make other players your friends — once again, with no regard to teams — and send them "gifts" collected from Pokéstops (invisible game nodes placed next to public art, historical markers and landmarks and offering players a place to pick up a random selection of useful goodies). Playing through a raid with a person who is your friend improves your ability to win and also what you receive for your reward. Gift boxes sent by friends can convey a chance to get Pokémon that are not available by other means.

At the same time, Niantic introduced the ability to trade a Pokémon with a friend, provided the friends are within proximity to each other. Now you can share your luck with a buddy and achieve game goals together. 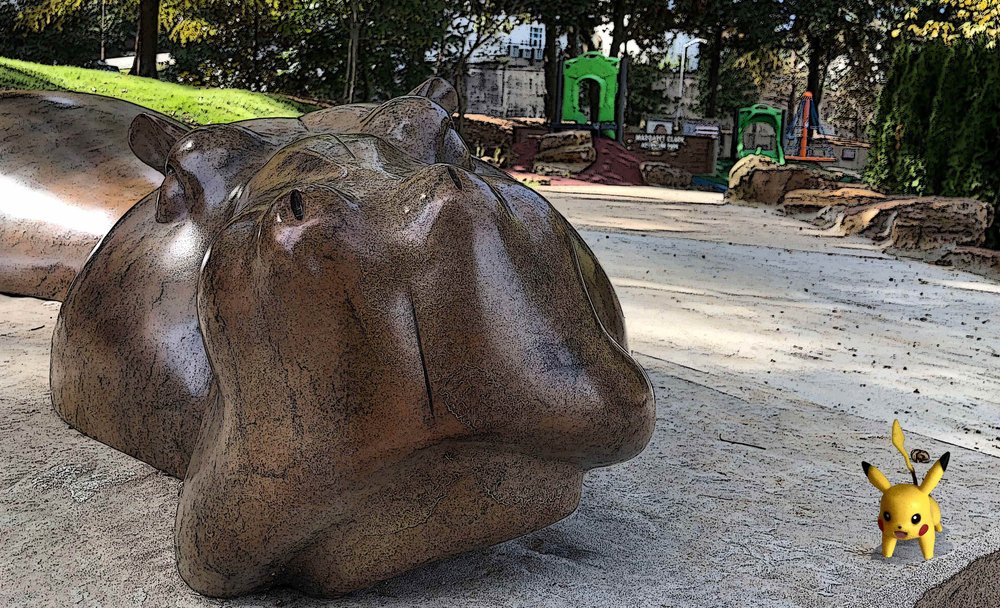 Probably the most important steps Niantic took to increase cooperation and community within the game was a change in the structure of event days. Pokémon Go hosts an event specifically called "Community Day" once per month. Community Days highlight a single Pokémon — of the many hundreds of them — by having it appear in far greater numbers. Also, Community Day releases an exclusive move for that Pokémon and a different colored version of the character can be found at temporarily higher rates.

Community Days frequently offer added benefits like an extension to the time "lures" are viable, tools that can be attached to Pokéstops by a single player to benefit every nearby player.

With what is on offer at any such day so appealing, all players are encouraged to congregate in areas with many Pokéstops to play, trade, raid and make new friends.

Pokémon Go also hosts EX Raids, which are invitation-only raids for frequent players and are set at a specific time and date so that planning can be managed, and "Raid Hours," where for an hour on a weeknight (most have been Wednesday nights) the lucrative level 5 raids increase dramatically to allow groups to gather to raid together multiple times without delay.

While I would say that Niantic has done a good job of modifying the game's structure to allow for and encourage cooperative play, I believe that at least some of those changes may have been prompted by what the players were already doing for themselves. From the start of the game, players built Facebook groups, subreddits, YouTube channels, and other online areas to share information, speculate about patterns, look for others to play with and brag about special finds. These communities have shown true staying power and have only increased and improved with the changes in the game.

More than what any single company could offer, they bring the communities around the game to life. Leaders rise up within a group to coordinate canned food drives and backpack donations on Community Days, times and places to get together to form raid groups, fun competitions for local players, special meetups, etc.

Players celebrate each other's lucky finds, answer questions, post news and just generally support and encourage one another. While I do agree with so many others that nostalgia plays a role in generating players, I believe it is this supportive community that retains them.

Perhaps I've piqued your interest and you'd like to try the game again or for the first time? Well, as luck would have it, you've got a very good weekend coming up to start. The December Community Day will not be a one-day event, but a two-day event, Saturday and Sunday.

More special Pokémon will appear throughout both days, but there will be an extra special bump for certain Pokémon on each day from 11 a.m.-2 p.m.

These events are not specific to any one location but are best played in large parks or areas with a lot of public art.

Once you download the app and start playing, other players typically are glad to answer questions. Online help is easy to find, too. The Silph Road is the most reliable source for player-run research. There's more than one Arkansas group on Facebook; an old and large one is Pokemon Go Arkansas.

If you're looking for others to play with, just look for groups of people laughing and talking to each other who all have their phones out in front of them. Best of luck, trainer!

Section editor Celia Storey asked her niece SummerSong Fox to explain why Pokémon is so popular after the Sherwood native described using the game to learn her way around Colorado Springs, Colo.