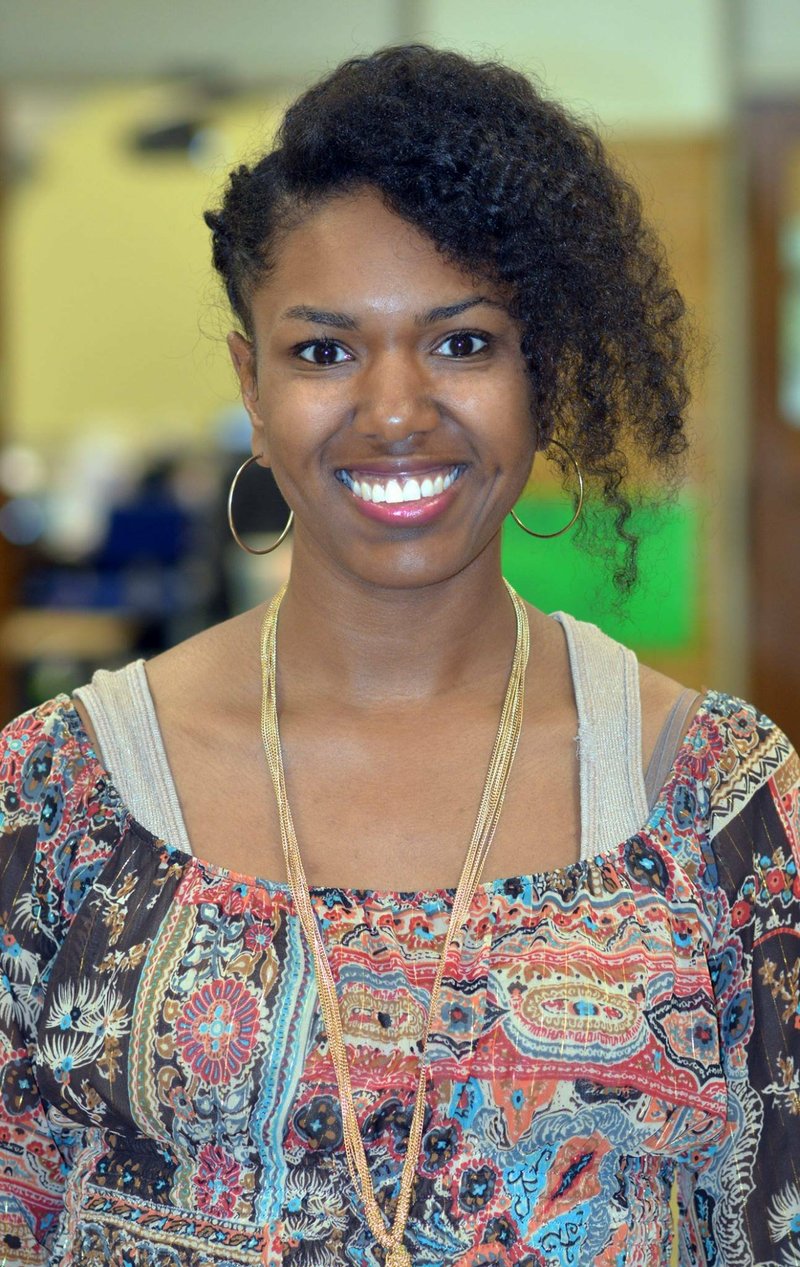 Born in Dermott, Candrice Jones is a writer whose original play, FLEX, is being produced at the prestigious Humana Festival for New American Plays at Actors Theatre in Louisville, Ky. The play is based in Dermott and is about a local women's basketball team striving to play professionally.

If one can say that writers go through seasons, Candrice Jones is in a fortunate one where she is emerging from obscurity to a national stage.

Jones, who grew up in the small southeast Delta town of Dermott and who has taught for several years in Little Rock and Pulaski high schools, will see her new play, FLEX in the 44th annual Humana Festival for New American Plays at Actors Theatre in Louisville, Ky.

The festival, which kicks off in March, is one of the most prominent festivals for playwrights and new plays in the country. FLEX will be performed over four weekends — March 20-22, 27-29; April 3-5, 10-12. Visit actorstheater.org for tickets and times.

"The Humana Festival has introduced many dramatists — such as Marsha Norman and Lynn Nottage — to a national audience, effectively launching the careers of our country's vital writers and thought leaders," says Joey Stocks, the director of publications for the Dramatist Guild, the largest professional organization of playwrights in the country. "It is one of the most important and prestigious festivals for new theatrical work in the United States."

"It's so exciting," Jones says. "This [festival] will be the first full production of a play of mine."

FLEX takes place in 1997 and features a subject rarely found on stage — women's basketball. Jones' play follows the Lady Train basketball team and, as the synopsis notes, how the players "dream of going pro while navigating the pressures of being young, black and female in rural Arkansas."

The specificity of FLEX — set in a real town in the real South — is not a negative in Jones' eyes. You get a sense that Jones takes great pride in where she comes from and that she sees it as a source of strength in her writing.

"It's a Dermott, Arkansas story," says Jones of FLEX. "The more specific a narrative is the more universal it is. The more rural voices the better it is for the whole of the country. I've worked on this play for a long time. It's very important to me."

BITTEN BY THE BUG

"When I was young, my brother challenged me to write a poem for Mother's Day," Jones says. "I've been writing ever since then. I loved to read when I was in high school."

After earning a degree in English with a concentration in creative writing at the University of Arkansas at Monticello, Jones has since worked as a poet and playwright.

"I was trying to feel my way around both arenas," Jones says. "I now feel more comfortable as a playwright."

Jones started out as a poet when working toward her master of fine arts in critical studies from California Institute of the Arts. Spending two years out in Santa Clarita didn't sway Jones to pick up stakes and make a permanent move.

"I liked it out there," Jones says. "But I felt like I needed to come home. I wanted to go back for a more stable environment. It's peaceful [in Arkansas]."

Coming back to her home state, Jones moved in with her sister in Little Rock and worked as a teacher at Wilbur D. Mills and then Central High School. Jones' recognition as a playwright has been quick and has put some notable highlights on her résumé. Her play Crackbaby was nominated for the prestigious Wasserstein Prize in 2010. At the moment she is living in Minneapolis as a Many Voices Fellow at the Playwrights' Center.

"It's cold, but I really like it," says Jones of Minneapolis. "They bring us here for a residency and it's gorgeous. Everywhere you turn there's a beautiful lake."

Being an emerging playwright has Jones looking to a future where her living comes from her writing. The production of FLEX in the Humana Festival will likely draw the attention of agents.

Jones doesn't know what the future holds but she feels more confident than ever that there are more seasons of writing ahead.