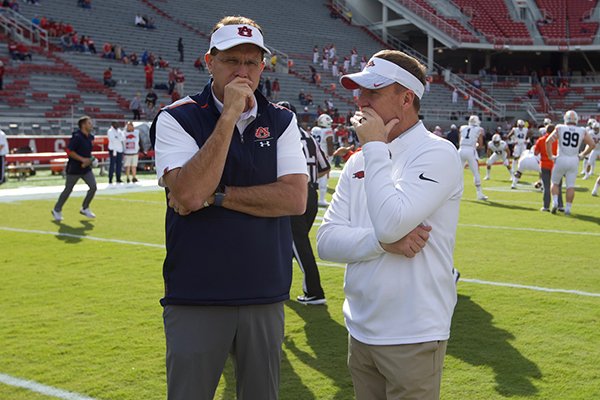 Morris’ contract details have not been released, but his annual pay will be reduced from the $2.45 million annual buyout owed to him by Arkansas through 2023.

Morris was fired as the Razorbacks’ head coach on Nov. 10, a day following a 45-19 loss to Western Kentucky. He was 4-18 overall and 0-14 in SEC games in less than two seasons as Arkansas’ coach.

At Auburn, Morris will be united with his longtime friend Gus Malzahn. Morris and Malzahn first met nearly 20 years ago while head coaches in Texas and Arkansas.

Auburn will be Morris’ third coordinator position. He coordinated Tulsa’s offense in 2010 and at Clemson from 2011-14.