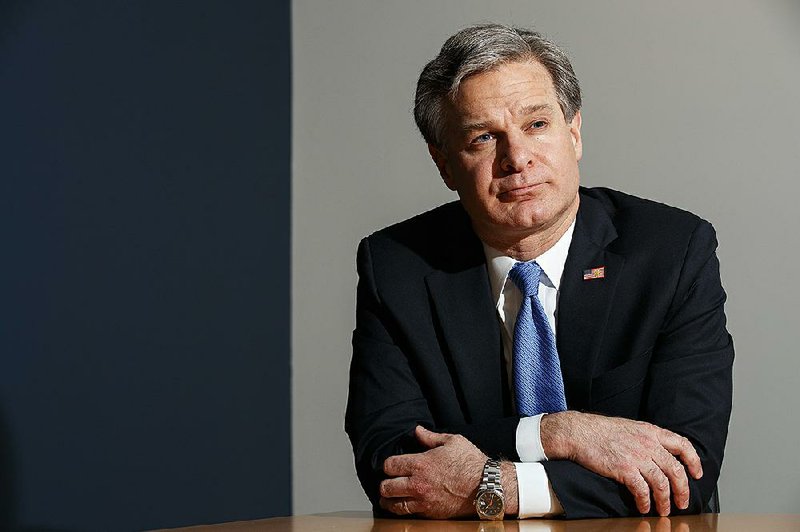 The 434-page report issued Monday by Justice Department Inspector General Michael Horowitz concluded that the FBI had an "authorized purpose" when it initiated its investigation, known as Crossfire Hurricane, into the Trump campaign. In doing so, Horowitz implicitly rejected assertions by the president and fellow Republicans that the case was launched out of political animus, or that the FBI broke its own rules on using informants.

As the inquiry went on and the FBI sought court approval to surveil a former campaign aide, officials repeatedly emphasized damaging information they heard about Trump associates and played down exculpatory evidence they found, the report said. The bureau promptly indicated that it would implement dozens of corrective measures in response to Horowitz's report and that disciplinary action remains a possibility.

Conservatives and liberals alike claimed victory in the report -- with Republicans asserting it exposed serious wrongdoing while Democrats said it validated the Russia investigation.

The report, which was based on more than 1 million documents and more than 170 interviews, is the most exhaustive assessment to date of the investigation that roiled Trump's presidency and would ultimately be taken over by special counsel Robert Mueller.

In a statement, Attorney General William Barr disagreed with one of the inspector general's key conclusions, saying the FBI launched an investigation of a presidential campaign "on the thinnest of suspicions that, in my view, were insufficient to justify the steps taken. It is also clear that, from its inception, the evidence produced by the investigation was consistently exculpatory." So, too, did a U.S. attorney based in Connecticut, John Durham, whom Barr hand-picked to conduct an investigation similar to that of Horowitz.

"Our investigation has included developing information from other persons and entities, both in the U.S. and outside of the U.S.," Durham said in a statement. "Based on the evidence collected to date, and while our investigation is ongoing, last month we advised the Inspector General that we do not agree with some of the report's conclusions as to predication and how the FBI case was opened."

Durham also noted that he had access to more information than Horowitz did, an apparent reference to Durham's trips to meet with foreign intelligence officials overseas and to his examination of any role the CIA played in how the FBI confronted Russia's election interference in 2016.

Speaking Monday on MSNBC, former FBI Director James Comey took aim at Durham, saying he "can't make any sense" of the statement he issued disagreeing with the inspector general, and predicting that if the prosecutor does not find information to satisfy Trump, someone will be assigned to investigate him.

"Don't be a part of the sliming of the IG and the department as a whole," Comey said. "Do your work."

[Video not showing up above? Click here to watch » https://www.youtube.com/watch?v=V5uikRvh3mQ]

Politicians of both major parties seized on various portions of the report that supported their long-held views on the Russia probe.

Sen. Richard Blumenthal, D-Conn., said the inspector general had "completely demolished" some of conservatives' assertions about the origins of the probe, though investigators did find some problems. Sen. Dianne Feinstein, D-Calif., noted that Trump had called the case a "hoax" and a "witch hunt," and asserted that the report "shows that simply isn't the case."

Senate Democratic leader Charles Schumer of New York said the report makes clear that the basis for the FBI's investigation was "valid and without political bias."

Rep. Mark Meadows, R-N.C., a Trump ally, meanwhile, said "this is not a good day for the FBI."

"There's more than enough evidence in this report that would suggest a major overhaul in terms of policies and procedures," he said.

Rep. Devin Nunes, R-Calif., said the inspector general report showed that a previous assessment authored by Republicans on the House Intelligence Committee about the FBI's surveillance activities directed toward the Trump campaign "was accurate and actually understated the FISA abuse the dirty cops engaged in." FISA refers to the Foreign Intelligence Surveillance Act.

Representatives for those who led the inquiry and have become frequent targets of attacks from the president said Horowitz's findings vindicated their clients.

Michael Bromwich, a lawyer for former FBI Deputy Director Andrew McCabe, noted that the inspector general "found an ample factual basis for the launching of the Russia investigation," and that those errors that were documented "took place at multiple layers below" McCabe.

Aitan Goelman, a lawyer for former FBI Deputy Assistant Director Peter Strzok, said, "This independent Department of Justice report confirms what everyone who has worked with Pete Strzok already knew -- in 25 years of protecting our country, his personal opinions never impacted his work as an official of the FBI."

"Those who recklessly deny this truth for political gain do a grave disservice," he said.

Horowitz was particularly critical of applications the FBI made to the Foreign Intelligence Surveillance Court to monitor former Trump campaign adviser Carter Page, asserting that those applications contained "significant inaccuracies and omissions" and that agents "failed to meet the basic obligation" to ensure the applications were "scrupulously accurate."

The inspector general found that "so many basic and fundamental errors were made by three separate, hand-picked teams on one of the most sensitive FBI investigations that was briefed to the highest levels within the FBI," that he concluded there was a failure of "not only the operational team, but also of the managers and supervisors, including senior officials, in the chain of command."

Among those failures was the growing body of information the FBI had gathered suggesting former British spy Christopher Steele -- whose reports were a key element justifying the surveillance of Page -- was not as reliable a source as officials had described to the court.

"As the FBI obtained additional information raising significant questions about the reliability of the Steele election reporting, the FBI failed to reassess the Steele reporting relied upon in the FISA applications, and did not fully advise" Justice Department officials of those issues.

As a result of those findings, Horowitz has launched a broader audit of Foreign Intelligence Surveillance Act work, to study how systemic those problems may be for applications in counterintelligence and counterterrorism cases. He did not, however, conclude that the bureau's applications to monitor Page should have been rejected.

"We do not speculate whether the correction of any particular misstatement or omissions, or some combination thereof, would have resulted in a different outcome," the report asserted. "Nevertheless, the department's decision-makers and the court should have been given complete and accurate information so that they could meaningfully evaluate probable cause before authorizing the surveillance of a US person associated with a presidential campaign."

The FBI also used informants to surreptitiously record conversations with Trump associates, including one person described in the report as "a high level Trump campaign official who was not a subject of the investigation."

While the inspector general concluded the FBI followed its procedures regarding investigations, it also recommended that in the future, such sensitive investigations involving major presidential campaigns be more closely supervised by the Justice Department. FBI officials told the inspector general that they heard political information in the course of their work, though one senior official said they considered it "extra c***."

FBI Director Christopher Wray said the bureau accepts the findings and plans to make a host of changes, including to how they gather and submit information for surveillance applications.

"I have ordered more than 40 corrective steps to address the report's recommendations," Wray said. "Because our credibility and brand are central to fulfilling our mission, we are also making improvements beyond those recommended," adding that the FBI "will not hesitate to take appropriate disciplinary action if warranted at the completion of the required procedures for disciplinary review."

The inspector general also found that an FBI lawyer is suspected of altering an email to make it appear that an official at another government agency had said Page was not a source for that agency, even though he was.

Agents were concerned that if Page had worked as a source for another government agency, the FBI would have needed to tell the surveillance court about that, the report said, and contacted the other agency to obtain additional information. But the FBI lawyer "did not accurately convey, and in fact altered, the information he received from the other agency," the report said.

That conduct is now being investigated as a possible crime by Durham, the U.S. attorney in Connecticut, according to people familiar with the matter.

The inspector general also found instances of Page and Papadopoulos making exculpatory statements to FBI informants, but those were not provided to the lawyers overseeing the Page surveillance. At one point, Papadopoulos told an FBI informant the Trump campaign "of course [does not] advocate for this type of activity because at the end of the day it's ... illegal" and that "our campaign is not ... engag[ing] or reaching out to WikiLeaks or to the whoever it is to tell them please work with us, collaborate because we don't, no one does that." The anti-secrecy group WikiLeaks obtained and published stolen emails damaging to Hillary Clinton's campaign.

Another key finding by the inspector general is that the FBI used a national security briefing to the Trump campaign in August 2016 seeking to further its collusion investigation. The FBI provides intelligence briefings to major party candidates to warn them about the risks posed by foreign intelligence operatives, but in this case, the briefing had a secondary, unstated purpose -- to put an agent working on the Russia collusion investigation in the room with Trump national security adviser Michael Flynn, and report back about what Flynn said.

"The FBI's use of this briefing for investigative reasons could potentially interfere with the expectation of trust and good faith among participants in strategic intelligence briefings," the report concluded.

Horowitz is scheduled to discuss his findings Wednesday during a public hearing before the Senate Judiciary Committee. 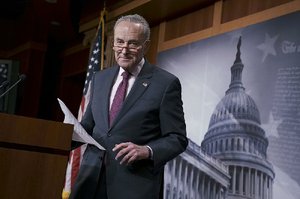