The Arkansas Board of Education on Thursday approved the terms for reconstituting the state-controlled Little Rock School District upon a November election of a local school board for the 23,000-student system.

The reconstitution plan, proposed by Education Board member Chad Pekron of Bryant and approved 8-0, states that as long as the district is classified as needing Level 5/intensive support in the state's school accountability system, the elected school board in Little Rock will be prohibited from doing the following without state board approval:

• Recognizing any employee bargaining agent or altering the selection of the district's personnel policy committee.

• Filing litigation other than what Pekron called routine contract litigation against vendors and contractors.

The vote is the culmination of several months of heated debate between the Education Board and residents of the Little Rock district in advance of the expiration next month of the five years in which the state can control a district without either returning it to a local school board or consolidating, annexing or reconstituting it if exit criteria have not been met.

Pekron said that as far as he is concerned there will be no more Education Board discussion about reconstitution of the Little Rock district and that the Education Board will at its January meeting discuss criteria for the district's exit from the Level 5/intensive support category that is based in part on poor student achievement at some of the district's more than 40 schools.

"I know a lot of people think we haven't listened," Pekron said Thursday. He asked the audience "to compare where we are now to where we were three months ago" with an initial state proposal that would have kept some of the district's lowest achieving schools under state control.

"We heard you," Pekron said. "You didn't like that. We backed away from that. We won't agree on everything but we have moved a long way and that is important," he said, adding that the district and the state Division of Elementary and Secondary Education must collaborate.

At the same eight-hour meeting Thursday -- during which several audience members pleaded and argued for a return of the Little Rock district to local control without conditions -- the Education Board also voted to require the reconstitution of the Hall High School staff for the coming school year and to rename Pinnacle View High School of Innovation, which now consists of a ninth grade with 65 students, to West High School of Innovation with its own principal separate from that at the adjoining Pinnacle View Middle School.

Those newly approved plans -- some generated by Key, some by Superintendent Mike Poore and others by the Little Rock Community Advisory Board -- include:

• Establishing Hall High as a districtwide magnet school without an attendance zone but with a focus in ninth through 12 grades this coming school year on medical professions and computer science, as well as making Hall the district's sole site for Arkansas Activities Association-sanctioned eSports extracurricular activity. Eighth graders at Forest Heights STEM Academy will be given first preference for enrollment at Hall.

• Forming a magnet program within the new Southwest High that will be open to students districtwide and centered around a Ford Next Generation Learning model career academy.

Key, who acts in place of the school board in the Little Rock district and has the authority to make decisions on district personnel, policies and finances, said he was putting "a pause" or a delay for one year plans to convert what is now J.A. Fair High School into a kindergarten through eighth grade school. That plan envisions the closing of Henderson Middle, and Romine and David O. Dodd elementaries.

Plans for Hall High created the most debate at the Thursday meeting.

Key in his plan said that work done to improve teaching and learning at Hall is "notable and the data indicate that progress is being made," but to "truly meet the needs of students and the community ... a bolder step is needed," that being the magnet program focused on science, technology, engineering, arts and math.

Education Board member Sarah Moore of Stuttgart made the motion to reorganize the Hall staff, meaning that all positions will be declared vacant and applications taken from any and all interested candidates to fill the jobs. She said that process was used in creating the Forest Heights STEM Academy, which is a state-graded A school, several years ago.

Moore said 65% of Hall High students graduate in four years and that only 6% of the ACT Aspire test-takers at the school score at desired ready level in reading, as do 4% of the test-takers in math.

"I don't see reorganization of the school being micromanaging the school. I'm not saying who the principal should be and I'm not saying who the staff should be, but the principal should have the opportunity to retain the best staff, hire new staff or just train the staff they have in the models that will meet the needs of the school and attract other students there. We know that a more diverse pool of race and socio-eonomics really lifts the boats of all."

Moore initially proposed that all positions for Southwest High also be declared open for application but was told that was already being done. Teachers at McClellan and Fair high schools -- which will be closed next year -- are not automatically being placed at Southwest.

In response to questions about Hall, Poore, the superintendent, noted that the state-graded F school has met or exceeded its growth goals for two consecutive years on state exams. Additionally, no teachers at the school have been provided with growth plans for improvement because of teaching deficiencies.

Board members Moore, Pekron, Kathy McFetridge of Springdale, Charisse Dean of Little Rock and Ouida Newton of Leola voted for the reorganization. Board members Brett Williamson of El Dorado, Susan Chambers of Bella Vista and and Fitz Hill of Little Rock voted against the proposal.

Dean said she wanted to give the Little Rock district the best opportunity for success under local control.

Chambers had lobbied her board colleagues for taking "a light touch" in regard to oversight of a locally governed district.

"So did you just fire Hall -- all the teachers at Hall High pursuant to rehire right here in front of everybody?" audience member Chris Danforth demanded from the auditorium's front row after the board's vote on Hall. "You killed the teachers' union and fired everybody?" he shouted, just before he was escorted out of the auditorium by two state Capitol police.

McFetridge told the audience that she was "extremely excited" about the prospects for the district, in part because of Little Rock's mayor becoming involved. She also said she was appreciative of the public turnout for the board's recent meetings.

Poore said he didn't think a name change was necessary right now but that could come later when eventually a traditional high school will have to be established in that growing part of the city.

The board was initially tied on the name change, with McFetridge, Moore, Pekron and Hill voting for it and Williamson, Dean, Chambers and Newton voting against it. Education Board Chairwoman Diane Zook of Melbourne and Little Rock broke the tie in favor of the new name.

As has been the case for the past several months, multiple audience members -- including parents and lawmakers -- addressed the Education Board at different points on Thursday in regard to the Little Rock district.

Stacey McAdoo of Little Rock Central High, who is Arkansas' Teacher of the Year and an ex officio member of the Education Board, told her board colleagues that it feels like they "want to give back what you want and not what the people want."

Sen. Will Bond, D-Little Rock, accused the Education Board of continuing to inflict whiplash on the Little Rock community with its proposals and actions that create constant upheaval and chaos in the district to the benefit of other education providers.

"It is time for local control," he said. "It may not be perfect, but it is American and it is required by the law," he said.

Clarke Tucker, a former state legislator, said the Education Board is obligated by law to establish rules for the district's exit from state control. The criteria have been a moving target, he said, and constitute a failure to act by the board.

"I get the feeling lots of times that you think you have absolute undefined unregulated authority and that is not the case under the law," Tucker said. He said the conditions imposed on the district's reconstitution -- as contained in Pekron's motion -- are examples of that.

Tucker also said that the state is only allowed to have five years of control, but he said a six-year span has been engineered by the Education Board in light of the election to be held next November. The five years expires in January.

Parents Ali Noland and Julia Taylor pointed out that the Little Rock district community is highly engaged in the school district operations and ready to take back the operation of the district. Noland said the Education Board can't take credit for the positives in the district without also accepting responsibility for ongoing problems.

Rep. Tippi McCullough, D-Little Rock, cautioned the board against speaking flippantly about teachers and expressed disappointment in the district's withholding a day's pay this month for those employees who participated in a one-day strike on Nov. 14.

In contrast to many of the speakers Thursday, Jeff Wood, who is chairman of the district's Community Advisory Board, appealed to the Education Board to do "bold things" for Hall. He said that the high school rezoning plan advanced by Key earlier in the meeting is 100% dependent on success at Hall as well as on a school in the northwest part of the city.

"You can't put lipstick on a pig," he said about a weak effort at Hall, adding that without success at Hall in attracting students, Central High will be overwhelmed with students. He said the high schools -- including one in the northwest part of the city -- must be exciting places for students to be. 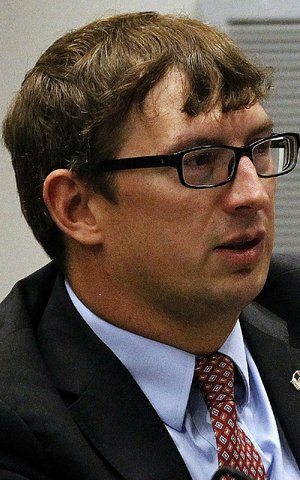 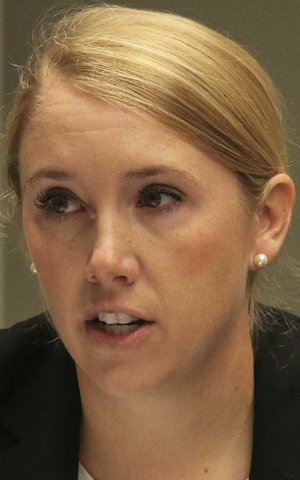 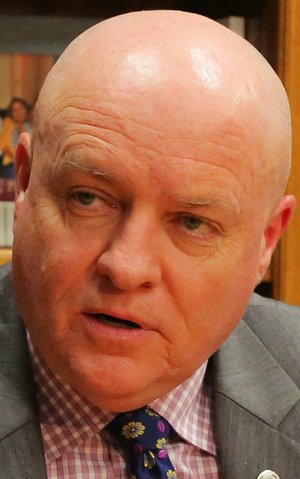 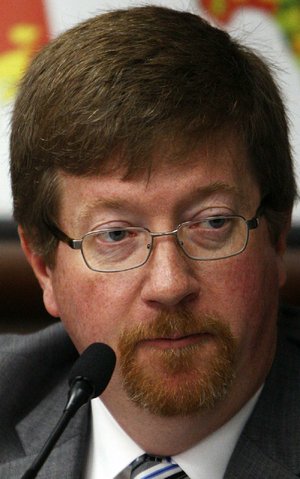 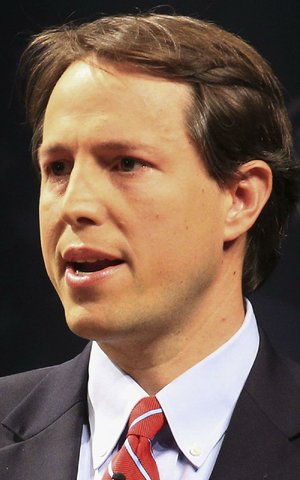 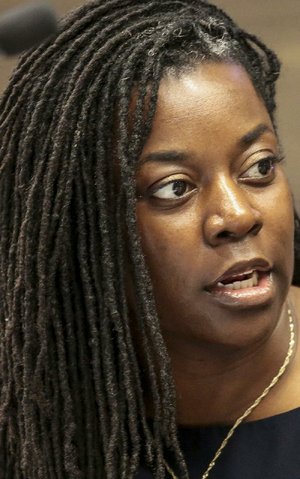 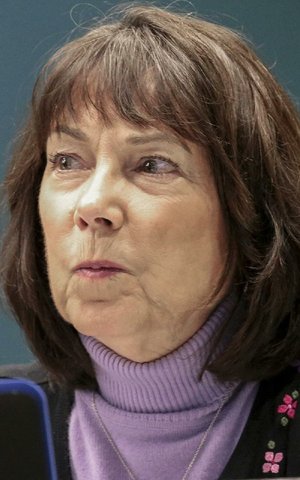