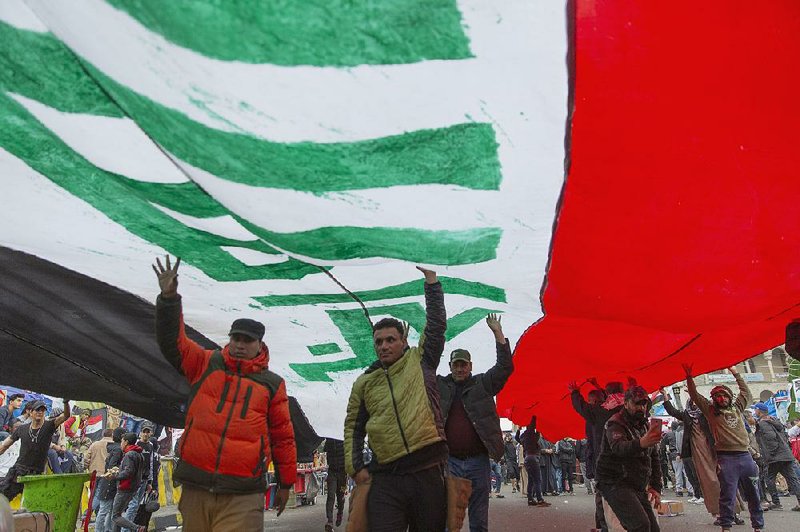 BAGHDAD -- Iraq's top Shiite cleric Friday denounced the killing of a teenager whose body was strung up by his feet from a traffic pole in a Baghdad square, as conflicting versions emerged about what led to the 16-year-old's death.

Security officials initially told The Associated Press that he had been beaten to death by an angry mob after he killed four anti-government protesters and two shopkeepers in a shooting rampage. The officials, who spoke on condition of anonymity in line with briefing regulations, provided what they said were the names of four of those killed, saying they ranged in age from 18 to 31.

Spokespersons for the ministries of interior and health said Friday only that the teen had been killed. Interior Ministry spokesman Brig. Gen. Khaled al-Muhanna said an investigation into the incident was ongoing.

Grand Ayatollah Ali al-Sistani, the nation's top Shiite cleric, on Friday called the teen's killing a "horrific crime" that must not be repeated and called on Iraqi authorities to hold the perpetrators accountable.

In his weekly sermon, delivered by a representative, al-Sistani also condemned recent killings, kidnappings and assaults on protesters. He added that only the judiciary has the authority to inflict punishment on offenders of the law.

[Video not showing up above? Click here to watch » https://www.youtube.com/watch?v=6Fgj4Uj36rU]

Officials in Iraq often provide conflicting accounts of the same incident, particularly in the context of Iraq's chaotic anti-government protests. The demonstrations have been marked by bloodshed and almost daily confrontations, with security forces firing live ammunition and tear gas at demonstrators. More than 450 people have been killed, most of them shot in the head and chest by security forces. More recently, there have been stabbings, kidnappings and killings by unidentified assailants targeting protesters and activists.

On Thursday, a mob strung up the body of the 16-year-old in Baghdad's al-Wathba square as dozens pointed their cellphones at the scene.

Security officials initially said the teen had been wanted by police on drug-related charges and was running from security forces before opening fire and killing six people. Some videos circulating on social media showed him being beaten and dragged across the street.

However, other videos showed security forces with pointed guns surrounding a house where the teen apparently had taken cover, raising the possibility he may have been killed by police.

Al-Sistani's opinions hold sway over many Iraqis, and he has largely sided with anti-government protesters by calling on political parties to implement serious reforms and withdrawing support for the government of Prime Minister Adel Abdul-Mahdi, which led to his resignation last month.

Protesters were quick to distance themselves from Thursday's violence in a collective statement in which they condemned the incident and said those who carried it out were not part of their movement.

Referring to the incident in Khilani, al-Sistani said the attack as well as targeted assassinations and kidnappings in recent days reinforced previous calls by the Shiite religious establishment that "all weapons must be in the hands of the state," he said.

The leaderless uprising engulfed Baghdad and the predominately Shiite southern provinces on Oct 1, when thousands of Iraqis took to the streets to decry rampant government corruption, poor services and scarcity of jobs. 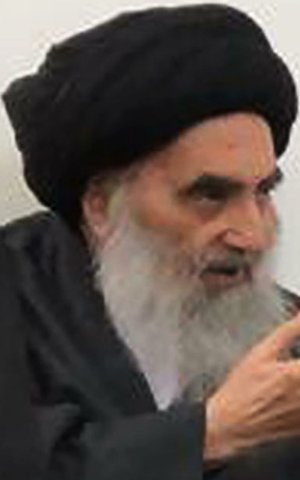