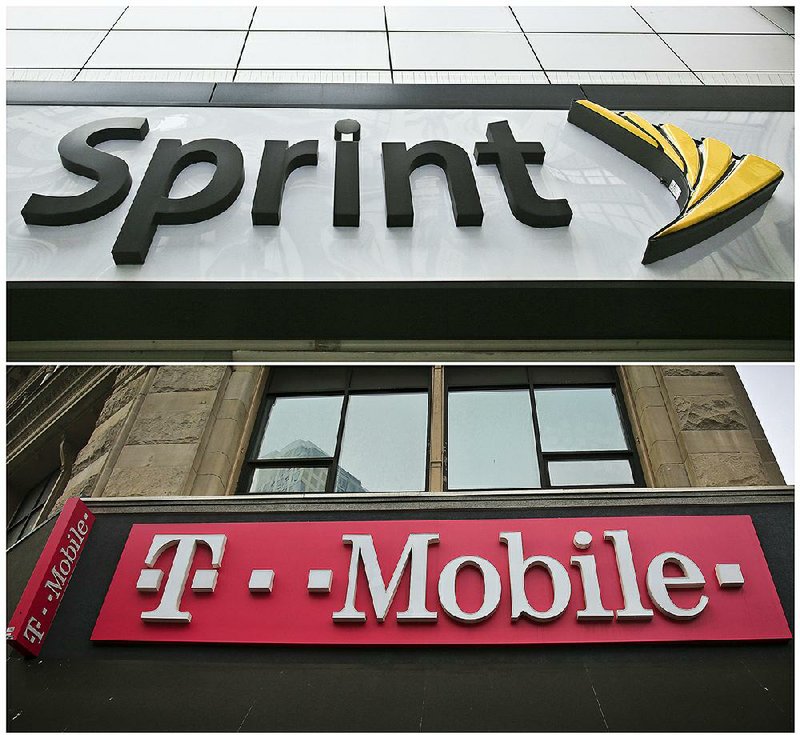 The U.S. Justice Department has approved a merger between T- Mobile and Sprint, but 14 state attorneys general have filed suit to block the merger, saying it would raise costs for consumers.

NEW YORK -- T-Mobile Chief Executive Officer John Legere said Thursday that if his company's $26.5 billion deal to buy Sprint fails, it may have to raise prices to slow user growth and relieve stress on the T-Mobile network. He said that would be his "worst nightmare."

Legere's testimony came on the fourth day of a high-profile antitrust trial. Fourteen state attorneys general are suing to block the combination of T-Mobile and Sprint. They say the deal would cost consumers billions.

The trial with the states is a major hurdle for T-Mobile, but federal regulators have already cleared the merger. The Justice Department approved it after T-Mobile and Sprint agreed to set up satellite TV provider Dish as a new wireless competitor. The states say that's not enough.

Legere's testimony regarding T-Mobile's potential pricing strategy Thursday stemmed from a September 2019 T-Mobile document that made projections about T- Mobile's future as a standalone company in 2020.

A lawyer for the states, Glenn Pomerantz, laid out evidence that T-Mobile had options beyond acquiring Sprint that would let it obtain more spectrum, the airwaves that signals travel over and the lifeblood of a wireless network. Adding spectrum would shore up the network from the strain of its growing user base.

Pomerantz presented an email Legere sent in June 2015 saying that a potential acquisition of Dish "super-charges" T-Mobile, the same language T-Mobile has used to describe its Sprint deal. Dish, like Sprint, has lots of spectrum, having spent $21 billion buying it. Legere said he liked the possibilities of that deal but that T-Mobile wasn't able to complete it.

U.S. District Judge Victor Marrero, who is presiding over the trial, expressed skepticism about one of the companies' central defenses: that Sprint is doomed without the deal.

Marrero asked Legere why Sprint couldn't turn itself around. Legere has credited his own leadership with rescuing T-Mobile but claimed a merger was needed to save Sprint, Marrero noted.

"The implication is that if T-Mobile is able to achieve this upheaval and overhaul, why not Sprint, without the merger?" Marrero asked.

"The financial situation that T-Mobile was in was dire, but nothing compared to the distress that Sprint is in at this point in time," he told the judge.

Sprint doesn't have the same financial backing or the shareholder support that T-Mobile had at the time, Legere testified, adding that Sprint would be "sold for parts" without the merger.

Sprint has posted an annual net loss for four of the past five years and has accumulated $44 billion in total debt.

"If T-Mobile can't prevail in Judge Marrero's court, the next time we see Sprint might be in bankruptcy court," said Walter Piecyk, an analyst with LightShed Partners LLC.

Marrero asked Legere why a post-merger T-Mobile wouldn't simply become one of the market leaders he mocks, Verizon Communications Inc. or AT&T Inc., using the analogy of "flower children" in the 1960s growing up to become "investment bankers on Wall Street."

"That's a club that they wouldn't let me join even if I wanted to," Legere responded. "I'm probably the most hated person by those two players on the planet."

The 61-year-old CEO, who is to be succeeded by President and Chief Operating Officer Mike Sievert in May, also defended a January 2017 text exchange with representatives of Deutsche Telekom AG, T-Mobile's majority shareholder, in which he said the "regulatory environment will never be better" for "4 to 3."

In many industries, mergers which shift the number of major competitors from four to three typically receive added scrutiny.

Legere said his use of the phrase was intended as lighthearted "cheerleading" for the benefit of Thorsten Langheim, the head of Deutsche Telekom's U.S. business, who was having a "tizzy fit" about the deal's prospects. Legere said it was Langheim who started using the phrase to discuss the Sprint deal.

The trial comes more than a year after T-Mobile and Sprint announced their deal, claiming together they could better compete with Verizon and AT&T while speeding deployment of the next generation of wireless technology known as 5G.

Information for this article was contributed by Tali Arbel of The Associated Press; and by Erik Larson and Scott Moritz of Bloomberg News.