For more years than I can count, we have been hosting a party with our good friends and neighbors Barry & Patsy. Barry & Clay both have worked for the Arkansas Democrat-Gazette for years. They each used to host their individual staff parties and invite other staff members too, so there was overlap. Since we only live a couple of blocks apart, it made sense to combine the two parties into one. Originally it was just work people, then we started adding a few other friends, and now it is just a big party, and so much fun!

I have to admit that this year it was the easiest ever. I started making some of the appetizers early in the week 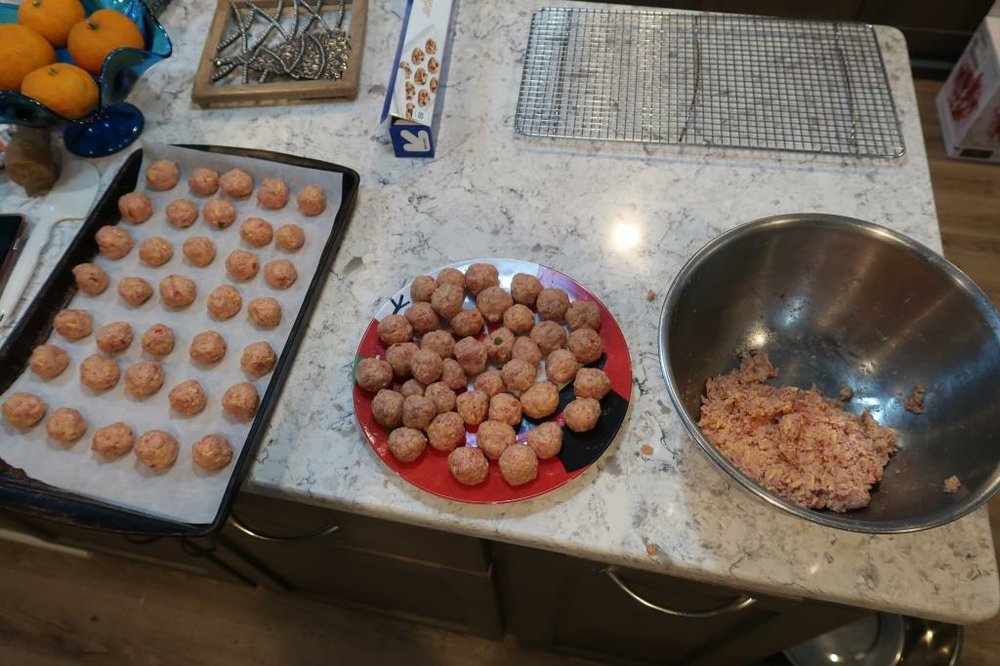 and freezing some and storing others. 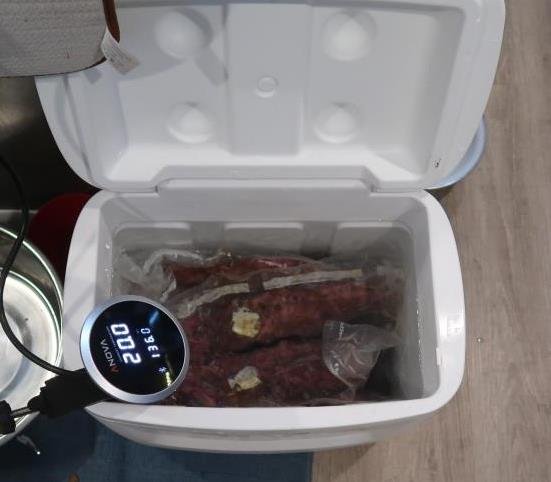 By Thursday all the heavy cooking was done, the house was completely set up, 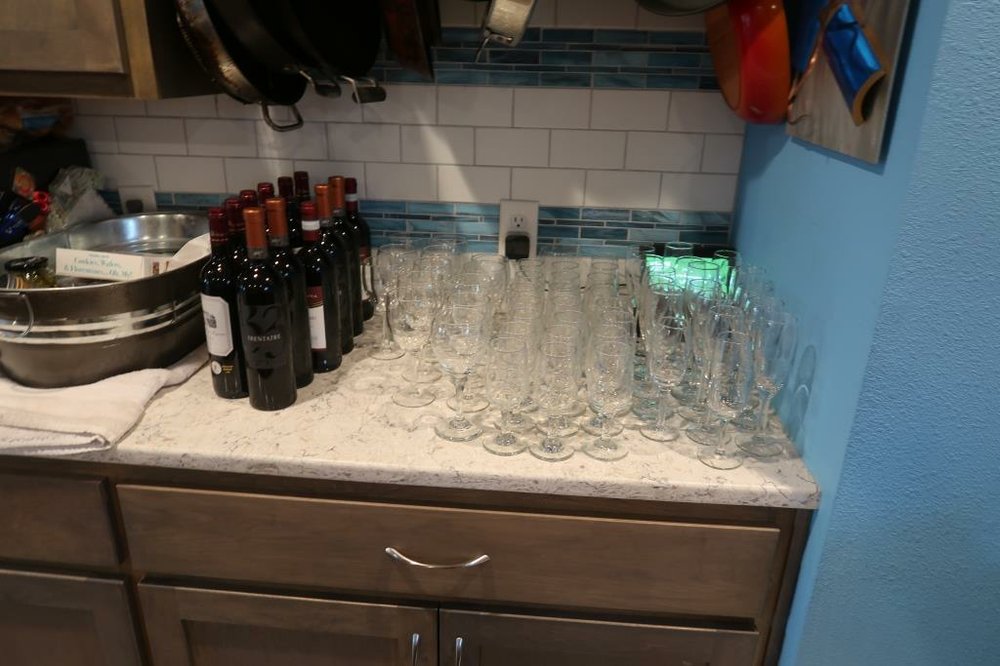 and I let my cleaning ladies work their magic on Friday. All that was left was errands, and then the reheating or doing the things that have to be done on party day. So simple. I had the table laid out with serving dishes and labeled what went where (then people would know what they were eating). 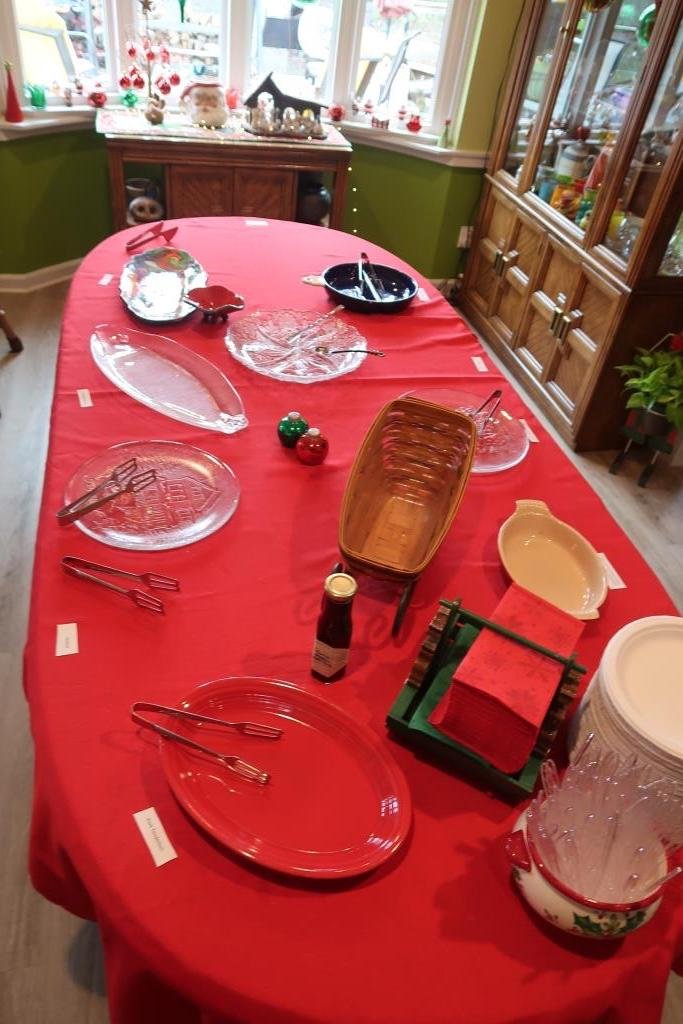 I even wrote out a timeline of when everything had to get out of the refrigerator, into the oven, iced down, etc. Barry and Clay followed along! I had help with the cooking--Barry did several things, Kyle made a few and Katie helped out with cookies. 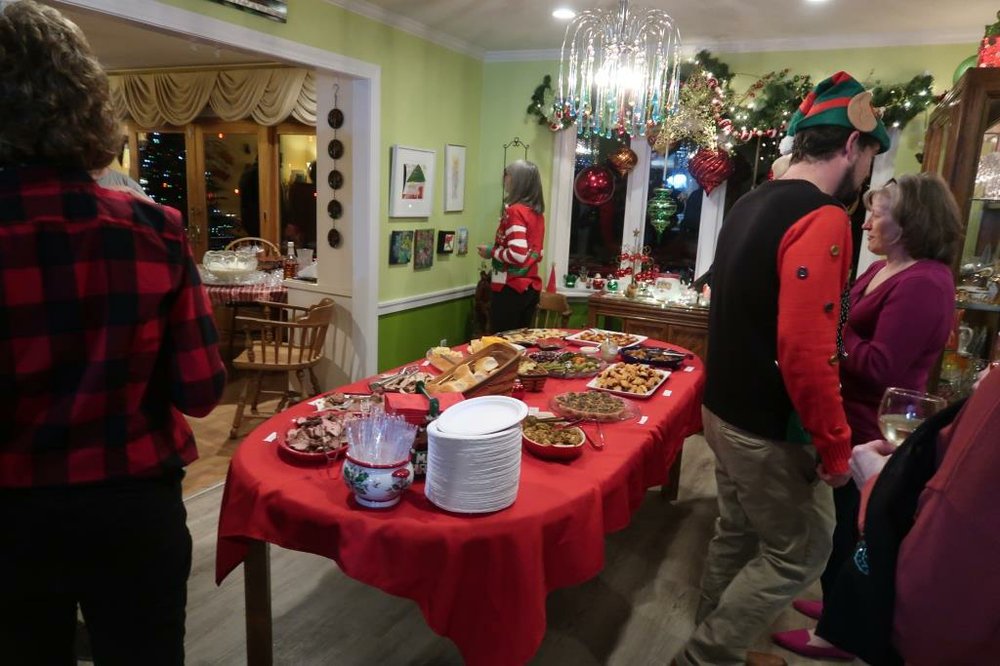 It was all hands on deck getting everything on the table before people arrive, and then Patsy helped immensely with me to make sure dishes stayed replenished.

We had a great turnout and it is so much fun reconnecting with everyone. When it starts people enter in a trickle, and then it is an explosion! I quit taking pictures when it got too busy. 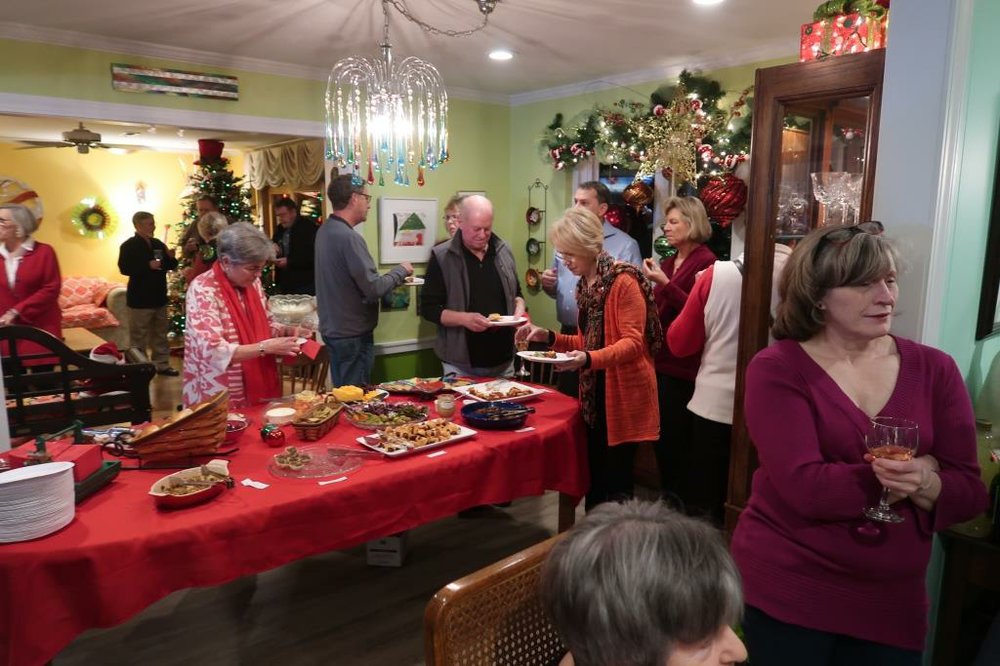 Some folks I just see once a year, while others I see almost weekly. 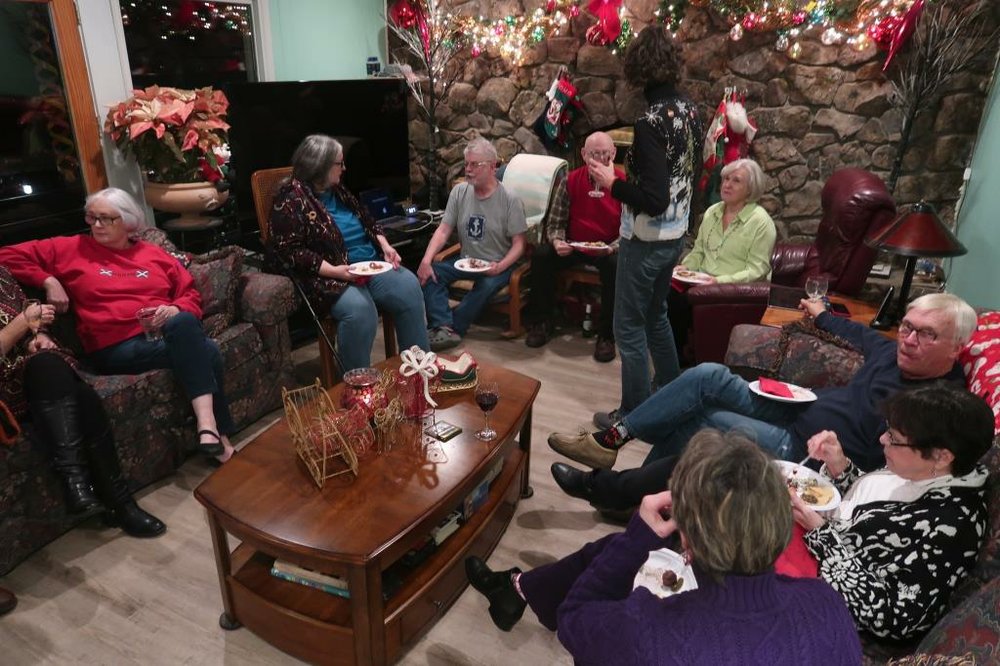 My new sidewalk was a hit with everyone--the old one was awful and really not safe. This one made such a difference. They all liked my decorations too. With a large crowd, came parking woes for some. My son suggested that next year I run a shuttle from the nearest church--LOL. My neighbors might appreciate that.

After the last guests left, we packaged up the leftover food, started the dishwasher and left the rest until today. By noon, the house was back to its original state (the floors maybe not so much), with all dishes cleaned and put up and we are ready for the next round. I also did my evaluation which I do after every event. I write down how much food and drink we bought, how much was left, and how many people came. I have records that go back for years. It helps with planning the next event. This year I even added notes on what to improve on for next year! I know that entertaining stresses some people out, but it energizes me. Happy Holidays.