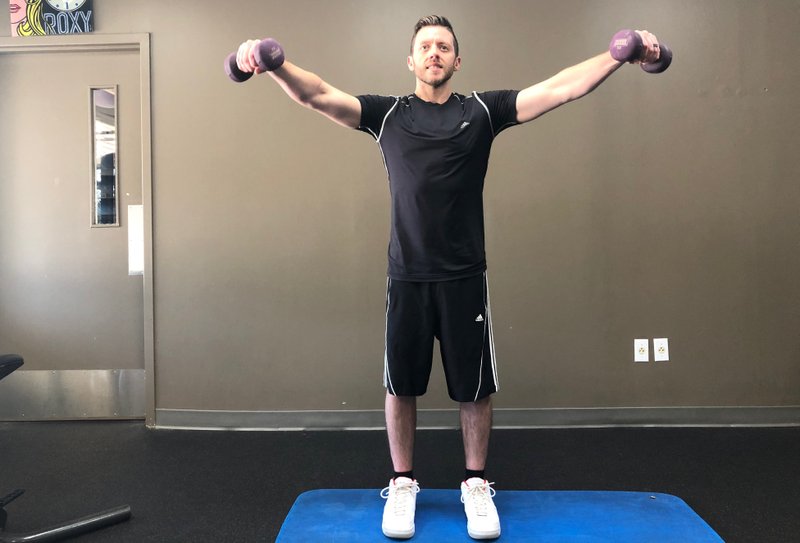 In my experience, certain muscle groups are just better suited for endurance training than others. Muscles that support fine motor skills, as well as those involved in rotational movements, are two examples that come to mind.

But I know that from experience. How can you tell when the muscles you want to work are the kind that will respond well to increased repetition count and lower resistance — based solely on their physiological tendencies?

All muscle groups are not created equal, especially in terms of their form, function and injury risk. For this reason, it's important to think of resistance levels and repetition counts as changeable factors depending on the muscle groups involved in a given exercise. As a general rule, one should use lower resistance and higher repetition ranges for smaller muscle groups, or those in areas of the body that are frequently injured.

I classify smaller muscle groups as those not included in the "primary eight": shoulders, quadriceps, gluteals, hamstrings, biceps, triceps, chest and latissimus dorsi. So, the calves, forearms and other minor muscle groups would fall into the "smaller" category under this rule.

I feel it's not worth the risk to use high resistance levels for the smaller muscle groups, as their range of motion is usually limited and there's no real upside to heavy lifting in these areas. The larger muscle groups definitely need to be challenged with higher resistance as they are capable of producing much more power based on the amount and size of muscle fibers involved.

The function of a muscle group is also an important consideration in terms of resistance levels and rep ranges. It doesn't make sense to perform three repetitions under high resistance for a lower back exercise when the function of those muscles is more about long-term support and endurance. This is why an isometric movement or 20+ repetition exercise is often chosen for the foundational muscle groups in the core — such as the lower back.

This week's exercise is a great demonstration of a traditional strength movement that's been altered to one that's more endurance based. The 3-Way Shoulder Raise is particularly effective for those looking to build up shoulder endurance with very low risk for injury.

1. Select a pair of light dumbbells and stand with your feet shoulder-width apart.

2. Hold the dumbbells at your sides with the palms facing you.

3. Perform a lateral raise by raising each dumbbell while keeping the arms straight (soft elbows).

4. As the dumbbells become parallel with the shoulders, slowly lower back down.

5. For the second rep, move the dumbbells slightly closer to your body's midline (about 45 degrees from the shoulder) and perform another shoulder raise, then lower back down.

6. Slide the dumbbells closer to the body's midline and raise again, this time performing a front raise with the dumbbells directly in front of the body.

7. Once you've done all three raises, reverse the repetition order and move outward.

8. Continue for nine total repetitions, performing three of each type of raise.

The 3-Way Shoulder Raise is fantastic because the repetition design demands endurance. There's no need to slow down each repetition too much, but the sheer number of repetitions forces one to use lower resistance levels in order to finish the set. Enjoy!