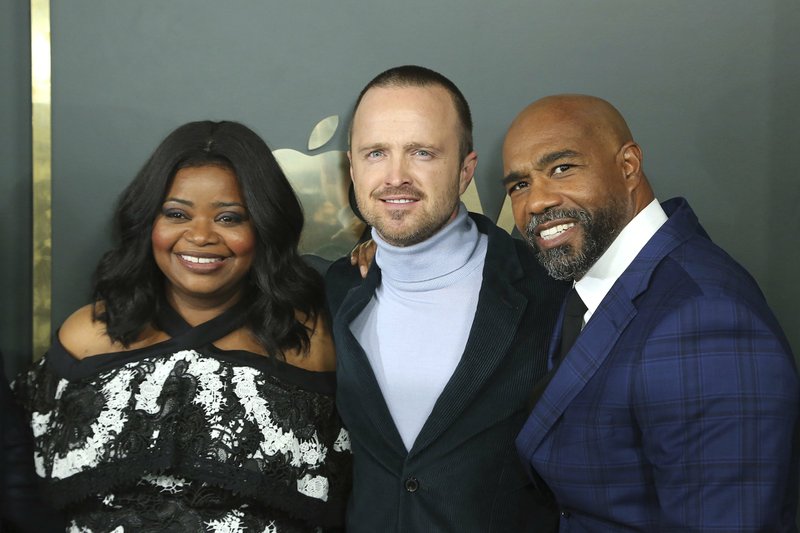 In case you hadn't noticed, 2019 was a really big year in podcasting. As the year draws to a close, podcasting's move into the mainstream has gotten some notable attention that promises to make 2020 an even better year for the exploding medium.

For evidence that the medium did in fact explode, Cincinnati-based podcaster Daniel J. Lewis used a page on his mypodcastreviews.com website to track the podcast industry's growth. According to a news release from Lewis, more than 800,000 valid podcasts are available to download in Apple Podcasts. The release says that podcasting was invented in 2004 by Dave Winer and Adam Curry, and Apple's iTunes store started supporting them June 28, 2005.

People who give out awards have noticed the explosion, including the Pulitzer Prize Board.

"The renaissance of audio journalism in recent years has given rise to an extraordinary array of nonfiction storytelling. To recognize the best of that work, the Pulitzer Board is launching an experimental category to honor it," Pulitzer administrator Dana Canedy said.

According to a statement on pulitzer.org, the contest for Audio Reporting and all other journalism categories opened on Monday and the deadline for all submissions is Jan. 24 at 5 p.m. EST. Audio entries must be submitted without preroll advertising.

"News organizations currently eligible to compete for the Pulitzer Prize — 'U.S. newspapers, magazines, wire services and online news sites that publish regularly' — will be permitted to enter audio stories in this new category, as will independent American producers and U.S. radio broadcast outlets. Non-U.S. outlets are ineligible. Eligibility rules for the other 14 journalism categories will remain intact.

"All entries must adhere to the highest journalistic principles, including a commitment to honesty with both audiences and subjects. Rigorous and transparent sourcing will be an important factor in the judging."

What's more, the Radio Television Digital News Association (RTDNA) announced last week that it, too, is adding a podcast category for its 2020 Edwin R. Murrow Awards. "RTDNA has been proud to present the most prestigious awards in broadcasting and digital news since 1971, and we look forward to continuing to honor the best-of-the-best as news formats evolve," Executive Director Dan Shelley said in a news release. The entry period opened Thursday and lasts until Feb. 14. For rules and more information, visit arkansasonline.com/1217Murrow/.

Apple opened the door for podcasting, so it makes sense that its new Apple TV+ service would have the first television series about a true-crime podcast.

Streaming now is Truth Be Told, starring Octavia Spencer as Poppy Parnell, a journalist with a podcast that re-examines a murder case in which a teenager was convicted but new evidence comes to light years later. Turns out, Parnell's stories had helped incriminate the teen, so she starts a podcast to take another look at the case.

According to a report by france24.com, the drama might remind folks of ­real podcasts, but it's actually based on a novel, Are You Sleeping, by Kathleen Barber.

"There's a kind of wild, wild west danger to that kind of journalism, where there are no checks and balances, and there are no bosses," show creator Nichelle Tramble Spellman told the website.

TV Guide has jumped into the podcast pool with an offering from host Julia Lechner that publishes every Tuesday and Thursday. "Pour yourself a hot cup of cocoa, throw a Yule log on the fire, and enjoy this holly jolly podcast," suggest the episode notes of this seasonal podcast from what was once the go-to publication for all things television.

It was tough, but I managed to stomach about 5 minutes and 22 seconds of it before hitting pause, but those caught up in the Christmas movie craze will eat it up. Episode 14 had Lechner and Entertainment Tonight host and producer Katie Karause talking about Lifetime's Merry Liddle Christmas, starring former Destiny's Child member Kelly Rowland.

Katie265, a reviewer on Apple Podcasts, sums it up best: "The constant giggling is distracting and annoying. Otherwise, a fairly innocuous and enjoyable podcast." Listen to the trailer here: arkansasonline.com/1217All/.

Vulture.com's weekly feature "This Week in Comedy Podcasts" recommends listening to The Complete Christmas, a campy fiction podcast in which actress and comedian Amanda Lund stars. It's the fourth installment of a six-part series that began with The Complete Woman, and it's a silly and fun little story that could easily become annoying. Lund plays Marabel May, "best-smelling author and 1960s self-help guru."

Lund, along with Maria Blasucci, formed the first all-women's podcast network, Earios, which publishes content for and about women. In this episode, Marabel May is under crushing holiday stress, decides to cancel Christmas and is swept away on a Christmas Eve trip orchestrated by her talking kitchen appliances.

Maybe the toaster will tell May that her bit seems a bit cheesy so I won't have to. Form your opinion from the trailer: arkansasonline.com/1217Complete/.

Send podcasts recommendations or questions about podcasting to jmcleod@adgnewsroom.com.