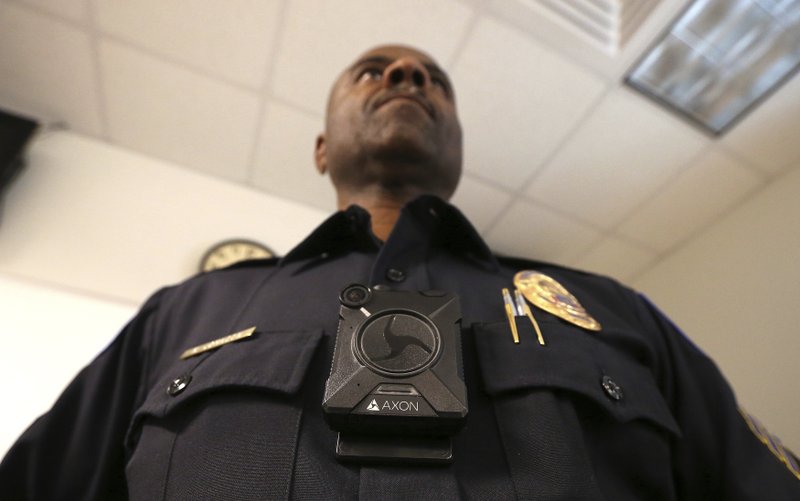 Since announcing in late October that the Little Rock Police Department would purchase body cameras with a federal grant, officers have been testing two different devices.

Police Chief Keith Humphrey announced on Halloween that the department received a $194,000 matching grant from the U.S. Department of Justice to purchase 150 body cameras.

Humphrey estimated then that after a trial period in which officers would test two different body cameras, a committee of law enforcement and city personnel would choose a camera by April. That testing period ended Friday.

Four vendors submitted proposals for the department, which the agency narrowed down to two. Six officers have been testing the cameras in two-week increments since mid-November, police spokesman officer Eric Barnes said.

The next step for the committee, Barnes said, will be to review the input from officers and determine which model of body camera best fits the department's need. If neither does, Barnes said, it is possible the officers will test another of the four vendors' wares.

The department would not release the names of the vendors whose body cameras the officers were testing.

Officer Olen Lakey at the 12th Street Station said he received an email in early November saying he would be among the officers testing body cameras. At the time, Lakey said, he had no strong feelings about officers having the chest-mounted recording devices.

"I didn't really care either way. If someone higher up says I need this, then I'd do it," Lakey said. "Like everything, it's going to show a part of the picture, not the whole picture."

After testing out both camera options, however, Lakey said he appreciated some of the benefits of having a body cam.

Lakey noticed more people approaching him on the street to ask about his body camera or to ask how it worked while he had it on, he said.

"People act differently," Lakey said Friday. "With one of the cameras, you could turn the screen to face them so they can see themselves and they can see they're on camera."

Lakey said that when people he encountered saw themselves on camera, they tended to calm down more quickly. In that way, Lakey said, the cameras can be a security measure for officers, with an added layer of accountability on the citizen.

When asked whether the cameras had the same effect on him, Lakey laughed.

"We're already recorded all the time," Lakey said, explaining that each patrol car has a mounted video camera and that each officer has a lapel microphone that's recording. Lakey said people also often record his interactions on their cellphones and that there are always surveillance cameras around.

"It's not going to change how I act because I already know I'm on camera," he said. "You know you're going to be recorded in some fashion."

If the only functionality of the camera was to add one more lens, then some officers would think it was unnecessary, Lakey's partner Thomas Coleman added.

"We don't need just another camera," Coleman said. "We need to be able to review video. We need GPS. I know a couple of officers that feel that way. ... If it could do more than just record, that would be great."

One of the cameras, Lakey said, had the option to take photos without interrupting the video. Lakey said officers often need to take photos, such as when a domestic violence victim has bruises that will fade before the person goes to court. Officers don't want to use their cellphones, as that would mean evidence is on their personal devices, Lakey said.

Having a body camera that can take photos, he said, means the officer has a way to gather that evidence easily.

The cameras that offer immediate review -- playback on a small screen on the device -- also allow officers to make more complete reports and to catch things they may otherwise miss.

To illustrate this point, Coleman told a story. An officer is dispatched to a robbery at a gas station, Coleman said, and while the officer is walking up to the gas station, he sees a truck speed away. When he gets inside, the clerk tells him the robber was in the truck.

"I'm human; I don't know what kind of truck that was," Coleman said. "But if we can look at the video, maybe I can radio in that it's a black Silverado and the direction it's heading."

One of the cameras Lakey tested had an immediate review option. The other did not. Lakey said one also functioned both as a body camera and as a lapel mike. The other did not have a microphone. One had a GPS capability that would let command know where each officer was at any time.

One camera attached by magnet on both sides of an officer's shirt, and the other looped around the officer's body armor. Lakey said the one that attached with only a magnet could easily rip off, and it did once as he was arresting someone during the trial period.

Lakey said he understood that some officers would not like having an additional piece of equipment to strap on every day, but that the body cameras would go far in improving relationships between residents and police.

"It adds a layer of trust," Lakey said. "The community needs to be able to come talk to us. ... It's about perception."

Lakey and Coleman said they were happy that patrol officers got to test the cameras, adding that the testing period would help administrators to make a decision that best fits the officers' needs.

"Cause, you know, we have to wear them," Coleman said.