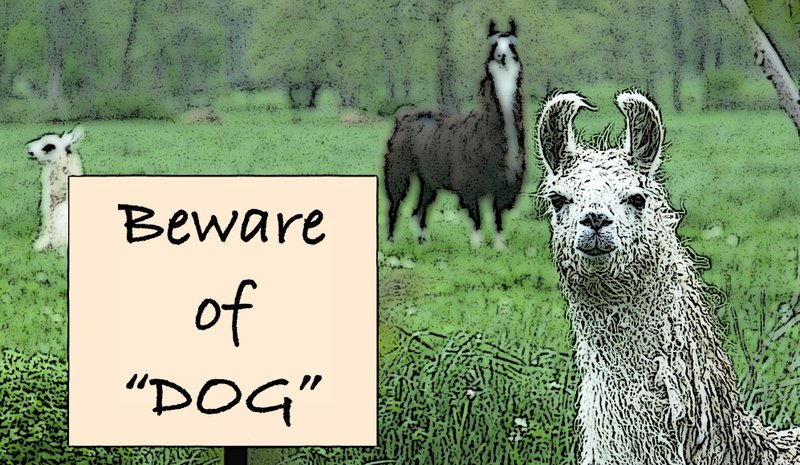 I love finding examples of random quotation marks in sentences. I've written about this amusing practice before, but I was determined to find fresh examples after a reader asked about them recently.

We use quotation marks when we're quoting people. Thus the name.

And you use quotation marks ironically, to be humorous.

The hotel's "executive suite" featured a lumpy bed, a rickety bridge table for a desk, a folding chair and a jar of instant coffee, with no discernible means of boiling water.

Obviously, you don't think this is what an executive suite should contain, so you put the words in quotation marks. As I mentioned in a recent column, this irony is the opposite of what you really mean.

This is why it's comical when people randomly use quotation marks around words they shouldn't. It makes you suspicious of what they truly mean.

I was a big fan of a site called unnecessaryquotes.com. Unfortunately, the administrator has moved on to other pursuits. But some old posts are there, and they'll likely make you laugh. I searched elsewhere, though, and found a few good ones.

What personality trait do these so-called engineers truly have?

So, it's a unisex bathroom?

One bin in a British retail story said:

A sign in the meat section of a grocery store:

Are you really helping me buy a steak?

Written on a birthday cake

"We will miss" you

It was time for you to go, Amber.

And at one of those stores where you use your finger to sign for a credit card purchase:

I don't know what you mean, but I'm using my finger.

A woman posted a photo of herself on Facebook. My friend who was trying to court her wrote in the comments, "Beautiful." Yes, with the quotation marks. No, they didn't become a couple, but I'm not sure whether the misused punctuation was the problem.

The dictionary says both less formal spellings for "mother" are acceptable. The AP Stylebook noted that "mama" seems to appear more often in Associated Press stories.

The American Heritage Dictionary says the origin of the word is "baby talk," so I read a few articles on why "mama" is so often a baby's first word. Many articles said it was because "m" is the easiest sound for a baby to make. But many other articles said that "dada" is a baby's first word because "d" is the easiest sound to make. Hmm. Apparently, no consensus has been reached. And, as always, when I read about studies on why babies do what they do, I was disappointed that the researchers failed to interview a single baby to get the true story.

"Couple" is a word that can take a singular verb or a plural verb, depending on the context of the sentence. That makes me uncomfortable.

When you're talking about something two people would do, you use the plural verb.

The couple were married in June.

When you're talking about the couple as a unit, you use the singular verb.

The couple is buying a house.

That's the part making me uncomfortable. Even though it's technically correct, I think it sounds funny to refer to two people as one unit.

The couple runs a bakery.

I don't care if they've been married for 30 years. They're still two different people. So, yes, this is among my pet peeves, and I always try to write around this conundrum. I'd say, instead:

Sara and Lee run a bakery.

The two run a bakery.

They run a bakery.

IS IT A BIG DEAL?

Years back, two grammar-loving cousins asked me about these two phrases.

It's not that big a deal.

It's not that big of a deal.

Until then, I had no idea this was something people disagreed about, and I had no answer. But recently a reader asked which one is correct.

Most sources say the "of" is unneeded in sentences such as these. It's redundant.

The American Speech journal actually describes the excess use of "of" as the "big of" syndrome. But downloading the article cost $15, so I declined. I did get a peek at the article, however. This syndrome occurs in phrases such as "It's not that big of a crowd" or "How big of a loss was the game?" Those cured of the syndrome omit the "of." And the sentence still makes sense.